We were on the job to visit a park called "Round Top". I knew it was somewhere near Gettysburg. I didn't realize it was right at Gettysburg. In fact, the hill known as Round Top is a well known site in the battle of Gettysburg. Here's Jim 'going to work'. A really nice woodsy park with very friendly folks. 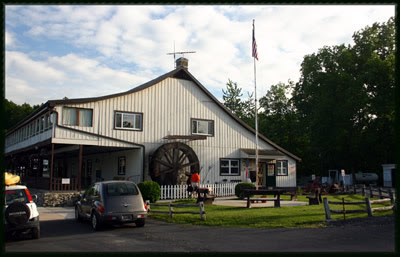 Less than two miles down the road was the Visitor Center for Gettysburg National Military Park and the Cemetery. We finally tore ourselves away to do some sightseeing about 2 hours before we had to be on the road to go to the next park. 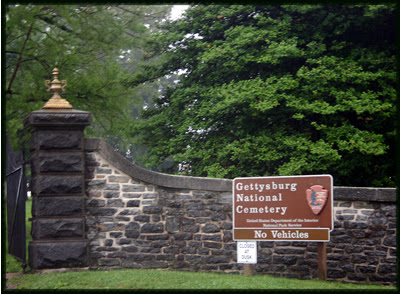 You can't be here without trying to memorize the Gettysburg address: "Four score and seven years ago our fathers brought forth on this continent a new nation, conceived in liberty and dedicated to the proposition that all men are created equal. Now we are engaged in a great civil war, testing whether that nation, or any nation so conceived and so dedicated, can long endure... " For the entire text, click here. I so love learning history while physically standing on the ground where that history was made. I learned that Gettysburg was one of the bloodiest battles ever in terms of American lives. 51,000! It is also one of the most decisive battles anywhere - ever. Up until this point, the Confederates were winning. Think about it, Pennsylvania is pretty far north! After the Union victory here - it was all downhill for the Confederates. After seeing the "Electric Map" presentation and the Cyclorama, we bought a CD with narration for a self-guided car tour. Pretty cool. Here's the battlefield for the opening battle. 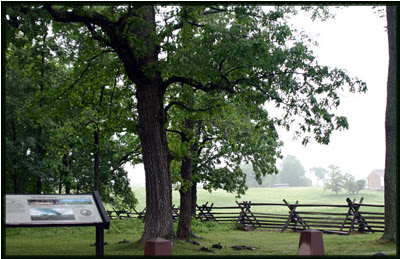 There are spectacular statues everywhere. 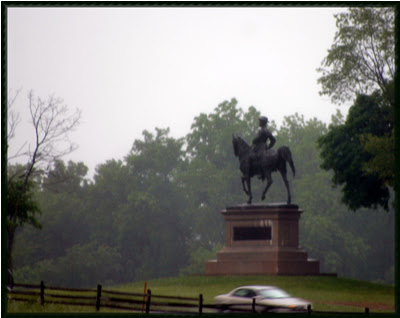 These cannons were also everywhere. 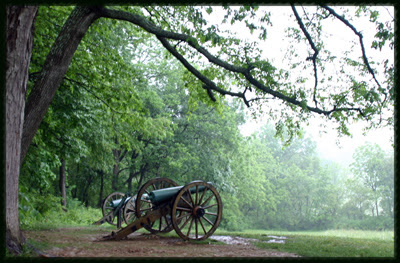 Chris
We stayed at Round Top 2 years ago and loved it. Isn't Gettysburg set up well for history. I,m glad you got the CD, we enjoyed the self guided tour, (if enjoyed can be used in such a somber setting).
Bet it is really busy in Gettysburg now.
Gloria