The one excursion we had planned from the beginning was to take the narrow-gauge railway up the White Pass … the route used by gold prospectors in the 1898 Klondike Gold Rush.  We were the last cruise for the season, and the weather wasn’t that great, but the White Pass Yukon Route railroad trip was still well-worth it.  The train picks you up right at the cruise ship: 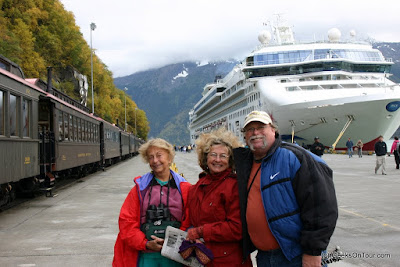 You go by the metropolis of Skagway with 800 residents, and you see the cemetery. 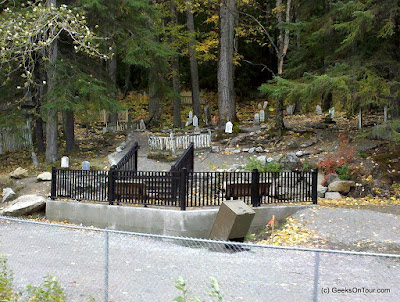 The fall colors were starting to come out pretty nice.﻿ 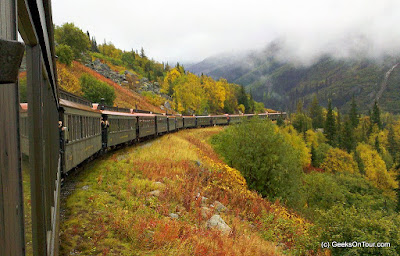 Here's a video of going thru a tunnel:
The train was quite comfortable, with big picture windows. If you go, take a cloth to wipe the fog from the windows.﻿ 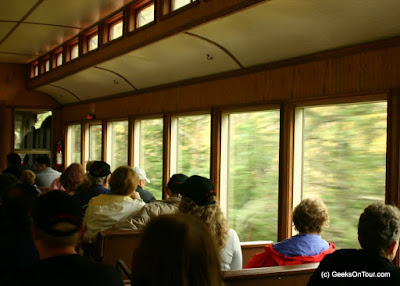 But the best vantage point was outside, standing on the platform. 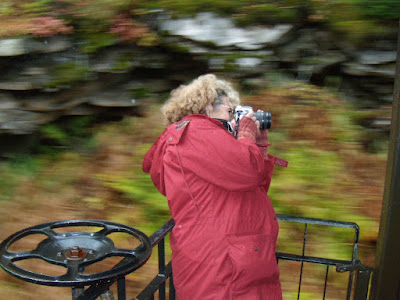 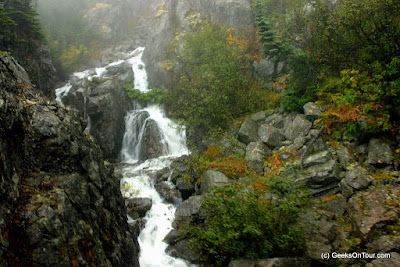 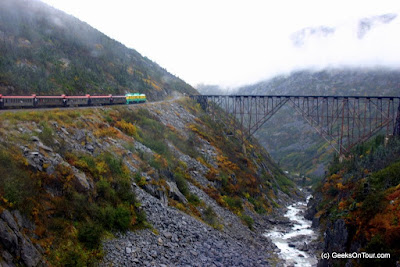 ﻿When the ride was over, we had an opportunity to speak with the young woman who was the tour guide.  Since we were the last cruise of the season, this was her last day of work.  Born and raised in Skagway, she was headed out the next day for university life in Seattle.  She said she was going to medical school.  Since we heard that Skagway had *no* doctor, we asked if she was planning to return and change that.  "No," she said, she was going to learn to be a plastic surgeon and specialize in bear attacks!  yikes  She, and many of her friends, were leaving Skagway for good.  I mentioned that her family must be very sad about that, and asked how many family she had here in Skagway.  She said that she was related to just about everyone in town - except her fiance - and they'd gone to great lengths to be sure of that!
We learned several other tidbits of local lore from her.  Like the quaint tradition of mooning the last ship of the season!   And, in regards to the fact that there are 10 men to each woman, she taught us a new line.  In addition to the advice to women that "the odds may be good, but the goods may be odd" she said that "men don't lose their girlfriend, they lose their turn"
So, we had a great time in Skagway, then it was back to sea for a whole day.  As I mentioned, we were on this cruise because it was sponsored by the Parkinson's Research Foundation.  They had several seminars and workshops during the week.  One was about how the Wii is a very useful machine for allowing Parkinsons patients to enjoy something like bowling, even while sitting down.  Here's Jim's dad bowling - he did pretty good! 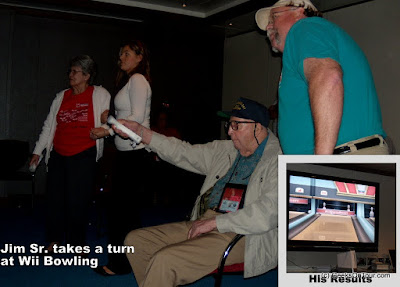 ﻿
The last stop of the trip was Prince Rupert, and we had brilliantly gorgeous weather. 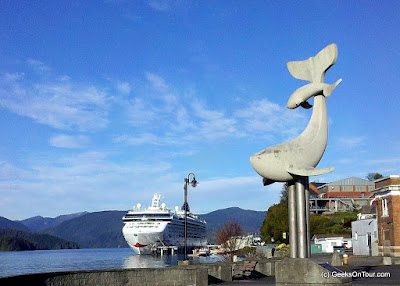 And, a beautiful last-night sunset.﻿ 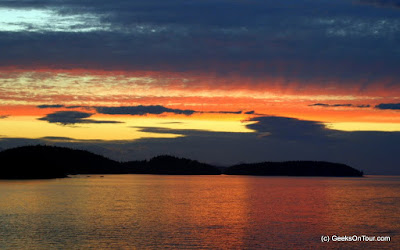 Here's a slideshow of all the good pictures from the trip.  You can click on this and go to the Picasa Web album for larger pictures.
Posted by Chris Guld at 10/12/2010

What an awesome adventure! I haven't been to Alaska yet, but I sure do want to go... especially now!

We just came back from our alaska cruise on board diamond princess!

It was a magical experience!