When April began, we were in northern Florida, headed to Sarasota for a gig at the Sarasota Technology User Group. We made another stop at a Florida Springs along the way. This is Crystal River Three Sisters springs. 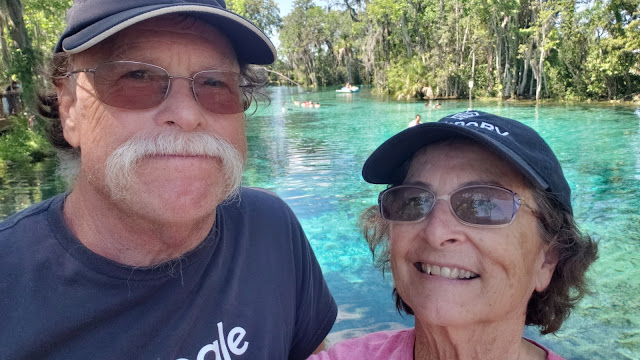 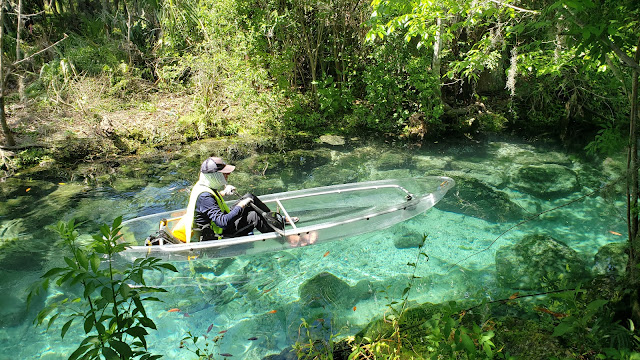 We got to Sarasota on Tuesday and our gig was on Wednesday, so we called Horseshoe Cove RV resort where we have stayed before and booked one night. Then we had plenty of time to get caught up on emails and get ready for our seminar. 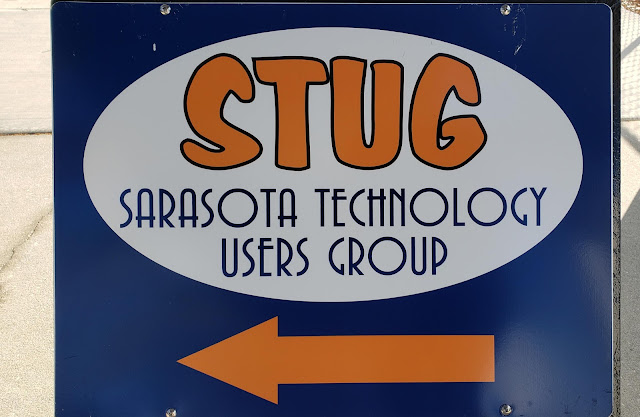 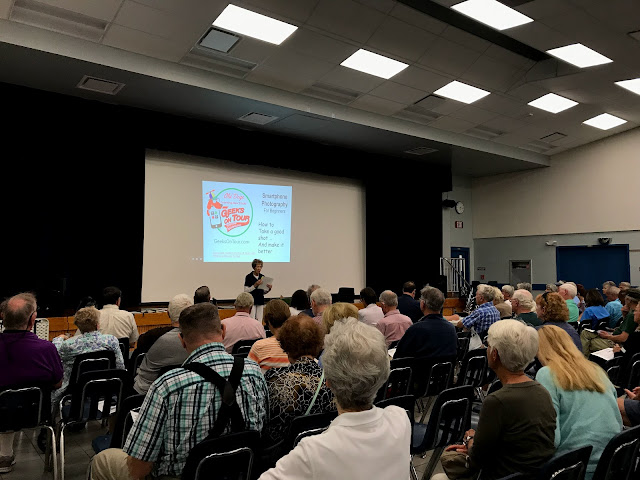 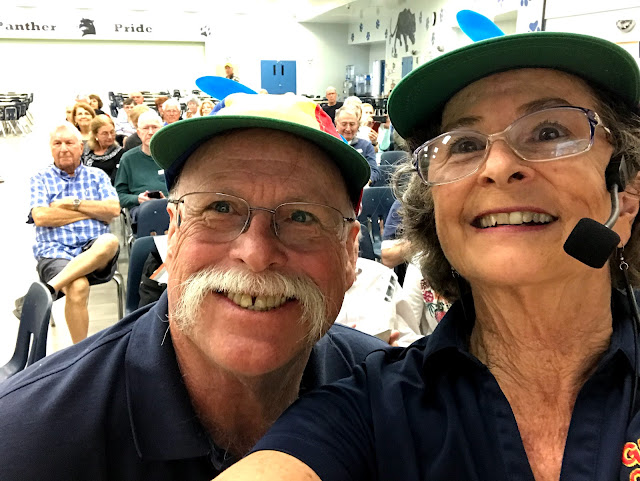 The seminar ended about 8pm and we decided we were rested enough to just go on home. So we drove across Alligator Alley at night and got home a little after 11pm.

With nothing on our calendar for a while, we could relax, soak in our hot tub, have dinners with friends, enjoy the neighborhood, and do our YouTube shows.

We also took the opportunity to attend our Earlybird Toastmasters club on Thursday mornings at 7am. 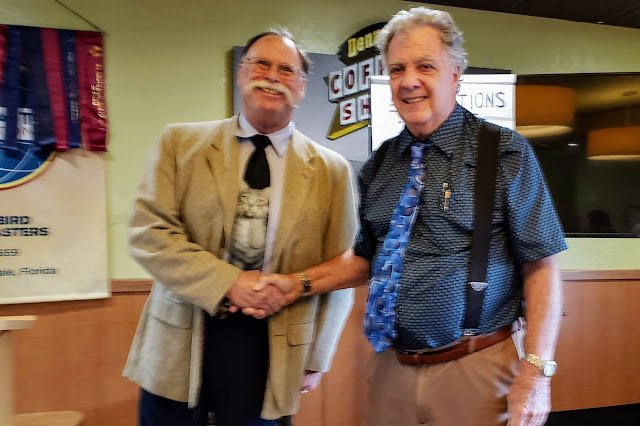 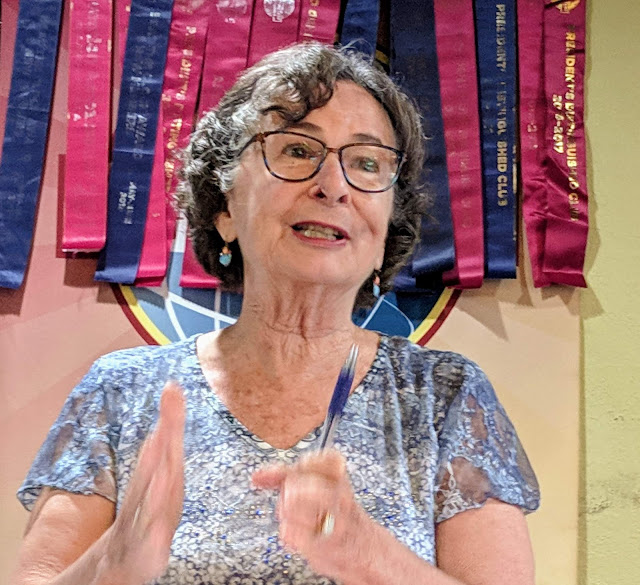 We did have one more gig at a Computer Club - Cascade Lakes in Boynton Beach.

Then, we had to be in Georgia for a rally for the first week of May - so we allowed enough time to stop off at Alex's in Melrose and join in for a family dinner at her sister's on the lake. 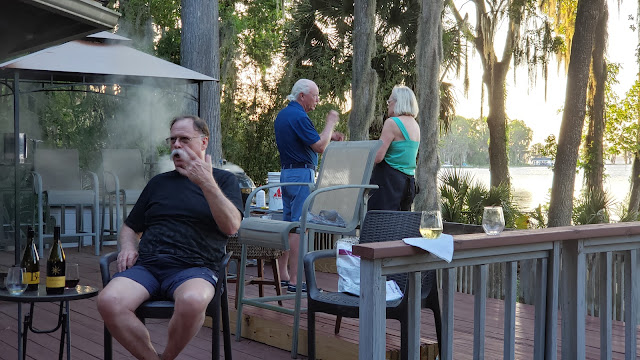 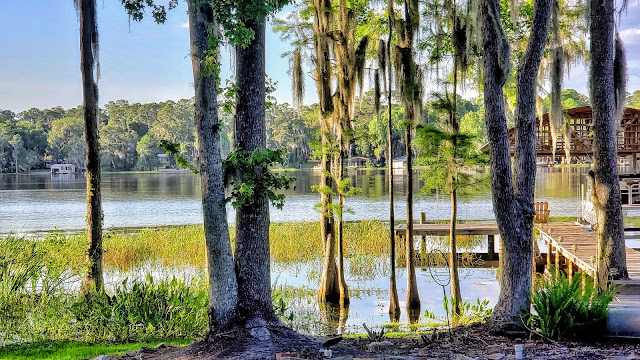 And that was it for April.

Watch any episode of our Online Show on Learning Smartphones and Tablets!
What Does This Button Do?
Posted by Chris Guld at 4/30/2019 No comments: