We've only been on a few cruises and they've all included Jim's sister, Debbie. The last one was over 12 years ago, so when she asked if we would go on a Thanksgiving week Carribbean cruise, we said sure!

The adventure started with the ride to Port of Miami. We crowded 6 people and lots of luggage in an SUV when we had hoped for a big van. Oh well, we can manage for the 45 minutes - 1 hour that it should take.

err, make that 3 hours! It was raining - to put it mildly - and the tunnel to the cruise ship area was closed. The streets were flooded and traffic was at a standstill. At one point we could actually see the cruise ship, but it still took us nearly 2 hours to get there. 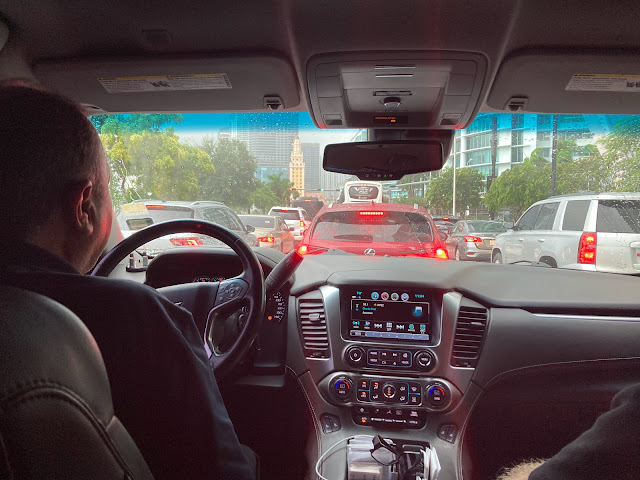 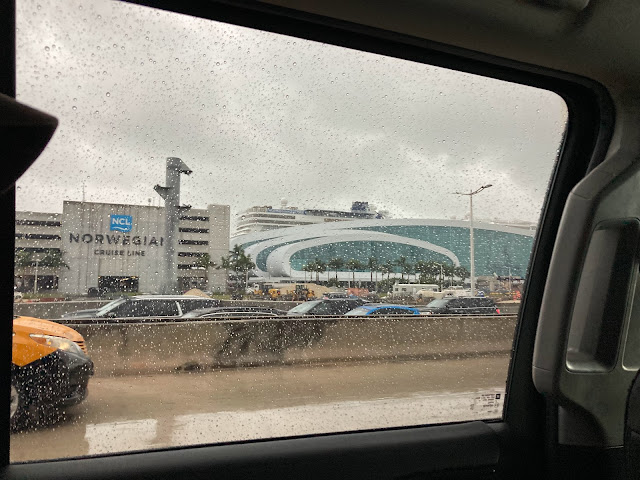 The ship skipped the stop in the Bahamas because the weather was still bad, but it cleared up by the time we got to the Carribbean islands and we took our one excursion to go snorkeling in St. Thomas. That was fun, even if it was a very crowded sailboat. 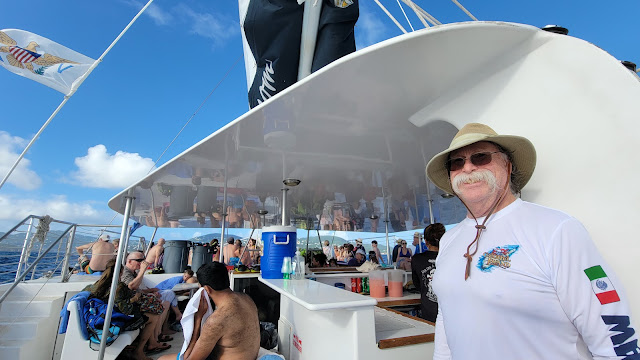 Food, food, and more food! That's the biggest decision on a cruise ship: which restaurant should we eat in tonight? 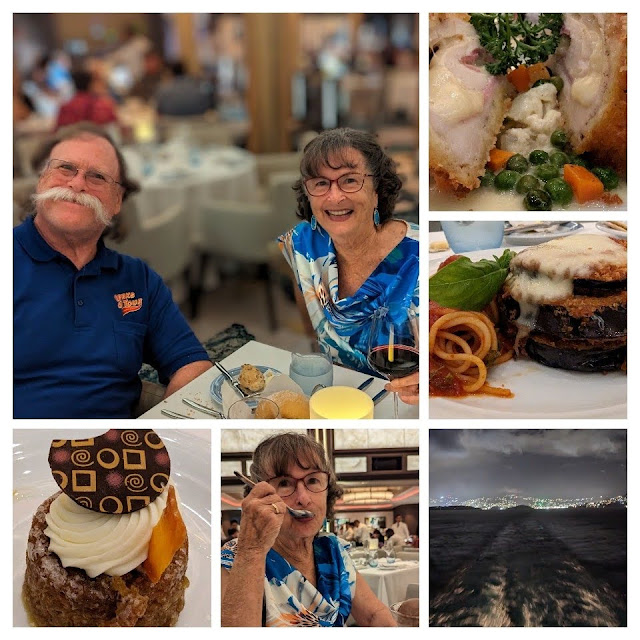 I especially liked the eggplant parmesan and asked the waiter if I could get the recipe. He said, "sure, what's your room number?" 9262 The next morning, after breakfast, we went back to the room and there it was! 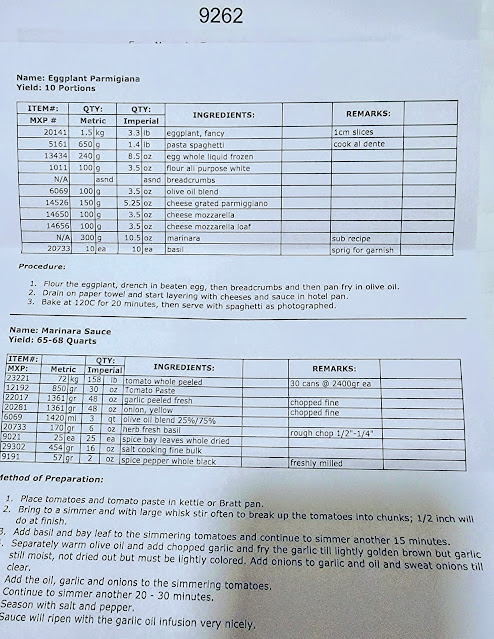 We saw one play - the Choir of Man (#choirofman) It was great fun! Just like being on Broadway.
Of course, the reason for the cruise was spending time with family. A good time was had by all. 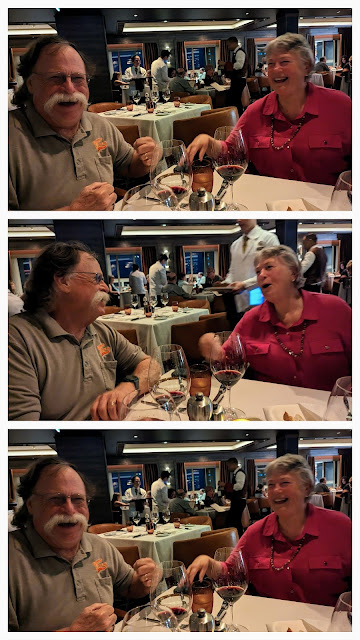 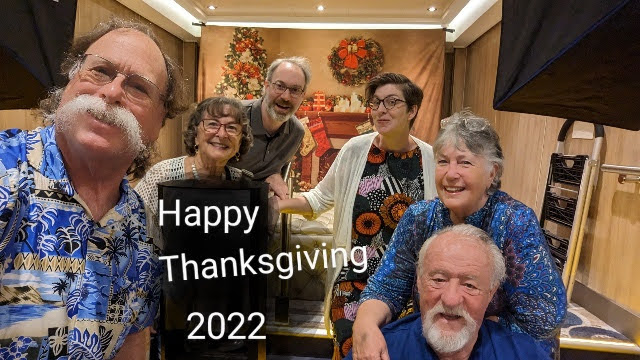 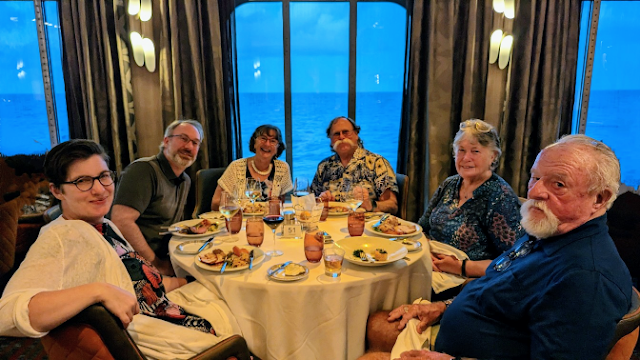 Scuba diving in Cozumel for my 70th Birthday

I remember exclaiming, so many times, about how we took my Mom scuba diving for her 70th birthday. I thought that was so amazing, and everyone I told also thought the same. It was also a shark dive, so there's that then. But now I'm 70 and hey! It's no big deal. Of course I'm going scuba diving, that's what I love to do. 70 is the new 50, right! 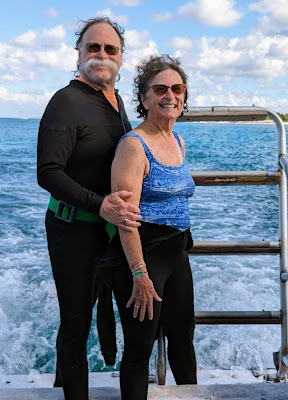 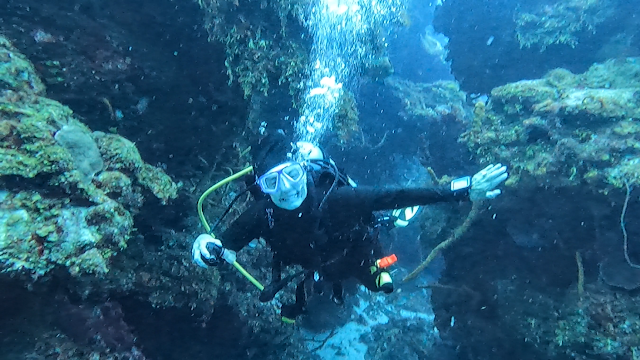 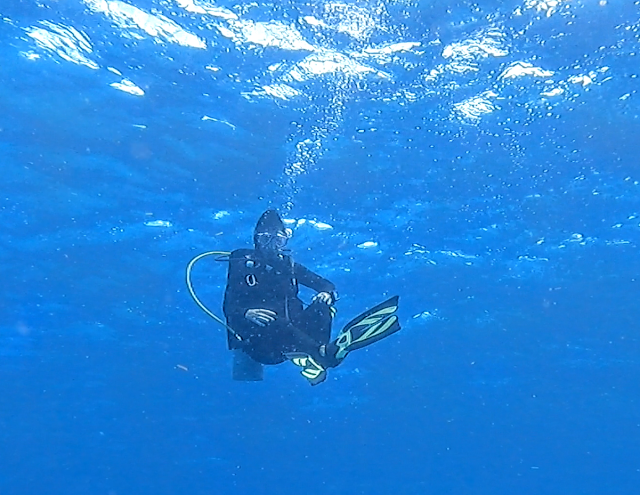 We went to Cozumel and stayed at the same resort where I celebrated my 60th. It's called Occidental and is part of the Barcelo properties. The diving was wonderful - my favorite thing to do is swim thru underwater canyons, and they are plentiful. The dive boat is right on the property and, because the resort is located at the suthern end of the island, it's very close to the best dive sites. Just 5-20 minutes instead of 40-60 from the town of San Miguel.
It's an all inclusive resort so after our morning dives, we could just belly up to the bar and have our fill of cerveza or vino or Mojito. Then have a wonderful dinner in any of 6 (I think) excellent restaurants.
But, the best park is simply the beauty of the place. There are people sweeping the sidewalks constantly, as well as minding the plants and flowers. It is just perfection. 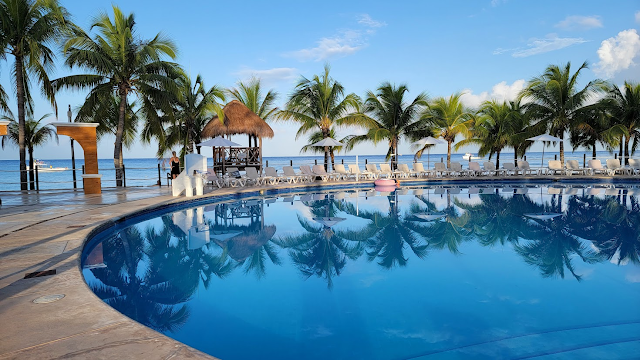 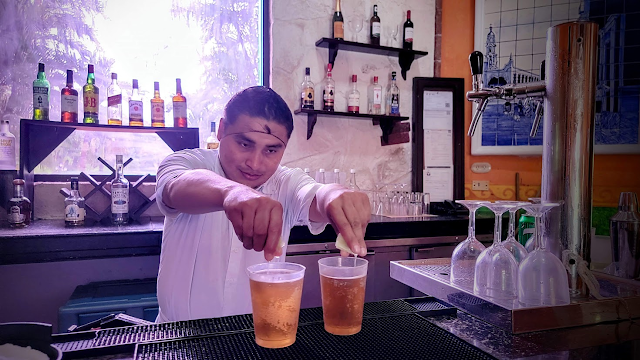 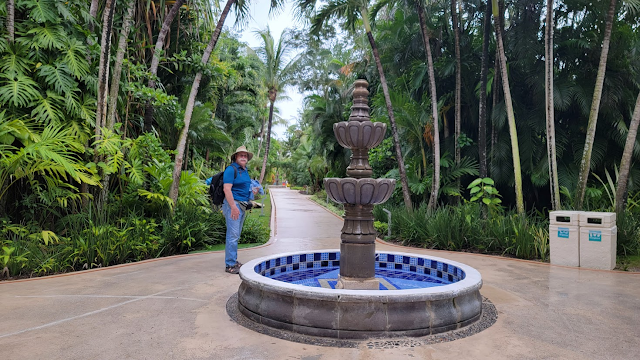 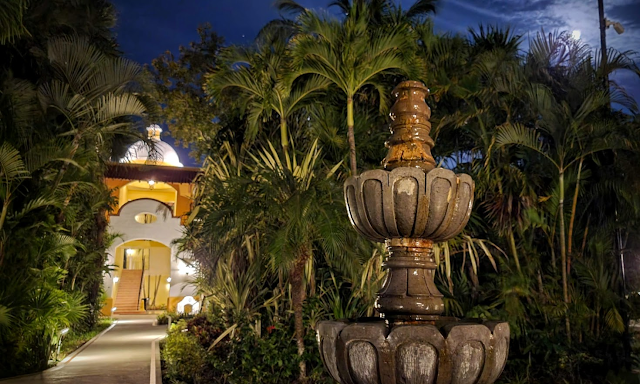 One day I took advantage of their spa and got a massage - ahhh. And, another day Jim had arranged for us to go over to the mainland and do a dive in the Cenotes. I was hoping I could link to an old blog post for you to see when we took a cavern-diving class at the Cenotes years ago. But, it was many years ago ... before blog :-(
It was 1997 when Mom had the idea to take a cavern diving class in the Yucatan cenotes. What fun! Jim and I and Devon joined Mom in the trip. I think the class was about 3 days and we did about 3 cenote dives. The most remarkable part is the gin-clear water, the fact that you cannot surface once you're into the dive because you'd just bump into the ceiling of the cavern! I also remember lots of stalactites and stalagmites because these were once dry caves. The names were Car Wash, Dos Ojos, and Ponderosa.
We just went to one cavern this time - Cenote Chikin Ha - and it didn't have the same stalactites/stalagmites. But, it was still cool. It was quite a bit of work though, especially for a 70 year old woman. errr, I mean 50?!?