Busy Working, Trip to the Keys

It has been a busy week.

Last, but not least I had a 3 day Girls Getaway to the Keys planned for me, Mom, and my good friend, Chris.  I found a beautiful little lodge - Largo Lodge only 2 hours away!  Mom has always had a love affair with trees.  When I saw the pictures of the jungle-like property, I knew this was the place, and it didn't disappoint.  Since we're leaving Fort Lauderdale in another week, I really wanted to have one last outing with Mom - I was so glad that my friend Chris was also able to join us.  The three of us have had many girls getaways over the years, most of them were planned by Mom.  Now that she can't do that anymore, I'm trying to repay the favor. 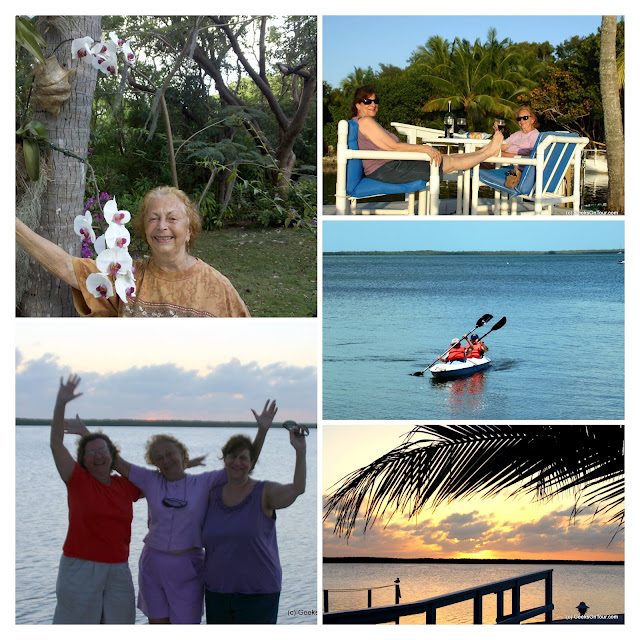 Photo album of Chris and Mom in the Keys

Last but not least, we've been doing a little planning for our Techno-Geek Rally with our friends Phil and Tracey from TechnoRV.  Registrations have been disappointing - we have 10 right now.  That certainly won't be very profitable, but it will be fun!  I do enjoy teaching small groups.  Even figuring that the 10 registrations is mostly couples, that still works out to about 4 to 1 student/teacher ratio.  If you're in the northern Florida area and are interested in all things computer, check out our planned schedule and register today!

The Renaissance Faire/Festival is always a treat for the senses.  It’s been a few years since we’ve gone, so when Jo Ellen (Jim’s ex-wife & part of our family!) suggested we all take the grandkids and go to the Faire, we jumped at the chance. 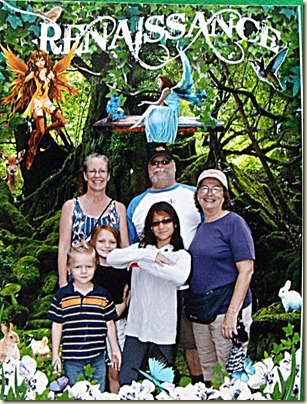 That was fun!  Thanks for including us Jo Ellen!

Come Learn with Us!

Email ThisBlogThis!Share to TwitterShare to FacebookShare to Pinterest
Labels: family

Would you believe I turned my computers off and left them off all weekend!?  On Saturday we volunteered with our Kayuba dive club to pick up trash as part of Fort Lauderdale’s Waterway Cleanup day.  Our club does the work at the Bonnet House because the waterway there doesn’t have a seawall – It’s all mangrove roots and catches a lot of garbage floating by – so kayaks are the only way to get to it.  This picture from last year, gives you the best view of what I’m talking about: 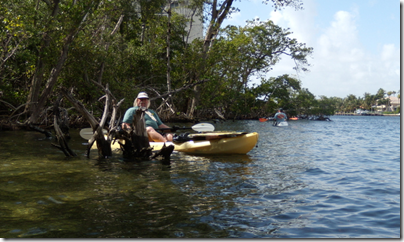 Here’s Jim and my Uncle John getting ready. 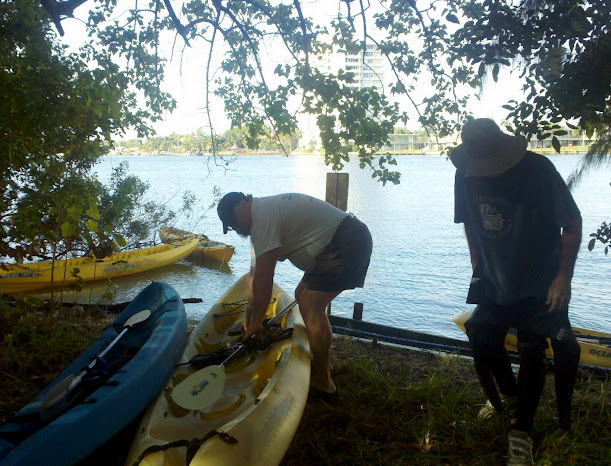 We were so lucky to have a gorgeous day.  So, even though a morning of work didn’t appeal to me, I had a great time just getting my kayak wet and paddling around.  The fact that we were doing good deeds by cleaning plastic bottles, styrofoam cups, and lost shoes and plastic toys, out of the mangroves was icing on the cake.  See lots more pictures on Kayuba’s facebook page. 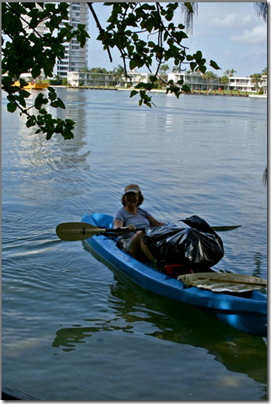 When the trash pickup was over, we took advantage of the beautiful day and strolled around the grounds at Bonnet house.  By this time, Dee arrived with Mom, so we all had a nice time together. 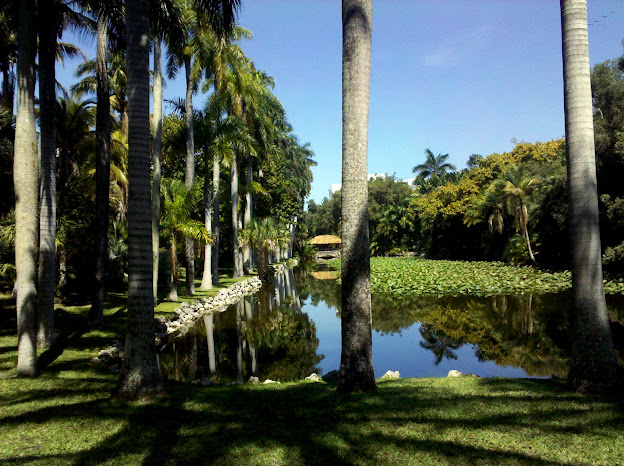 Here’s mom and Uncle John as we walked the grounds. 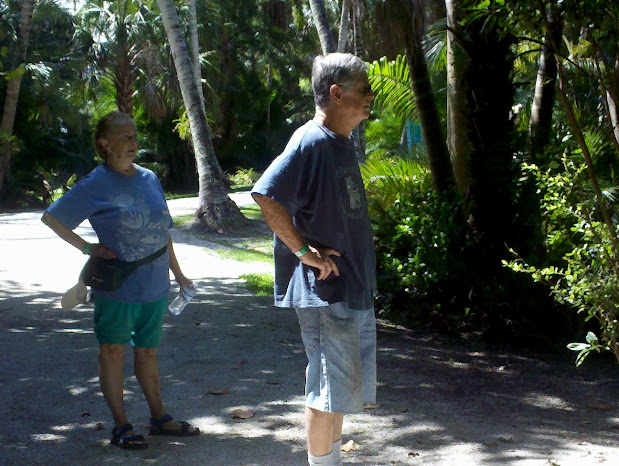 And, here’s Dee with a giant Banyan Tree 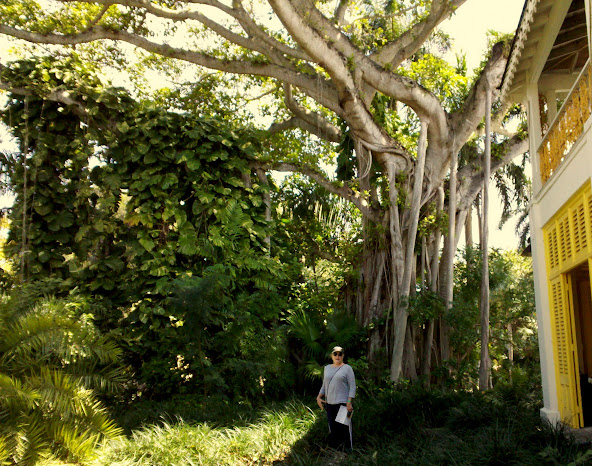 Into Tomorrow, the Studio

When we went on the Technology Conference at Sea in January, we had the pleasure of meeting Dave Graveline and some of his staff.

Dave produces a radio show about all things digital.  He’s been doing this for 17 years now.  While we were on the cruise,  Dave even interviewed us for an episode of his radio show, Into Tomorrow.  You can listen to the interview on the IntoTomorrow.com website.  Click here to listen to the show they recorded from the cruise ship – it’s the red box in the right sidebar labeled ‘Listen to Our Show’.  You’ll find our interview in the second hour starting at 11:43.

It was a great experience and we really liked Dave and his staff.  So, when we received an invitation to to celebrate the Grand Opening of their new Radio & TV Studios, we put it on our calendar.  The new studio is in Miami Lakes, a nice area – we enjoyed making the drive down there and partaking in the festivities. 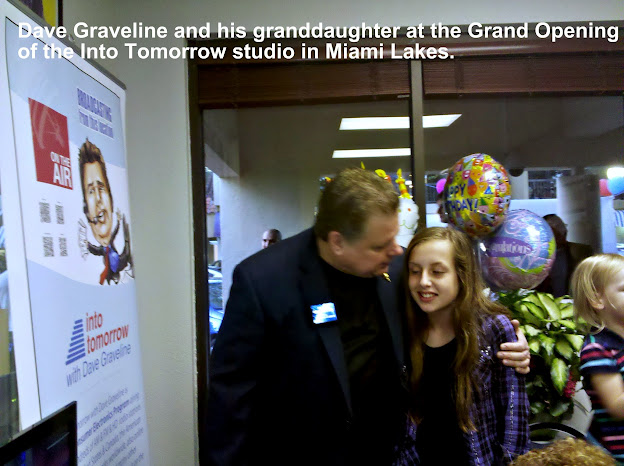 A special treat was having our picture taken in the video studio.  The wall is a chromakey … aka a green screen.  As far as we know, we’re in an empty room sitting on a stool with an ugly green wall behind us.  See the stool against the far wall in this picture? 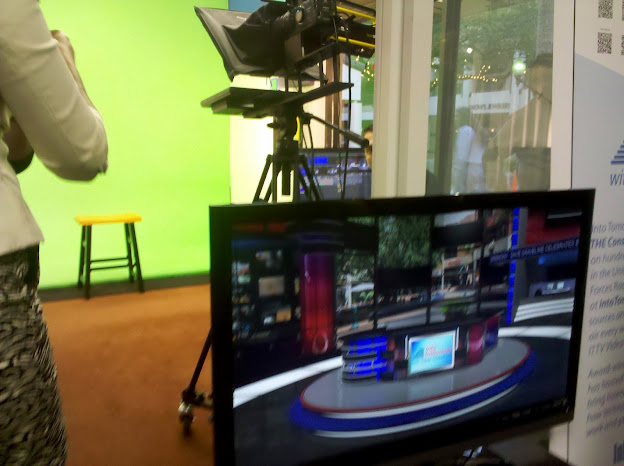 Jim is sitting on that stool in the picture below. 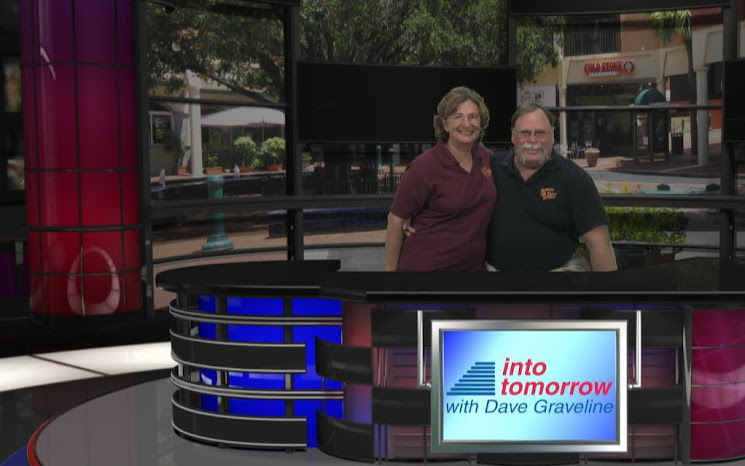 Thanks Dave!  We had a great time.  Someday we’d love to be in a position to use your studio services for Radio commercials, or Video production.

We even won a prize!  The Into Tomorrow show is known for lots of giveaway prizes of consumer electronic equipment.  We won a Magellan RoadMate GPS!  I know, we already have plenty GPS devices, but we’re always interested in evaluating new ones.  Jim has already hooked it up and is excited by the blue-tooth connection to his cell phone.  Calls sound loud and clear when made thru the Magellan.  We’ll use this GPS for our first leg of travels at least.  We’ll be leaving first of April, so we’ll write about it then.

Come Learn with Us!