We did it! We went Kayak diving - twice

August 6 to March 31 is lobster season in Florida. To give scuba divers a head start on the commercial operations, there is a 2-day mini-season on July 29-30.
July 29 came around and the weather was decent, so we went. The seas were not as calm as I like, but they weren't bad. I felt so out of shape, Jim had to drag my kayak to the water for me, I just couldn't do it. Paddling on the ocean in the sunshine was gorgeous. It did feel good to get outside in a socially distant, safe way. 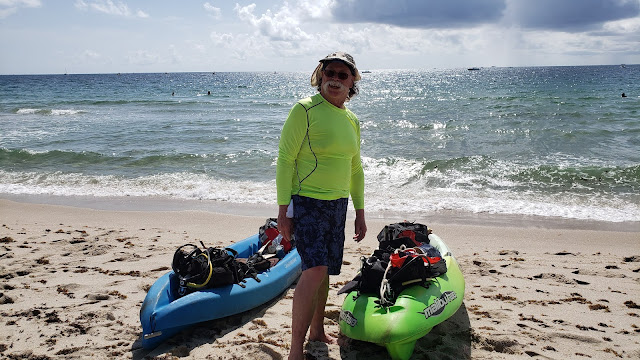 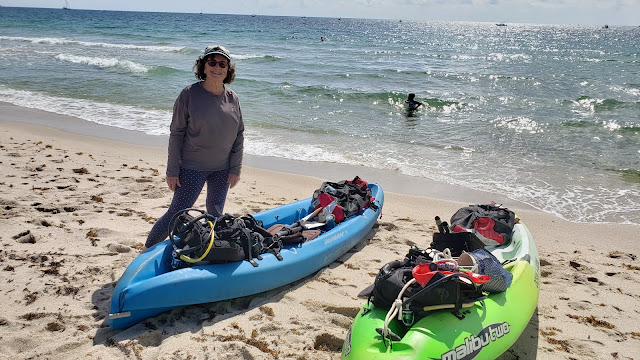 I hate current. I am holding on to the down line for the kayaks when we're underwater so Jim can be free to hunt for lobster. The current was taking the kayaks one way and I needed to go another. Kick as hard as I might, I could not make any headway. We're usually down for at least an hour, but I sucked down my air in only 40 minutes. 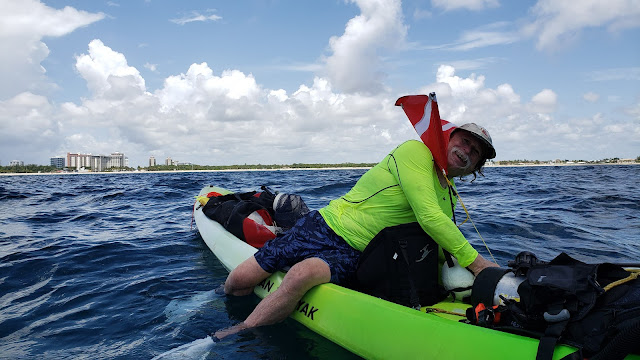 Jim did catch a few lobster - yay! And we made it back to shore just fine. It was still wonderful to get out on the ocean on a beautiful day, and I felt good for getting a bunch of exercise, but I told Jim I may be getting too old for this. 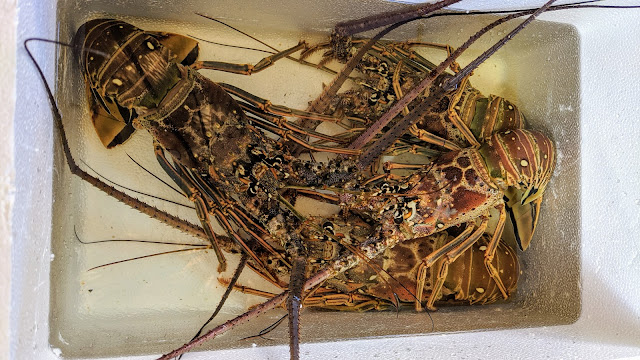 August 6 is the first day of the real lobster season, and it was a gorgeous day. The kayaks were still on top of the car from last week so that was one less job to do.
What a difference conditions make! I'm so glad we went again this week. The seas were flat calm, no current. I was in heaven. We stayed underwater for over an hour and I still had 1200 psi of air when we got back on the kayaks. YES! This is the kayak diving that that I know and love. And, I spotted a lot of lobster too! Jim bagged 7 of them. Limit is 6 each. 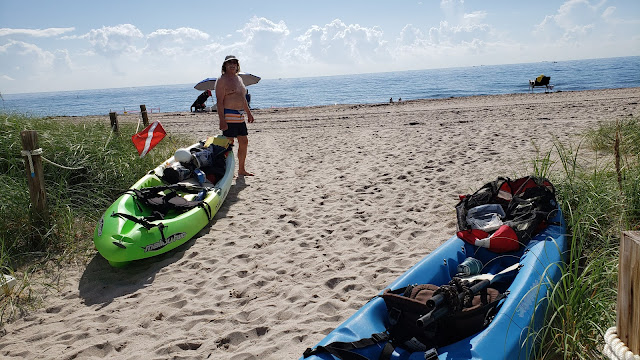 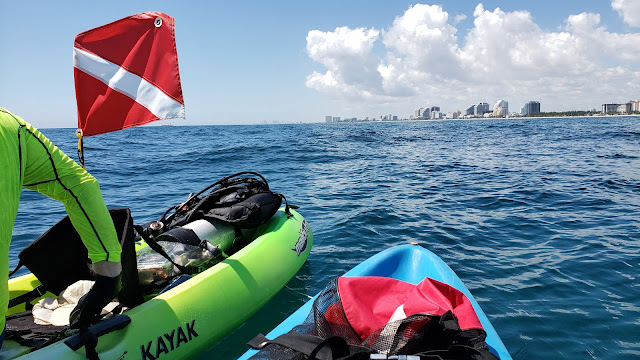 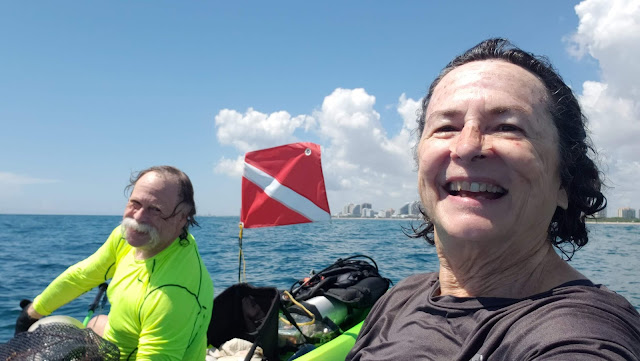 People always ask, how do you get back on the kayaks after coming up from the dive? So I took this little video of Jim.
And, oh yea, we ate a nice dinner too. 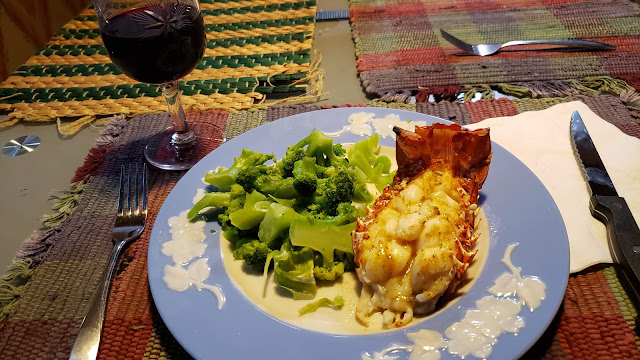 So, that was all Good News. And, I'm making real progress on my book. I think it's going to be a good one.
Then there's the

As of today, August 14, the Covid-19 numbers in the United States according to the Google aggregate data.
Cases: 5.35 million
Deaths: 170,000
The Alzheimers facility where Mom lives has been on lockdown since the end of March with no reported cases. I have not been able to visit. Worse than that, her wonderful aide Vilma has not been able to visit. Vilma is much better with her than I am at this stage, she would always get her to walk and take her outside. I'm sure Mom hasn't walked since the lockdown started. The staff at the facility are fine also. Sofia, her main caretaker at the facility texts me a photo now and then.
Here's one from June 30. I won't post the one from August 8, it's just too sad. I got a call from Hospice today that she has stopped eating. The nurse will be with her over the weekend. I hate this disease. 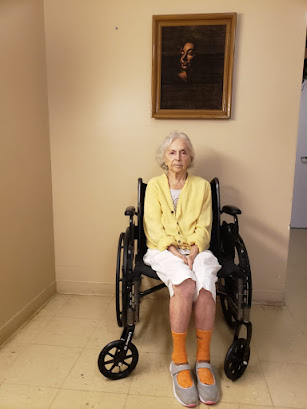