Such a treat!  Nick and Terry Russell, of Gypsy Journal, came to Fort Lauderdale for the week and stayed at our ‘home’ RV park – Paradise Island.  Unfortunately, circumstances conspired against us for going on a water taxi ride, or snorkeling in the ocean.  The weather was cold (50s) when they first arrived, and rainy at the end of the week.  There were a couple of gorgeous, sunny, warm days in between – but those were work days.  I had website work, Nick needed to work on his latest issue of the Gypsy Journal newspaper, and Jim was working in the park’s office.

Nick is better about blogging that I am.  He writes *every* day.  Here’s some posts he wrote while here: Geeks bearing Gifts, Last Day in Fort Lauderdale, It’s warming up and Get that Penguin off my Patio!

But, it wasn’t all nose-to-the-grindstone.  I got Terry out one day and showed her the world famous Swap Shop.  Billed as the :Second Largest Tourist Attraction in Florida”, it is a Drive-In Movie theatre, Flea Market, Car Museum, and vendor shops with food court.  You can get great deals on wallets, watches, tshirts, tools and everything in betweek, but I go there for the farmers market.  Here’s Terry surveying the produce: 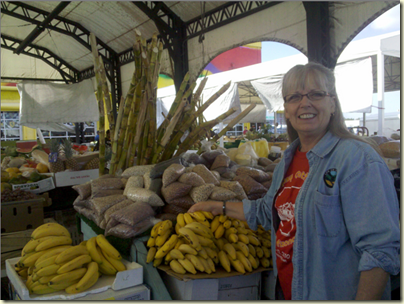 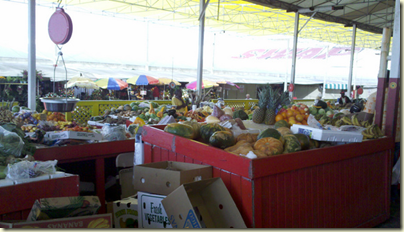 I was particularly impressed with the florist’s display: 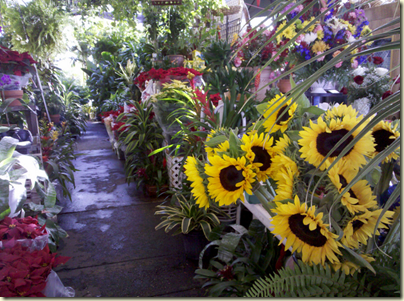 We also managed a few meals together.  A couple restaurants and one stay-at-home meal with lobster from Jim’s diving efforts. 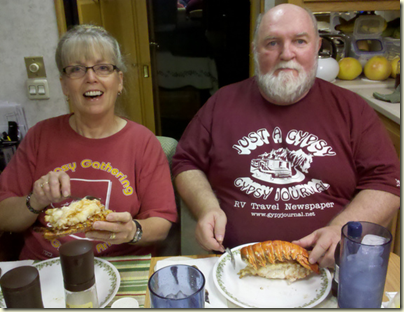 What a treat to be able to spend some quiet, social time with Nick and Terry!  We usually see them at RV rallies, or just in passing somewhere in the country.  This time we got to hang out for a while in their comfortable Winnebago.  We talked about what its like to live and work on the road … they’ve been doing it for longer than we have … we talked about computers and websites, and we played with gadgets.

I enjoyed playing with Nick’s iPad – but, since it doesn’t play Flash (something the Geeks on Tour Show-Me Videos requires) I figure it’s worthless!  Nick researched and found an article about how Skypad for iPad will soon remedy that.  I hope so!

Nick perked up when Jim showed him how to turn the Droid phone into toy guns! 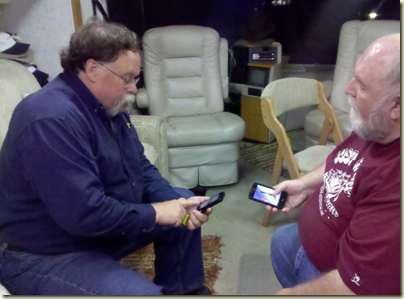 See ya down the road guys!