No I didn’t make a typo in the title, this is the day when Jim and I declared our love for each other and our desire to live together forever and be interdependent.  That was 13 years ago that Jim and I were married on the 4th of July – and I think it’s worked out quite well!
It also means that it’s quite easy for us to remember our anniversary, and it’s also pretty easy to get away and find some interesting way to celebrate.  This year, we are at a Thousand Trails park in Ohio called Kenisee Lake.  We looked at the park website for any suggestions of cool things to do and found the Ashtabula, Carson and Jefferson Railroad that gives tourist rides on weekends. 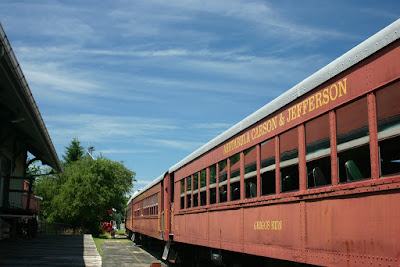 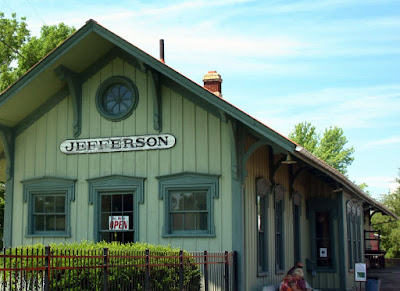 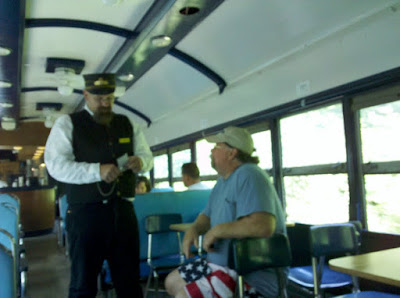 You'd think we'd be sick of train sounds after our month at the Fairgrounds with something 85 trains ever day!  But it was quite different when you're riding.  Play this little video to hear. 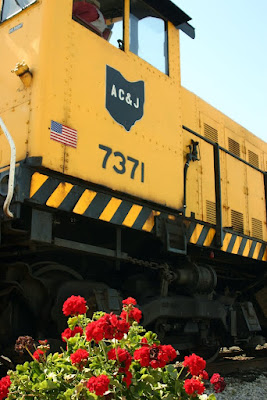 That was fun!  Then we were off to sample one of the many wineries around here.  Interesting how they served the tasting ...  in pre-poured one ounce glasses rested on a place mat with the wine names. 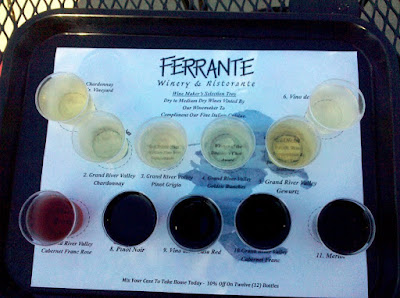 I much prefer the wineries where you stand at a bar and a person pours each sample into your glass wine glass.  And I must say I prefer California wines to those we sampled in Ohio too.  But I drank 'em all without complaints!  And the weather and ambience was spectacular.  Even live music on their patio area.  A truly beautiful 4th of July weekend. 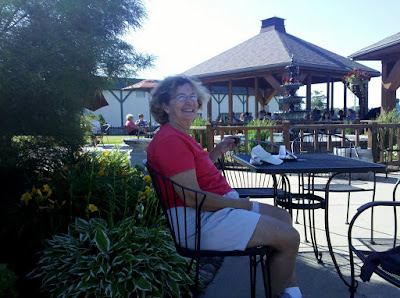 This was actually Sunday, the 3d - because that's the only time the train runs.  Come to think of it, that's another good thing about our anniversary - it's always a long weekend!  We'd heard that the closest place for fireworks would be Geneva by the Lake, so after the wine tasting, we took a drive to scope it out.  Pretty - but WAAY too crowded, I think we'll pass on fireworks this year.  Besides, they won't start till 10pm because it stays light so late.
So, on Monday the 4th we just took it easy at home and did computer work.  Here's Jim at his new workstation.  Isn't that a nice view out his office window? 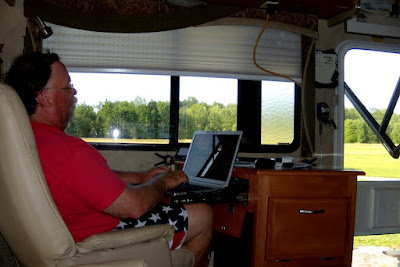 About 7pm the light was getting so pretty, we took a drive to another of the local attractions ... covered bridges.  There's a dozen or more covered bridges in Ashtabula County.  This is the longest one - or at least it was until the built a new longer one just a couple years ago. 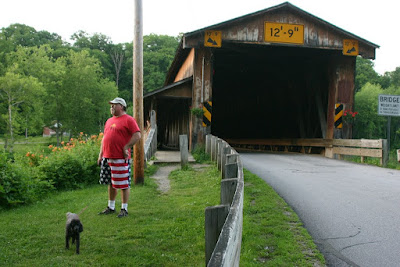 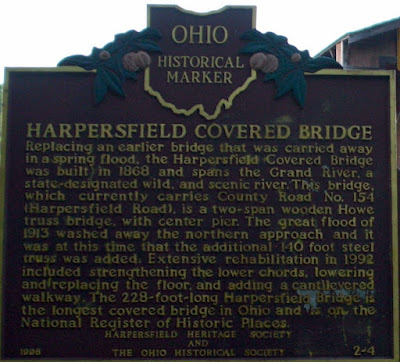 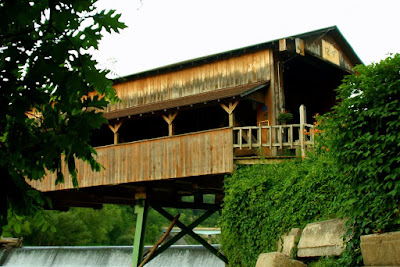 Just an exquisite weekend!  Now I'm packing up to fly to Florida for a few days.  It's my Mom's 80th birthday and I want to be with her and do something nice.  I will be taking a computer, but I probably won't blog - I'll let Jim have custody of the blog till next week!
Posted by Chris Guld at 7/05/2011

Glad to see you enjoyed our old hometown area.

Happy Anniversary, glad you found time from your busy life to enjoy your time together. Love you blog and have been reading it for a long time.

I'm afraid I disagree with Quilting LibraryLady about the flag themed shorts. If you would look up a few flag ettiquette web sites, such as the boy scouts, you would see that wearing a flag made into articles of clothing or table napkins is not a correct use for the Flag Of Our Country. For me, the only correct time for a person to be wearing an American Flag is when he/she is a soldier and has made the ultimate sacrifice and is in his/her coffin.