We arrived in the D.C. area with 3 whole days to spare before the Arlington ceremony on Monday.  So we agreed to play tourist for one day and Saturday was just beautiful.  We were staying at the Elks lodge in Alexandria which is very convenient to the harbor where we saw boat tours advertised that take you to George Washington’s Mt. Vernon estate.  Perfect!  We went with the Potomac Riverboat Company. 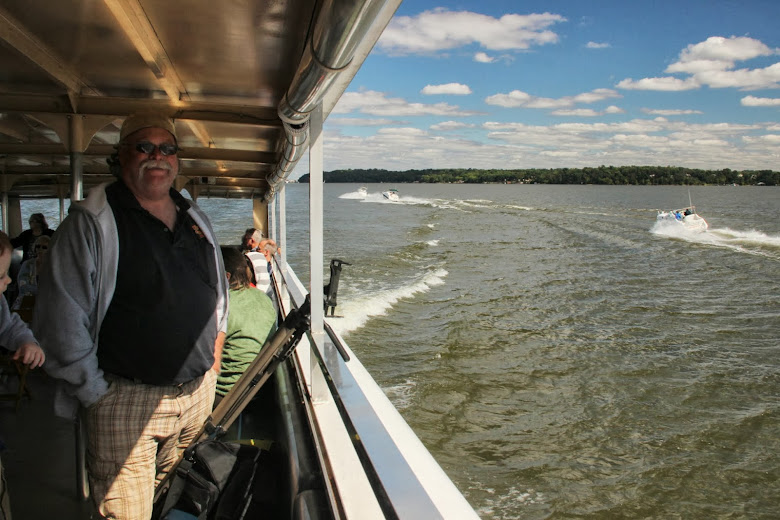 I love going to places by boat.  I think you get the best perspective this way rather than driving to a parking lot and then walking to the attraction.  Here’s Mt. Vernon up on the hill as seen from the water. 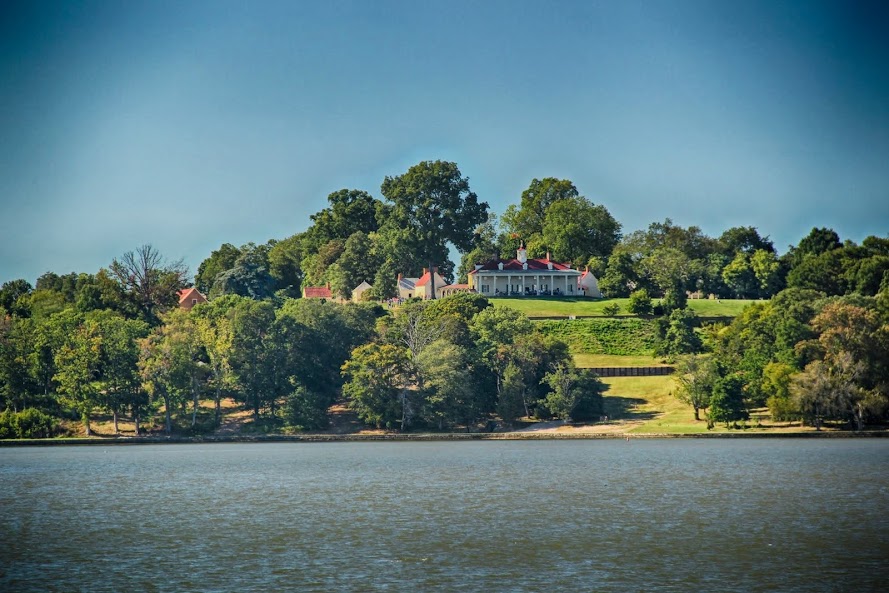 I told you it was a beautiful day! 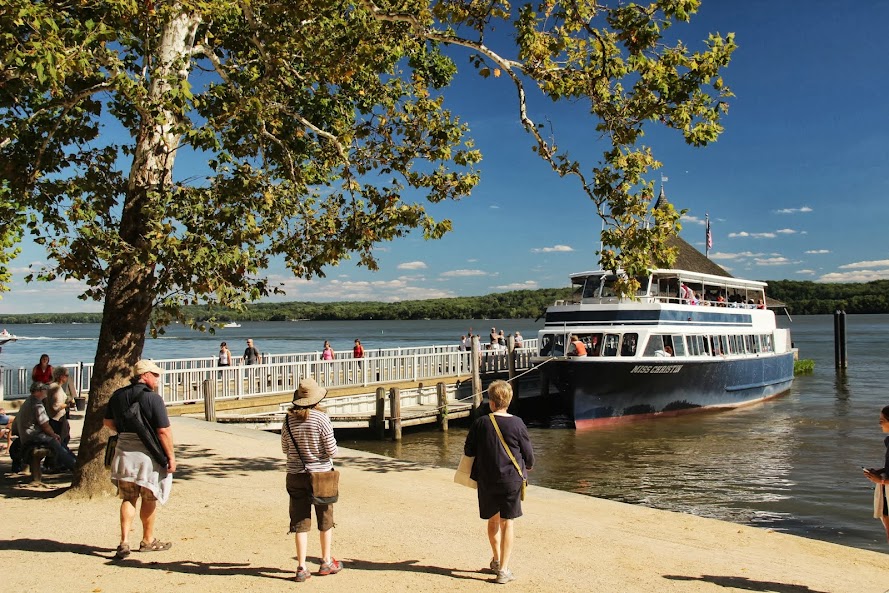 If you walked around long enough you were treated to a re-enactment of soldiers from Revolutionary war times. 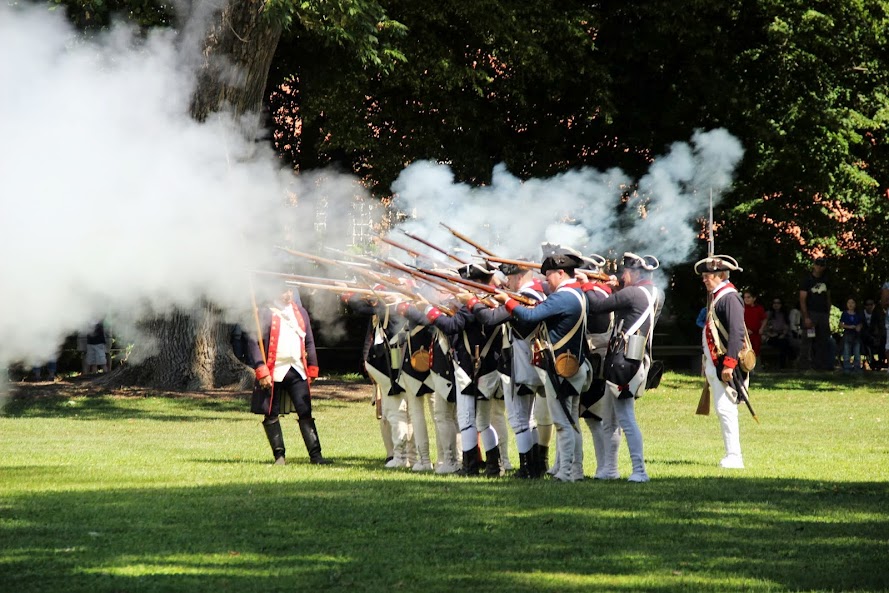 Here’s where George and Martha are buried. 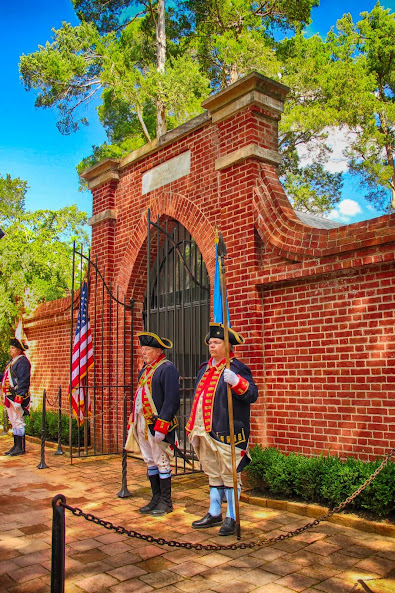 There was also a whole village of tents where crafts were being displayed and sold.  I couldn’t resist taking a picture of a George Washington lookalike though who was using a smartphone with a a credit card swiper attachment to make his sales.  I wonder what the real George would have thought? 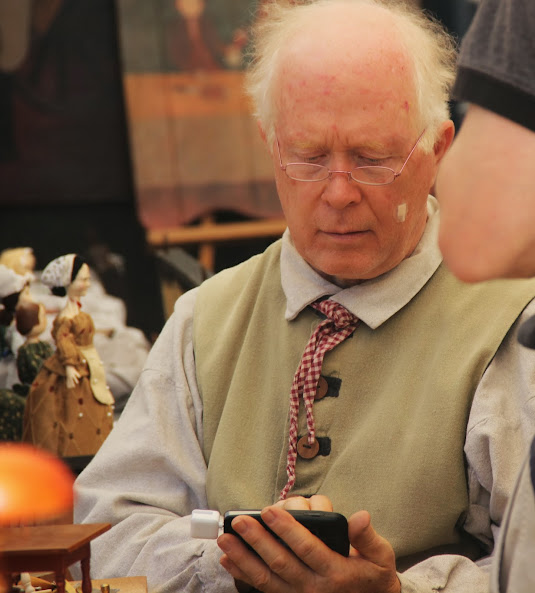 The museum was great.  Probably the closest thing to a Presidential museum that exists for George Washington.  I think we can add it to our list of Presidential Libraries visited! I wonder if it is because his time was long before any of us can remember … or was George really as dedicated, honest, smart, and humble as they say?  One of his greatest achievements is stepping down from the presidency when everyone was more than happy to re-elect him again.  He believed in term limits!
Back in the boat and back to Alexandria at the end of the day. 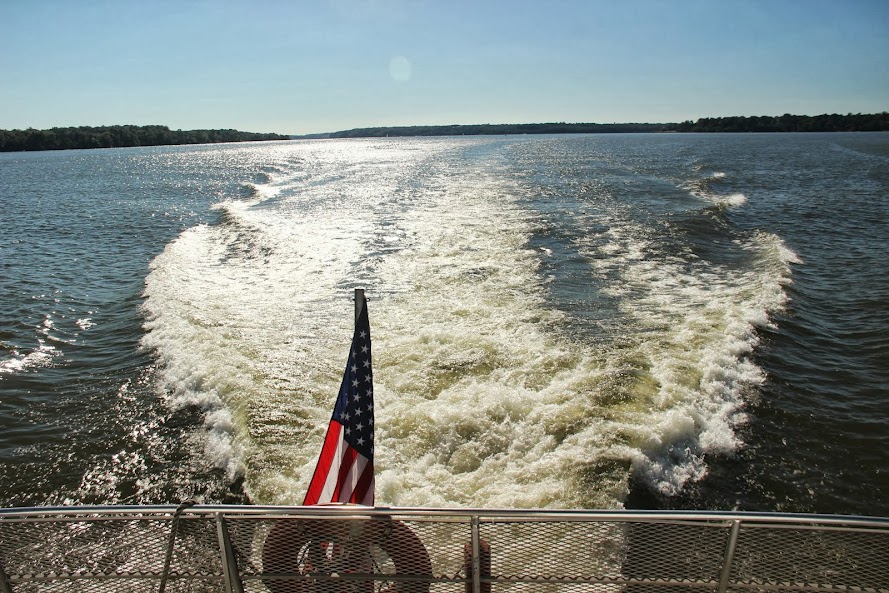 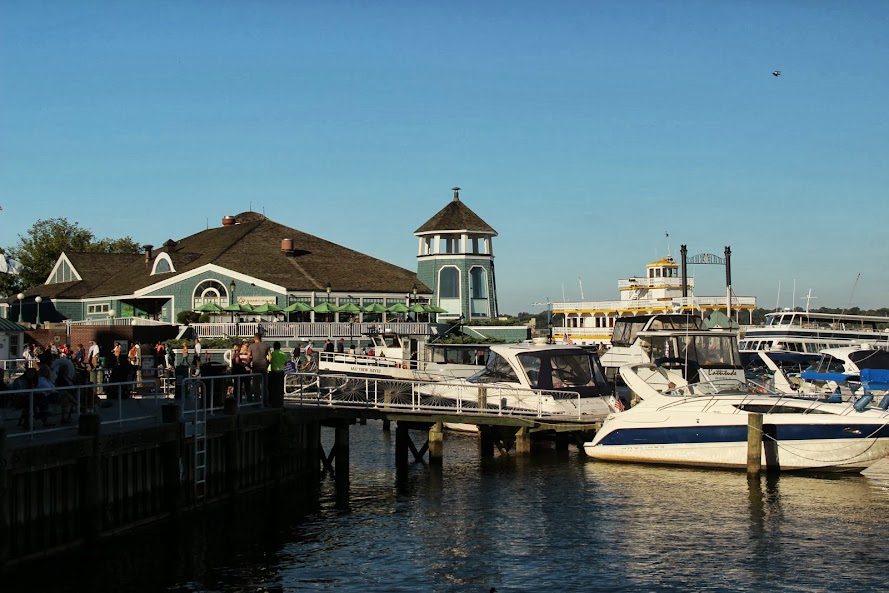