Spontaneity on the Way to FMCA INTO Rally

Although we rarely make reservations anywhere, we still tend to know exactly where we’re going.  Our life on the road has evolved to a kind of “Carney” existence.  We know the rallies where we’ve committed to speak, and therefore we have a schedule of places we need to be at certain times.  But the time in between does give us some flexibility.  Once we passed Chatanooga, I looked at the map and realized we were only about 3 hours from the next rally location in Lebanon, TN.  We planned to arrive on Wednesday, and that was only Tuesday.  So when I saw an intriguing park off to the East of the highway, I suggested we take a look and maybe stay the night.  I had no idea what the park was, I just saw a motorhome parked on a lakeshore with only one or two other RVs in site. 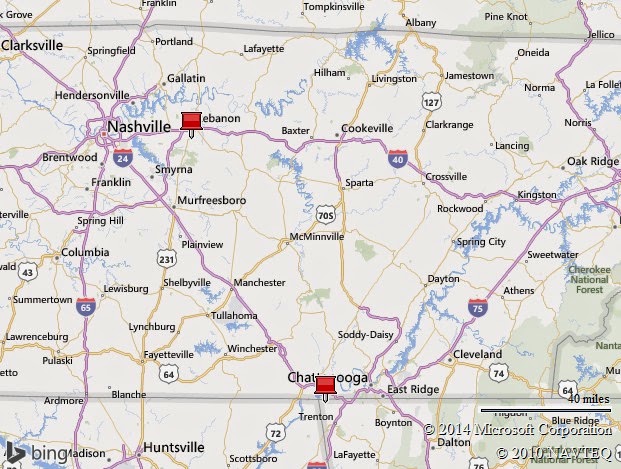 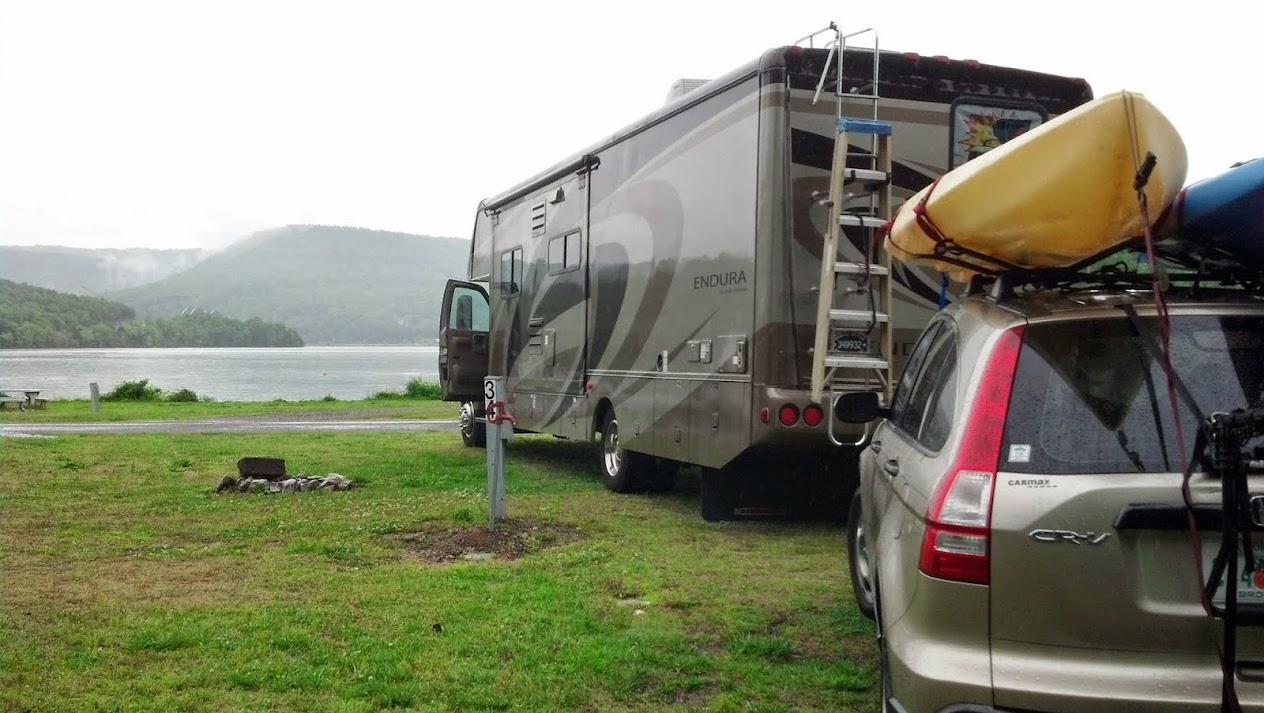 And, since it was so early in the day, we had time and energy to go for a bike ride.  You can see the highway on the other side of the lake … that’s where we were when I spotted the park. 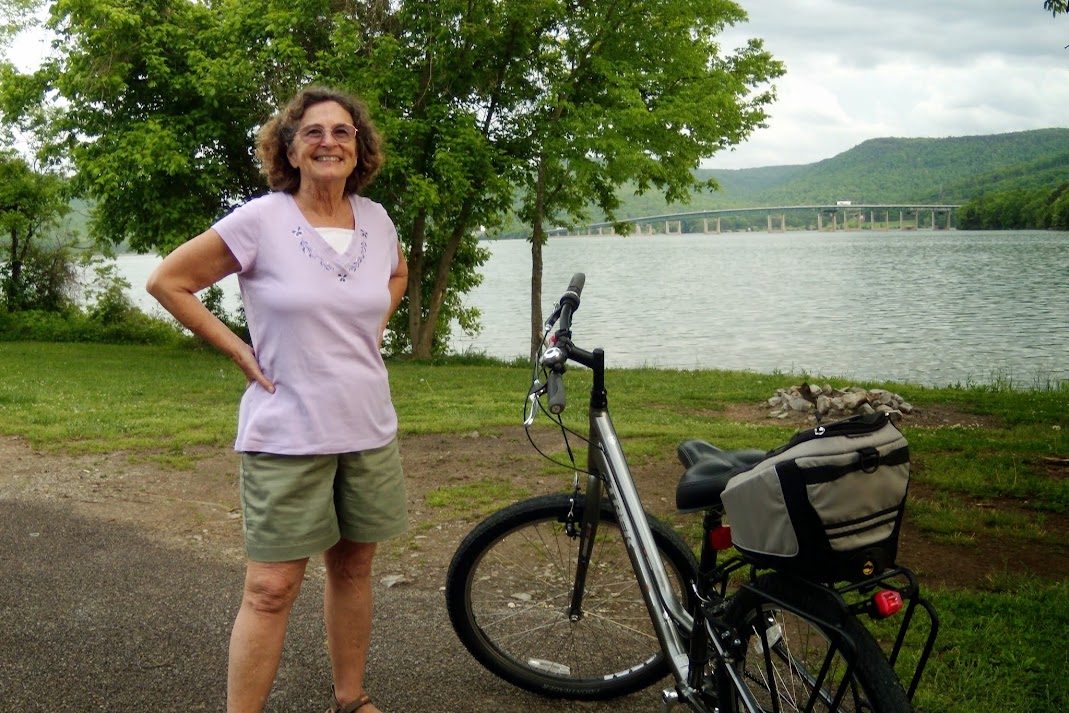 I like taking pictures of the view when we open our door!  It’s always different. 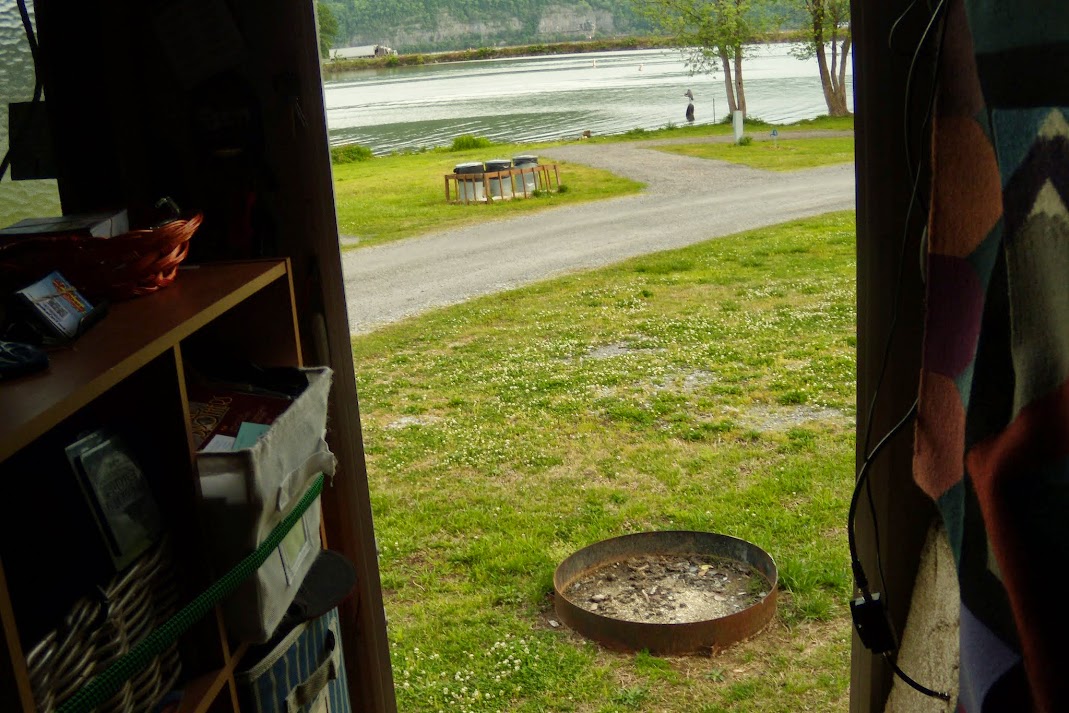 Email ThisBlogThis!Share to TwitterShare to FacebookShare to Pinterest
Labels: Campgrounds

Isn't is an awesome little park? We just stayed there a couple weeks ago. I think in that same exact spot too! Hardly anyone is ever there. We love it!

What's the name of the park?

That's a beautiful photo of you.