After the Roadtrek rally in Massachusetts, we needed to get to our next gigs which were in Ohio. We only had a couple of days to get there so we weren't planning to stay put more than one night anywhere. We were in travel mode - just gotta get there. We often stay in Walmarts and Cracker Barrels when we're in travel mode, but if there is an Elks Lodge with RV parking, that's even better and we found some great ones along our route in New York and Ohio.
How do we find them? Our first goto map is called Allstays, it's an app on iOS. The app has been taken down in the Android version, but we still use it by signing up for the premium version of the website. Here's a video we did on that:

But, we've learned that the RVillage Elks group is even better because RVillage  members sometimes find Elks lodge with RV parking that Allstays misses. Also, the RVillage members post comments and photos about the place. Here's our video on how to find Elks Lodge w RV parking using RVillage:

Anyway - we found two lodges that were great. Here's the map, we needed to get from A to D. B and C are the Elks lodges we found along the way, and they were awesome! 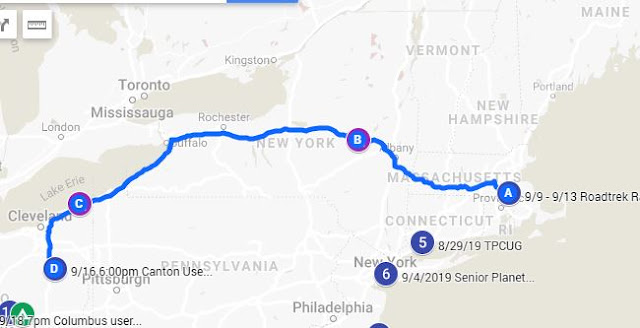 B is in a place known as Canajoharie, aka Nelliston, and it's right on the Mohawk river. It was beautiful. It was also on a dead end road which gave us a nice long walk along the river before dinner. And, speaking of dinner ... that's a great part about staying at Elks, they almost always have a bar, and often have food. This was one of the best - with extremely friendly locals sitting around the bar and welcoming us, and a steak dinner for some ridiculously cheap price, I think it was $12. 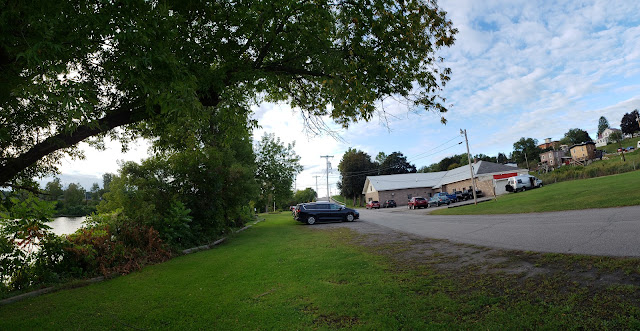 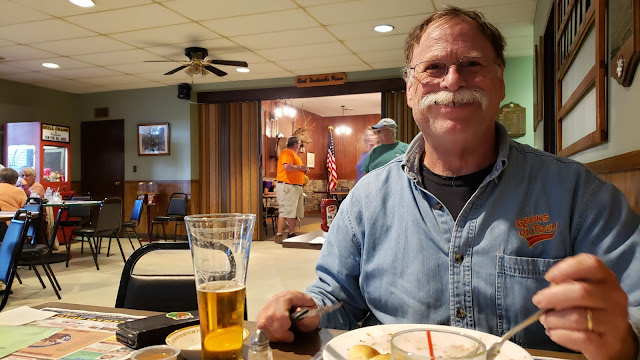 OK, there was one drawback - check out the photo below - if you look close you'll see a train right in front of our van. And, it ran all night. L O U D. But, we can tune it out. 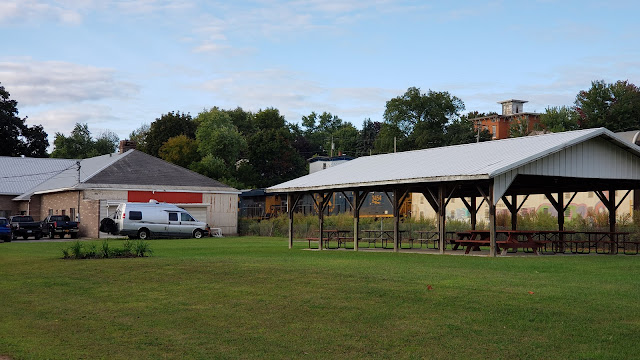 Next up, we found another Elks Lodge right on the shores of Lake Erie in Ashtabula, Ohio. Another great parking spot and another great dinner. Then, get a load of the sunset! 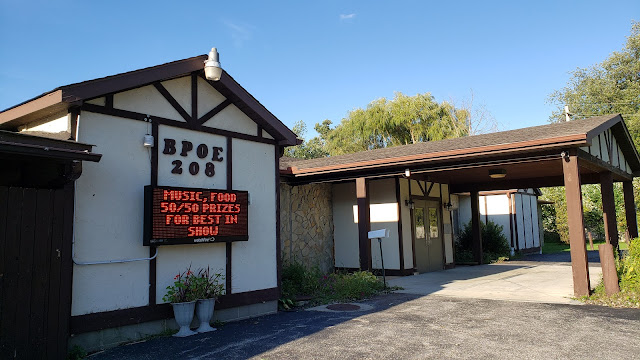 Watch any episode of our Online Show on Learning Smartphones and Tablets!
What Does This Button Do?
Posted by Chris Guld at 9/15/2019