Malé in the Maldives

What a unique bunch of islands.  Hundreds of atolls (circular arrangement of islands) with several islands each.  Something like 3,000 islands all totaled.  From the air they look like rings of air bubbles that some deep sea creature has blown. 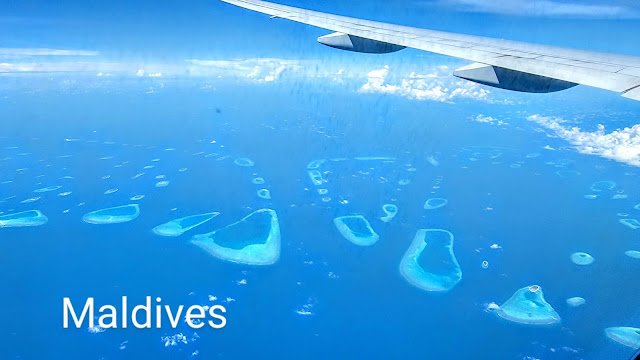 Most of these islands are barely more than some sand that manages to stick up above the surface of the ocean.  No mountains.  No hills even. Just sandy beaches,  some brush,  and some palm trees.  A big wave could wash right across,  yet many of the islands have resorts in them.
Then there's the capital city of Malé. That's where we fly in.  I think of a bumblebee who is scientifically incapable of flying.  This city doesn't look possible for existing.  High rise buildings,  chock-a-block covering this small island which is home to 250,000 people. I saw no evidence of any zoning laws. 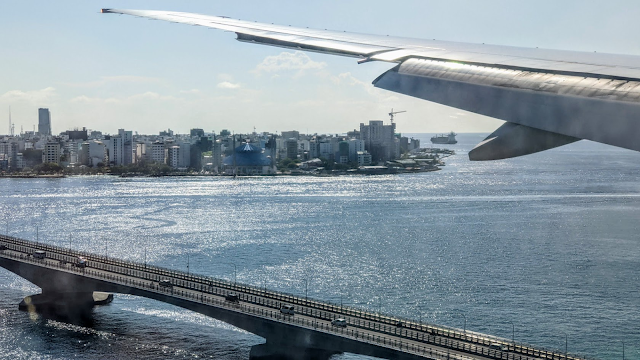 The airport is large and modern. A representative of the hotel was waiting for us with a sign of our name.  Our luggage did not arrive,  so we had to go through the paperwork to track it down.  They said it was in Dubai and it should be no problem to get it to us the next day.  We're so glad that we arranged 2 nights at a hotel before boarding the boat!
It didn't take long after getting to the hotel - Sala Boutique - to meet up with Alvin and Lisa. But we were all too jet lagged to do anything but arrange to meet for dinner.  We understood that the best restaurant on the island was right at this hotel.  So no reason to go anywhere. And it's a good thing too because it was Ramadan. The Muslim culture on this island is very strict.  If you were caught eating or drinking anything in public,  you could be put in jail because it is illegal.  And, there was no alcohol at all at the hotel.  The owner said he would be shut down if so much as a beer was found in the premises! 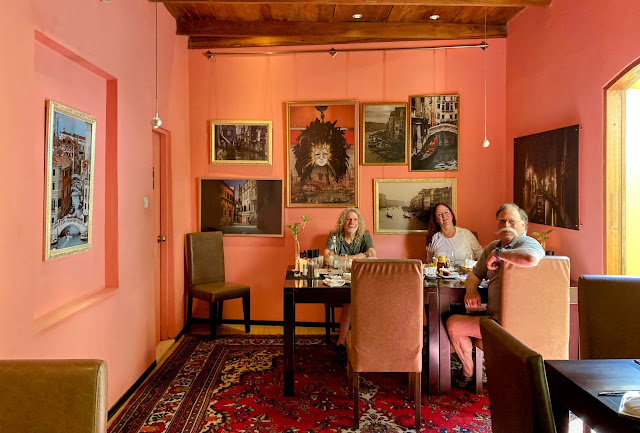 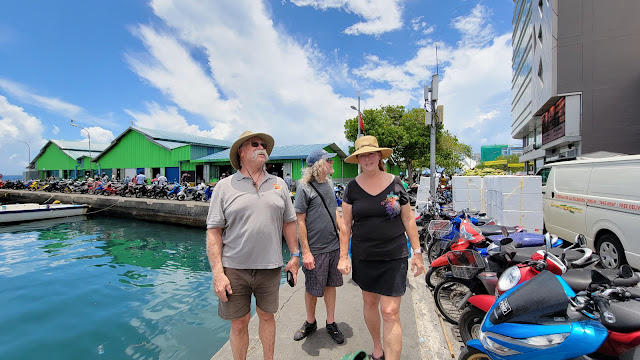 The next day we did make it out for a walk around the immediate area.  The traffic is amazing.  Mostly scooters,  but plenty of cars and a few buses also.  I saw no evidence of any traffic rules. No lights,  no stop signs. Cars just have to be gutsy and push out into the stream of traffic, forcing others to make way.
It's a relatively wealthy country so there are no beggars or pushy vendors about, but they had a different technique. 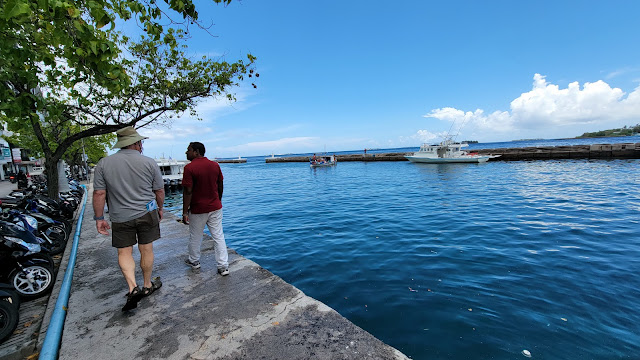 A Maldivian man would just strike up a conversation with us and start walking along. He was very friendly,  and quite informative. Kind of like our personal tour guide. After a while he pointed out his shop Black Bean. And told us to come by when we were finished with our walk. Then he left! Wow. Low pressure sales.  It worked.  We felt grateful and definitely visited his shop on our way back. All 4 of us got at least one t-shirt. I also got a pair of cool island pants. 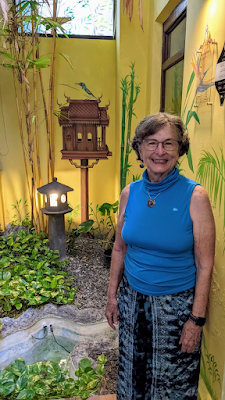