The 4th of July is Jim's and my anniversary.  We were married on a water taxi in Fort Lauderdale, Florida on a day that was every bit as hot as this one!  Luckily we saw no need to dress in the formal wedding gown / tuxedo.  I wore a sundress and Jim wore shorts and hawaiian shirt - our guests were in similar attire, and most of us jumped in either the ocean, or the hotel pool when the water taxi ride was over.  Click to see more wedding pictures.

Jim and I share so many things - and that is what makes our marriage such a wonderful partnership.  Computers is what brought us together, scuba diving brought fun and excitement, and our love of travel and learning is what continues to build our relationship.  We are a great team.  Together we have built each other's dream life.  Happy Anniversary Jim!  Marrying you is the best thing I've ever done! I Love You.


We are spending this week parked in the driveway of our good friend, Jimmy Lyon, on Long Beach Island New Jersey.  This is Jim's home town - he lived on Long Beach Island from 1963-85.  You might say he grew up here - but he says he never grew up!  We try to visit here each year.  We usually try to visit in September - better weather, less crowded - but this was the week that worked this year. 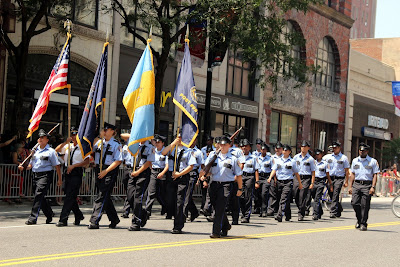 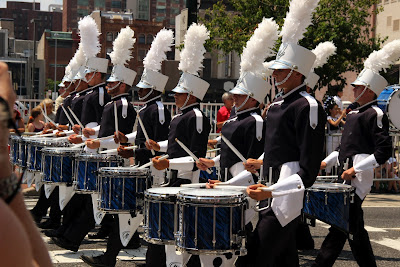 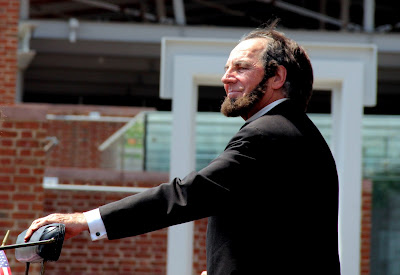 To see the city we took a trolley tour and sat on the upper deck.  It was very hot, but we caught an occasional breeze, and you do get the best views this way. 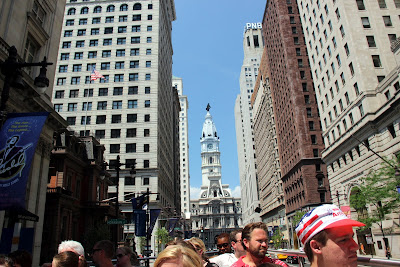 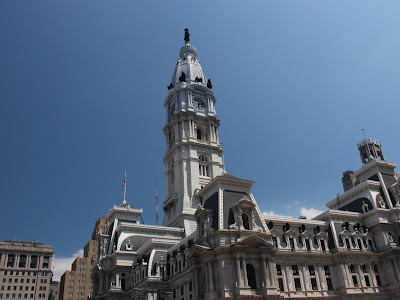 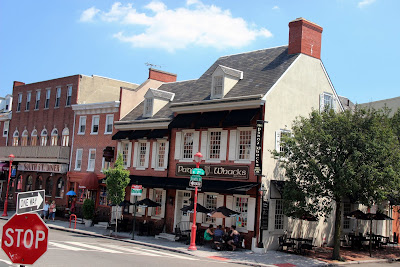 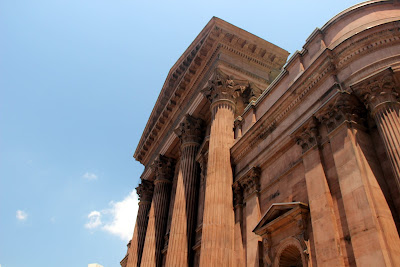 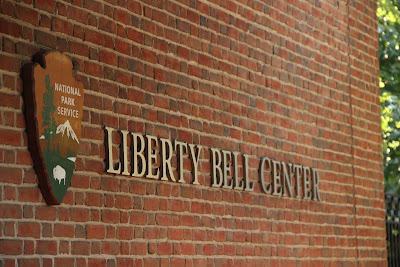 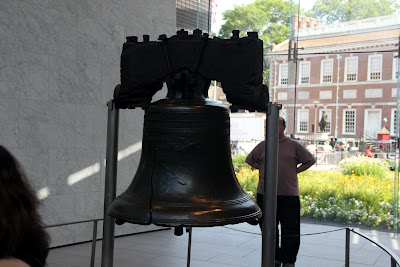 Another reason we wanted to go to Philadelphia is for Guld family history.  Jim's sister, Debbie has done some genealogy research and found that their grandfather met their grandmother at a bar here in Philadelphia.  The bar was owned by Jim's grandmother's father - Michael F. Dalton.  That bar still exists and it's called the Handle Bar.  After our trolley tour and Liberty Bell viewing we got our car out of hock at the parking lot ($18!) and drove over to Frankford street.
Oh No!  It was closed. 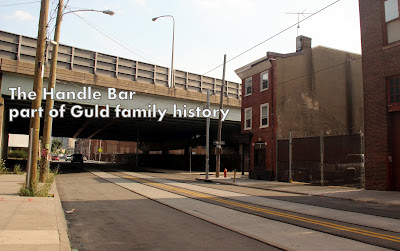 We took a few pictures of the building and the sign, then got back in the car.  I pulled my Droid smartphone out of my pocket, just to see what's new and noticed a Facebook message from our good friend and beer connoisseur, Phil May.  He said, if you're in Philadelphia you must go to Farmers' Cabinet - they have the most amazing selection of beer, and some good food too.
Well ALLRIGHTY then!

We went to the restaurant and had a memorable Anniversary dinner - I found a beer on the menu that was called an Anniversary beer and Jim found one called 'Streakin Roun the Campfire at Mignight'  The were both scrumptious. 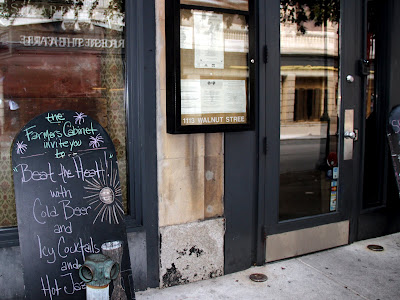 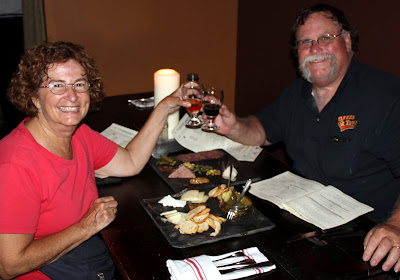 Phil wasn't kidding that they had a selection of beers! 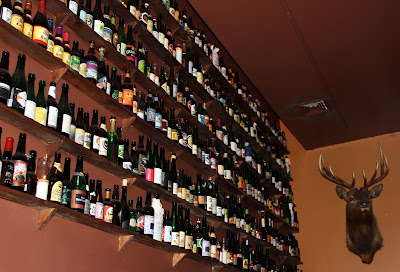 After dinner, we decided to try the Handle Bar again - and it was open! 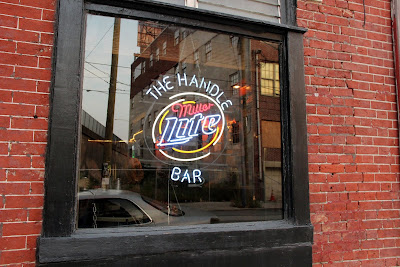 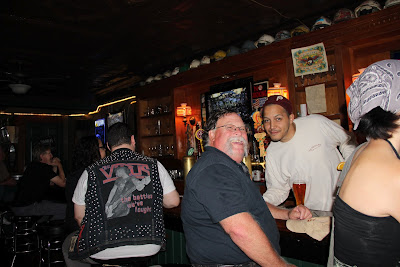 All in all a VERY memorable 4th of July.  I hope you had a good one too!

Email ThisBlogThis!Share to TwitterShare to FacebookShare to Pinterest
Labels: Anniversary

I maintain that I got the best part of the deal. You complete me, Chris.

A VERY sincere congratulations to you both! Happy Anniversary!

Happy Anniversary! There's never any doubt how much you two love and enjoy each other. Everytime you look at each other your eyes sparkle.

Happy Anniversary! How many years?
Thanks for sharing our favorite 4th of July location! It's one of the things I miss about Philly. They have great fireworks on the river this weekend too! or at the Art Museum. Have one for us!