California, here we are

Our last rally in Oregon - the Country Coach Friends - was a pretty small affair.  I think we set a record with only two people attending one of our seminars!  But those two people are big fans :-)  Anyway, we were able to get on the road a day early which was a good thing.  We had to be in San Rafael just north of San Francisco in two days' time.

We've been hearing about fires in Oregon on the news.  And, it definitely looked a bit smokey. 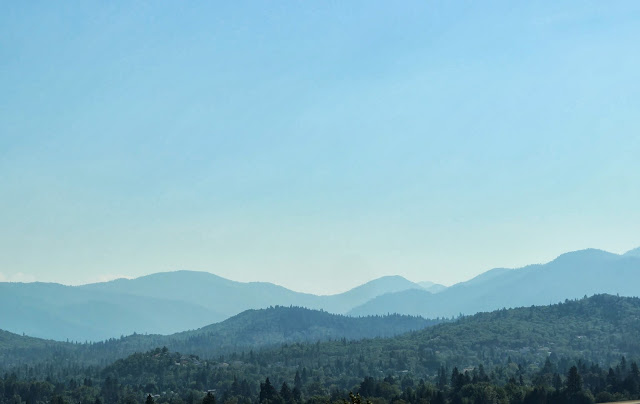 We debated taking the coast road, thru the redwoods, but that just seemed like too tough a drive for the short time we had, besides both of us were struggling with a bit of a cold.  So we stuck to I-5.  I'm glad we did, if only to get a picture of our current RV with Mt. Shasta in the background.  We had a similar photo of our old rig that we used as a cover photo for lots of Geeks on Tour presentations.  Now we have a new one! 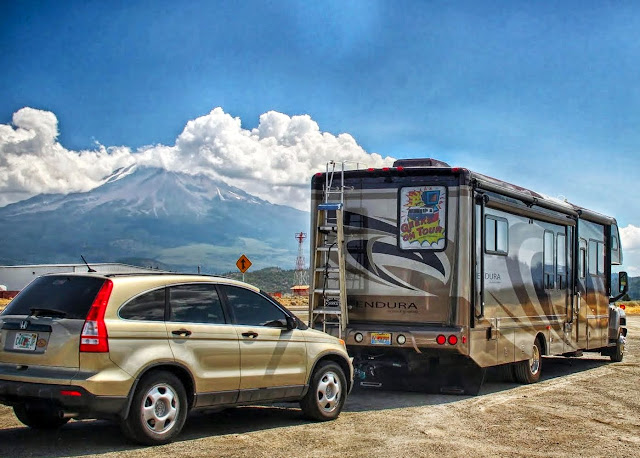 Camping anywhere near San Francisco is a pretty pricey proposition.  We were glad to find an Elks Lodge in Petaluma that suited us just fine.  Instead of the $65/night we found for a campground, we paid the Elks $25 for full hookups and a nice quiet spot.  We even got in early enough that I could squeeze in a visit with my old friend, Liz, who drove up to meet us.

Our seminar for the Golden Gate Computer Society was on Cloud Computing.  Jim brought our own screen and projector to go along with the one they had so we could project the iPad or Smartphone at the same time that we projected the computer.  I think it worked well to show how the Cloud allows you to use any device to work with your stuff. 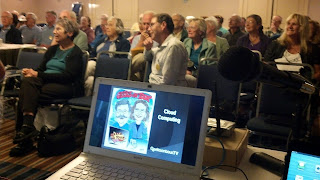 The next day we had a hands-on Picasa class for the GGCS group.  Their classroom was packed and they had a waiting list.  I think this day went well also. 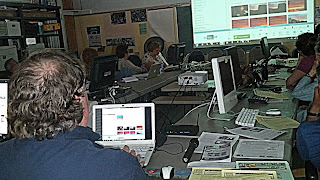 When we finished the class, we were ready for dinner.  Looking at our Google Maps we saw a place called Pizza Orgasmica and Brewery.  How can one resist!  When we finished our dinner it was about 5:30-6 and the weather was gorgeous.  We were only a half hour north of the Golden Gate Bridge, so we took a scenic drive.  OOOOOHHHHH so scenic! 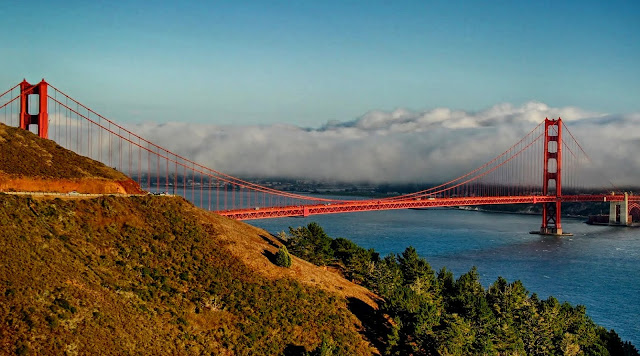 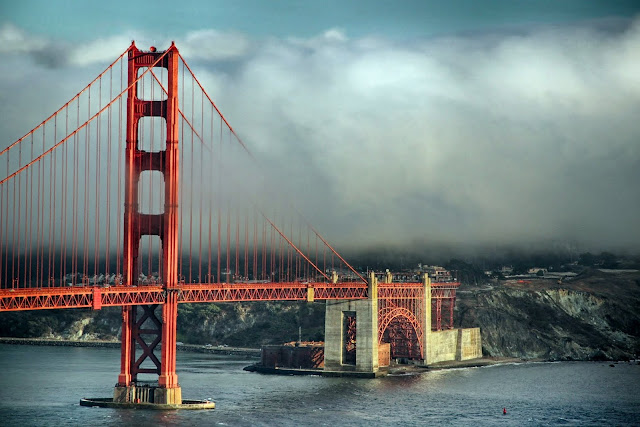 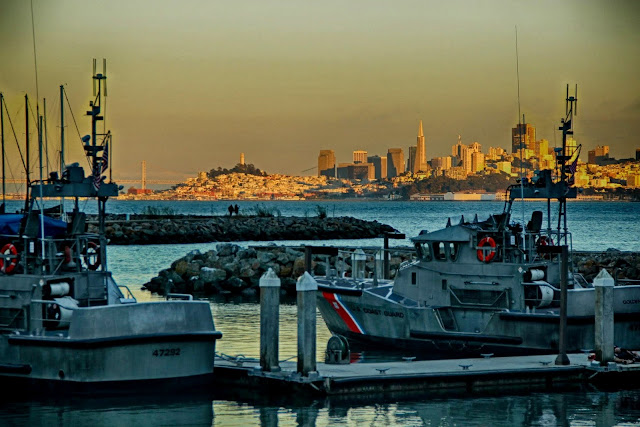 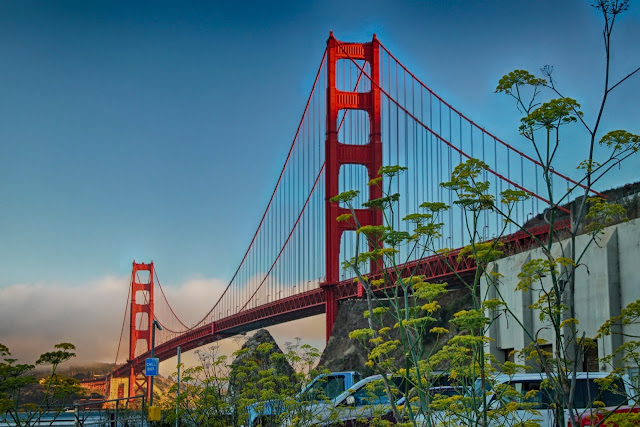 I'm getting a little carried away with this HDR photo technique.  I set my camera to AEB (auto exposure bracketing) so it takes 3 exposures in a row.  Then, when I upload the 3 pictures to Google+ photos, it puts them together as one HDR (high dynamic range) picture.  That's what makes the pictures above look extra dramatic.

Email ThisBlogThis!Share to TwitterShare to FacebookShare to Pinterest
Labels: california

Love the photos I have downloaded the HDR app, but have not uploaded any to google+ yet.

Your pictures are always good but these are sensational.