Palm Springs and our Online Show

After saying goodbye to Ron and Ruth in Southern California, we set our sites east. Our plan is to stay in Arizona this winter after first flying to Florida for a visit. These windmills are right along I-10 before getting to Palm Springs. 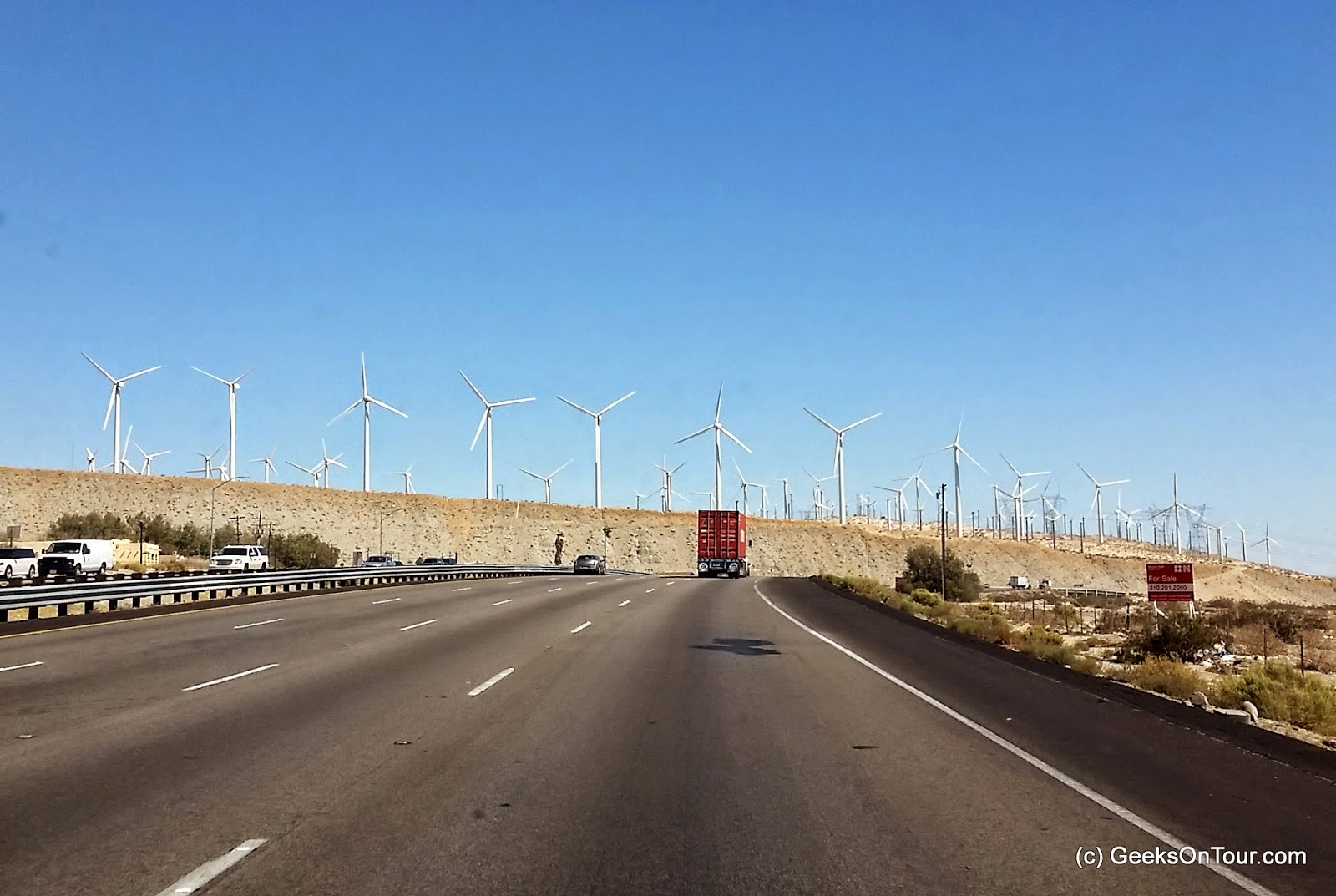 There's a Thousand Trails park in Palm Springs (actually Palm Desert) so that was our plan for a couple of days. That puts us in the park for our Sunday Internet show: What Does This Button Do? we figured the odds were good that we'd have sufficient Verizon bandwidth there. We are starting to plan our lives around having good Internet connection on Sundays! 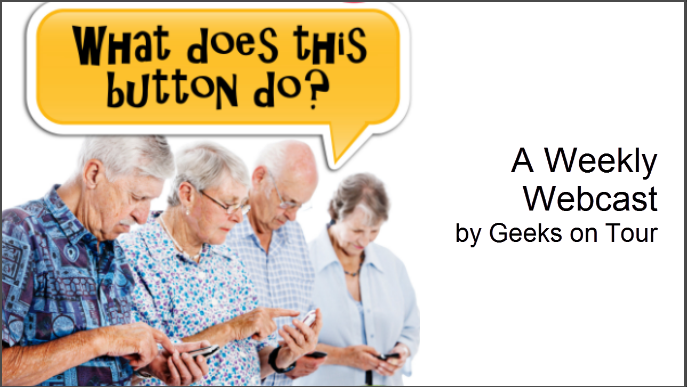 Here's our site at the Thousand Trails Palm Springs park. It used to be a date farm, can you tell? 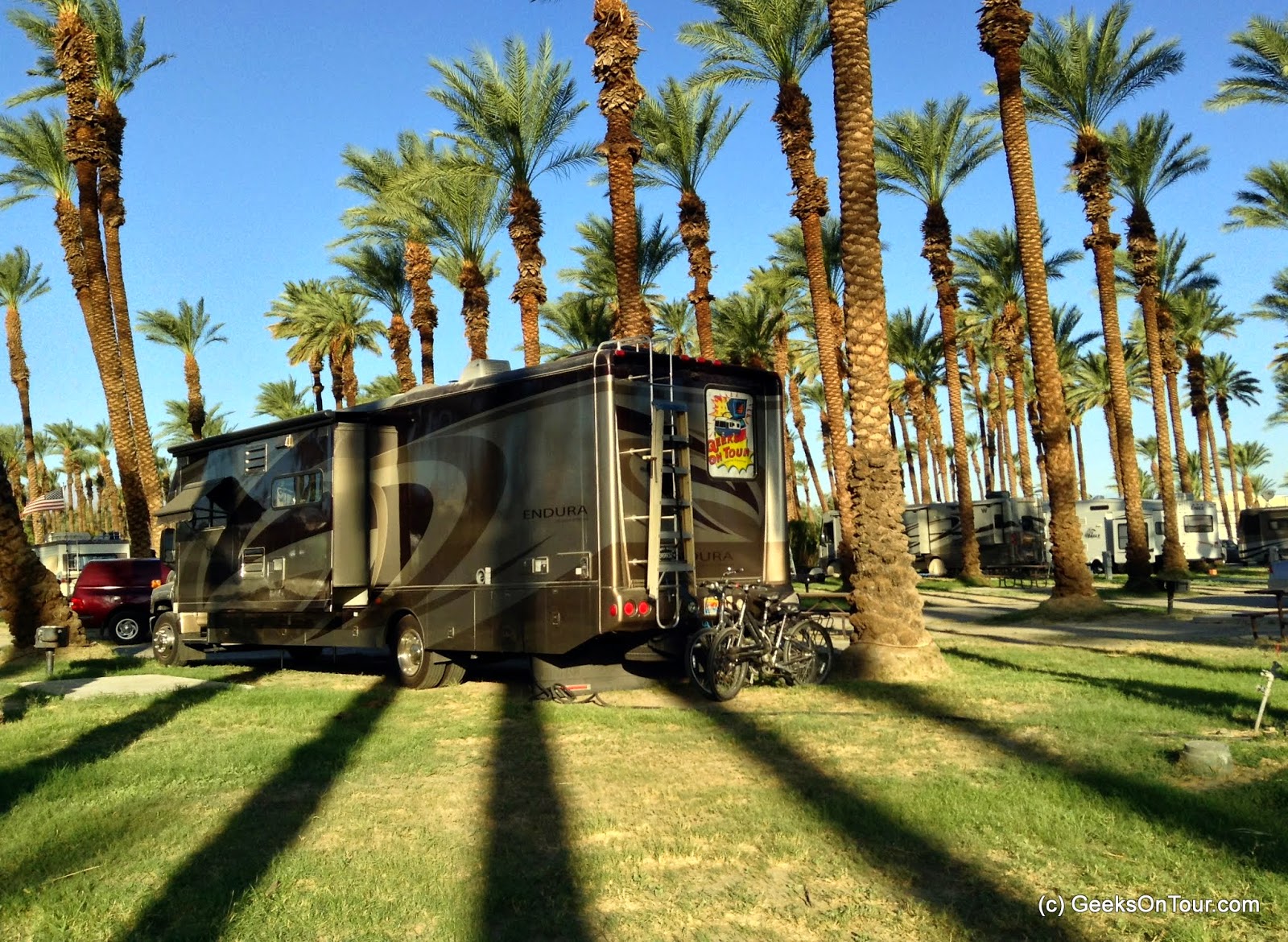 And, sure enough, the Verizon signal was good, and fast - so we were able to do a decent job with our show. Doing a LIVE show is stressful, so why do we do it? We already record tutorial videos on our website, and that's how we make our living - people pay for a membership so they can watch all the videos. So, why do we schedule these live sessions of tutorial videos when the quality will never be as good, and we get all stressed out about it? Well, three main reasons:


Here's the episode that we did while at Palm Springs: What Does This Button Do? #14 Our Beginner's lesson for this time was about doing your Updates on both Apple and Android devices. Apple iOS 8 had just been released. This was the first episode where we asked a guest to join us and talk about their favorite App. Robin Seaver from the Computer Club at Sun City Hilton Head did a great job. This may be the first episode where we started to relax and have some fun. That's what it's really about.

Pretty amazing that we can do this from an RV?!  Here's what Jim's "studio" looks like at the end of a show: 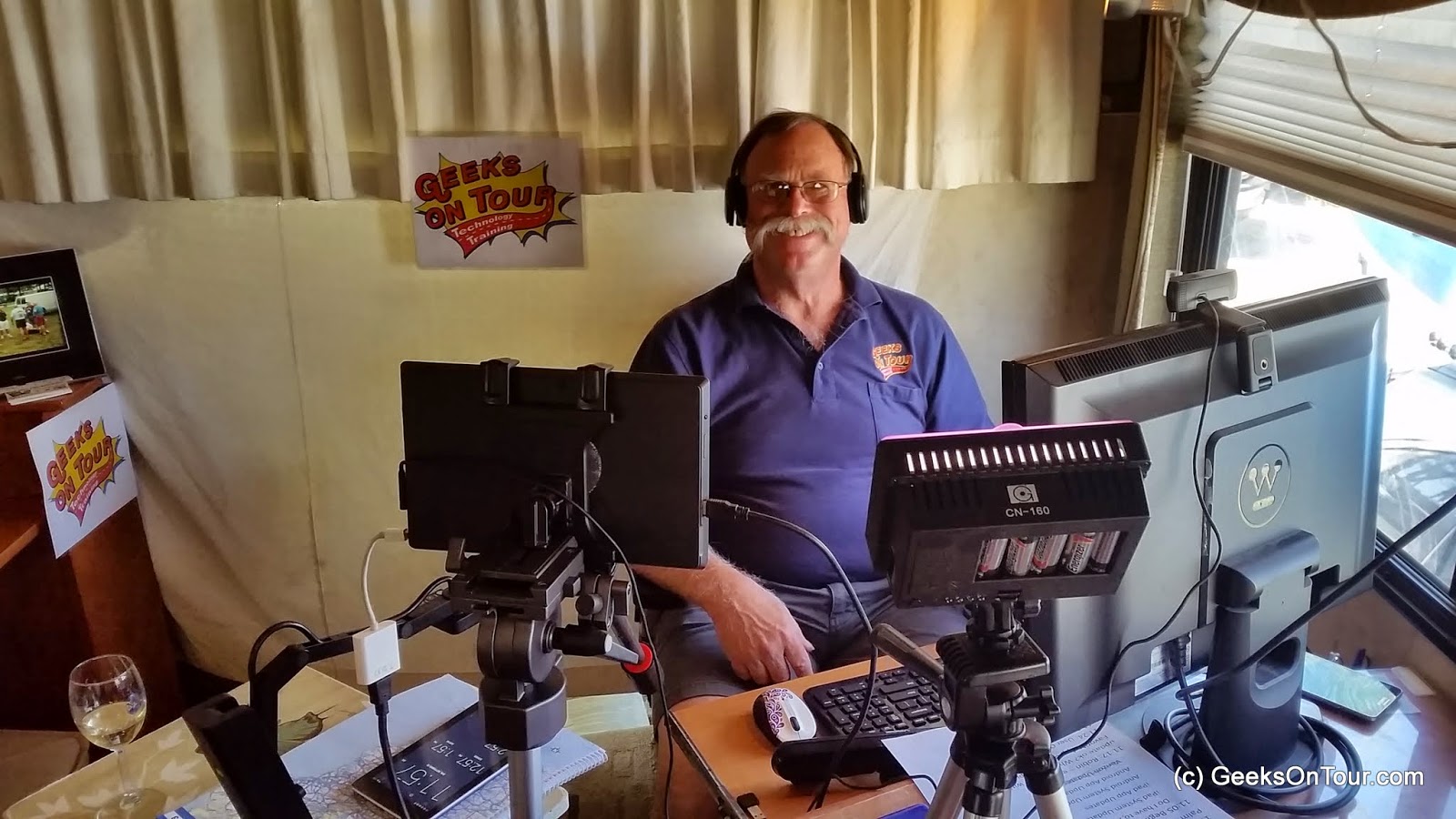 Ah ... and you might notice the wine glass at the left of the photo. There's champagne in that glass! Finishing a live show always makes us feel like celebrating! Even the ones where things went wrong ... then we celebrate that we survived and still want to do another! 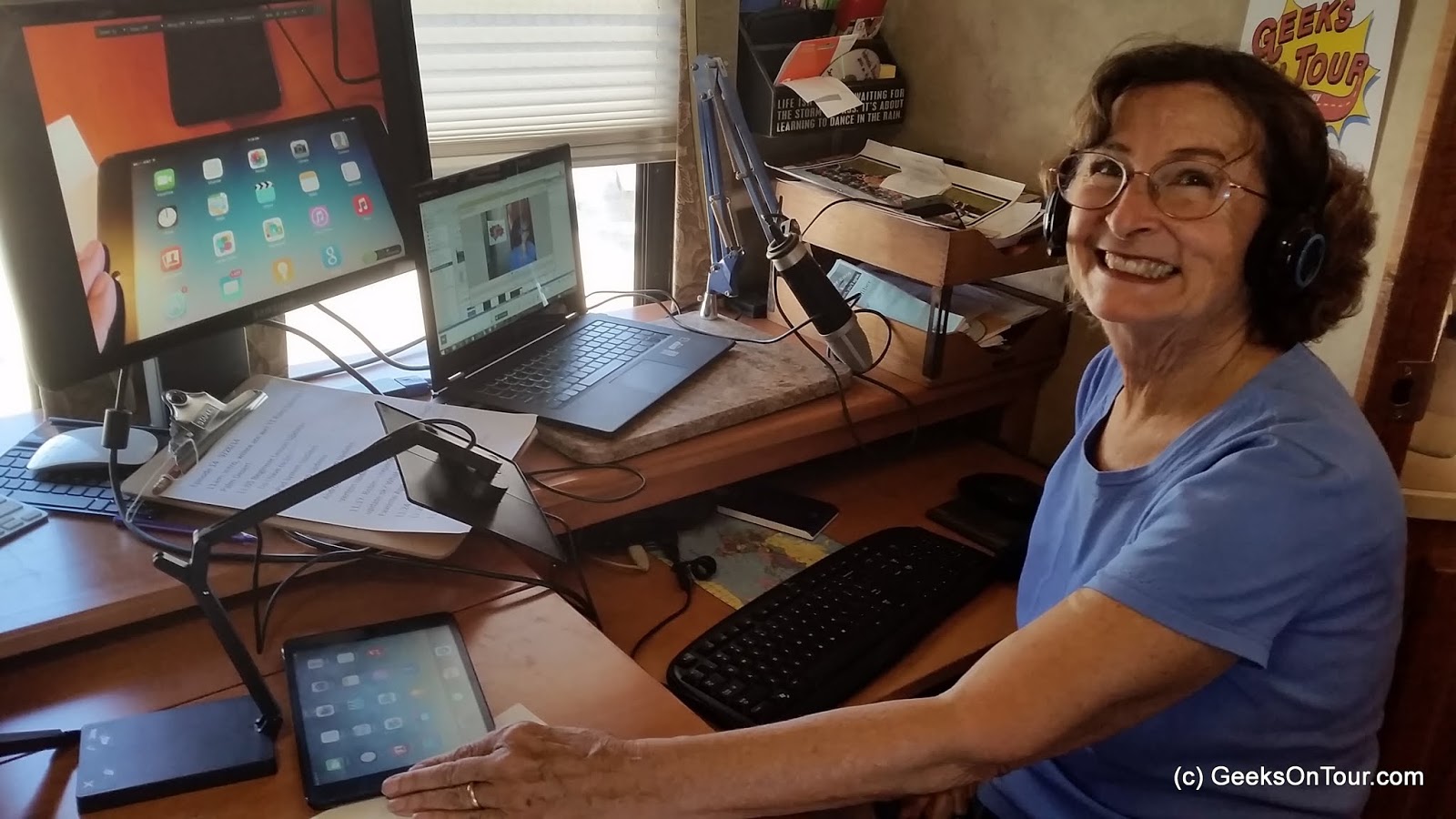 The hardest part is projecting the smartphones and tablets. We've used different techniques, here I'm using a "Document Camera"  see the iPad sitting on the table? and the projection of the iPad on my big monitor? The good part is that what the document camera sees is shown on my computer screen, so using Hangouts ability to share my screen works great for the show. The bad part is that it's hard to keep the smartphone or tablet in focus with the Document camera. It's very touch with lighting, and every time you change screens, the lighting is different. It's also just slow to focus - so moving my hand ends up looking blurry.
Other times we've used a third tablet (my Samsung Galaxy Note 10.1) as if it were another guest in the hangout - then we turn the camera to the rear-facing lens and put the device to be demonstrated within it's sight. I think this focuses faster, but it is so awkward to hold everything in place and work the demo.  I'm now thinking that a different stand for the tablet/camera might be good. I see one by Belkin that looks interesting. I don't even want to add up how much money (100s) we've spent on different devices trying to come up with the best presentation possible. We'll keep working on it!!
For anyone interested in learning more about how to work with Google+ Hangouts on Air, we learn thru belonging to a Hangout Mastery group.

Watch our Weekly Online Show on Learning Smartphones and Tablets!
What Does This Button Do?
Posted by Chris Guld at 9/30/2014