A week in Palm Springs

Thankfully, the Good Sam rally, which was originally scheduled for this week had to change to February. If it had been held as originally planned, all three of those big rallies would have been this month. It makes me tired just considering the possibility! As it turned out, we ended up with a whole 10 days in between the Escapade in Tucson and the FMCA rally in Pomona.

It's 469 miles from Tucson to Pomona and we have a whole 2 weeks to do it! We looked at the map and realized we could stop one night at our special hot springs in Tonopah again, then we could check in to Thousand trails for 10 days, and still have a day to spare! Yay! We love staying at Thousand Trails because it is a membership park, meaning that, after we pay our annual dues (about $600) we don't have to pay anything when we actually stay at a park. The more we stay, the better the deal. AND, the Thousand Trails at Palm Springs is in a good Verizon area. We did our Internet Show here last fall and it went well. So, we checked in and planned to stay thru 2 Sundays.

We had a special guest along for the ride this time ... Murphy May! Such a personality this dog has! I know why Phil, Tracey, and Ally love him so. They will be meeting us again at Pomona and, meanwhile, they needed to travel by car and stay at friends' houses, so we got to have Murphy for the week. 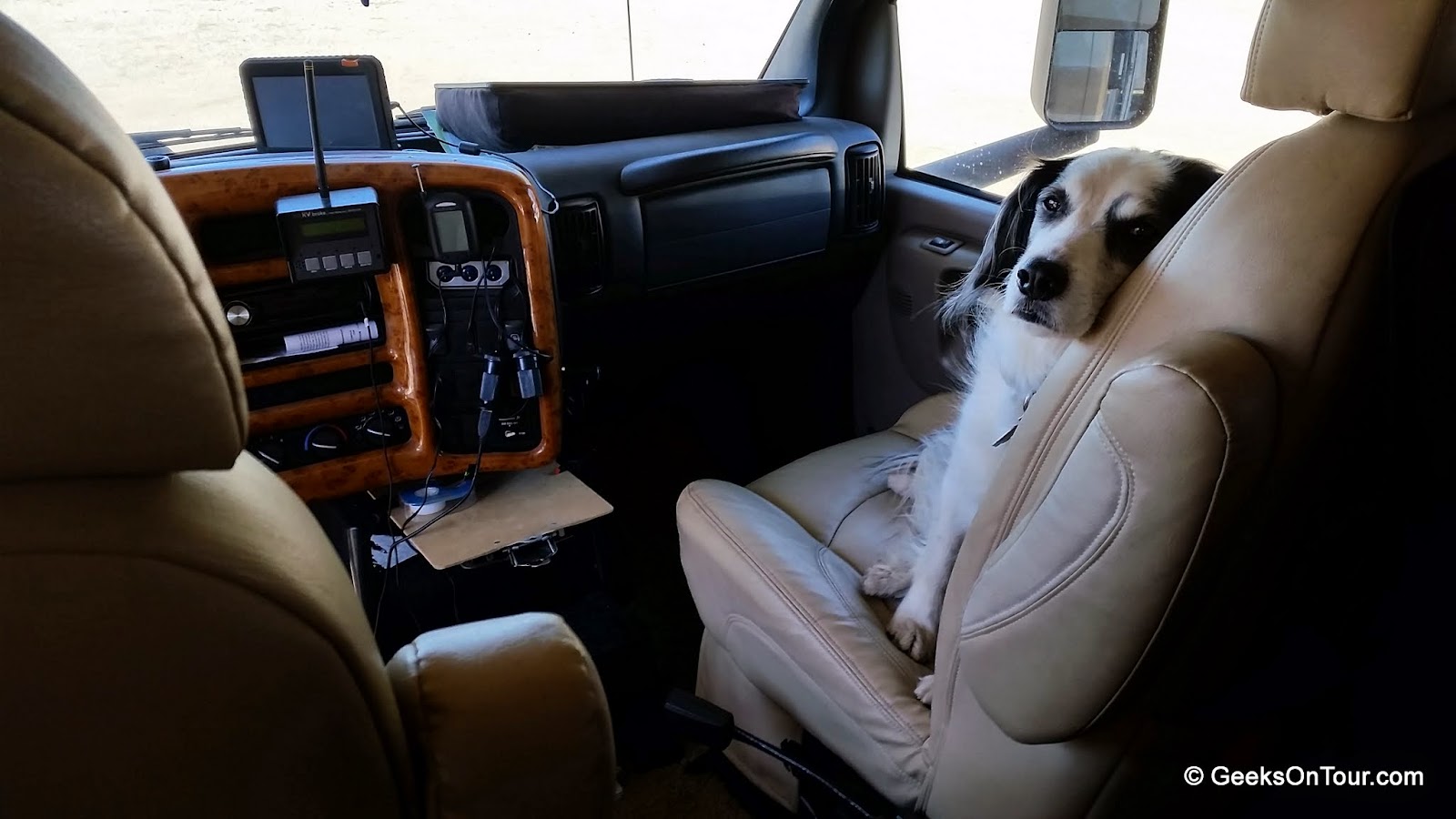 The Date palms at this place are so remarkable, I just can't stop taking pictures. 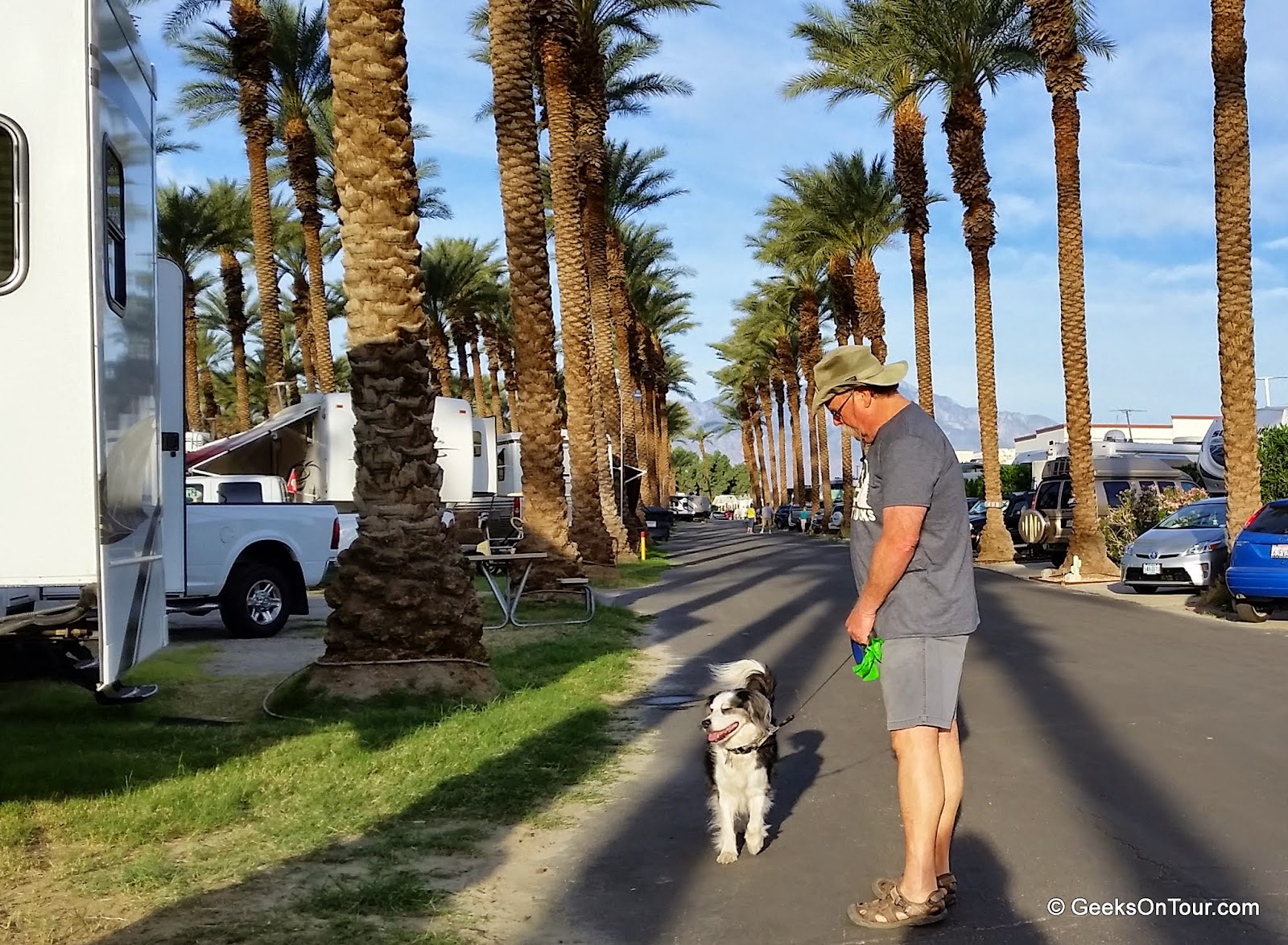 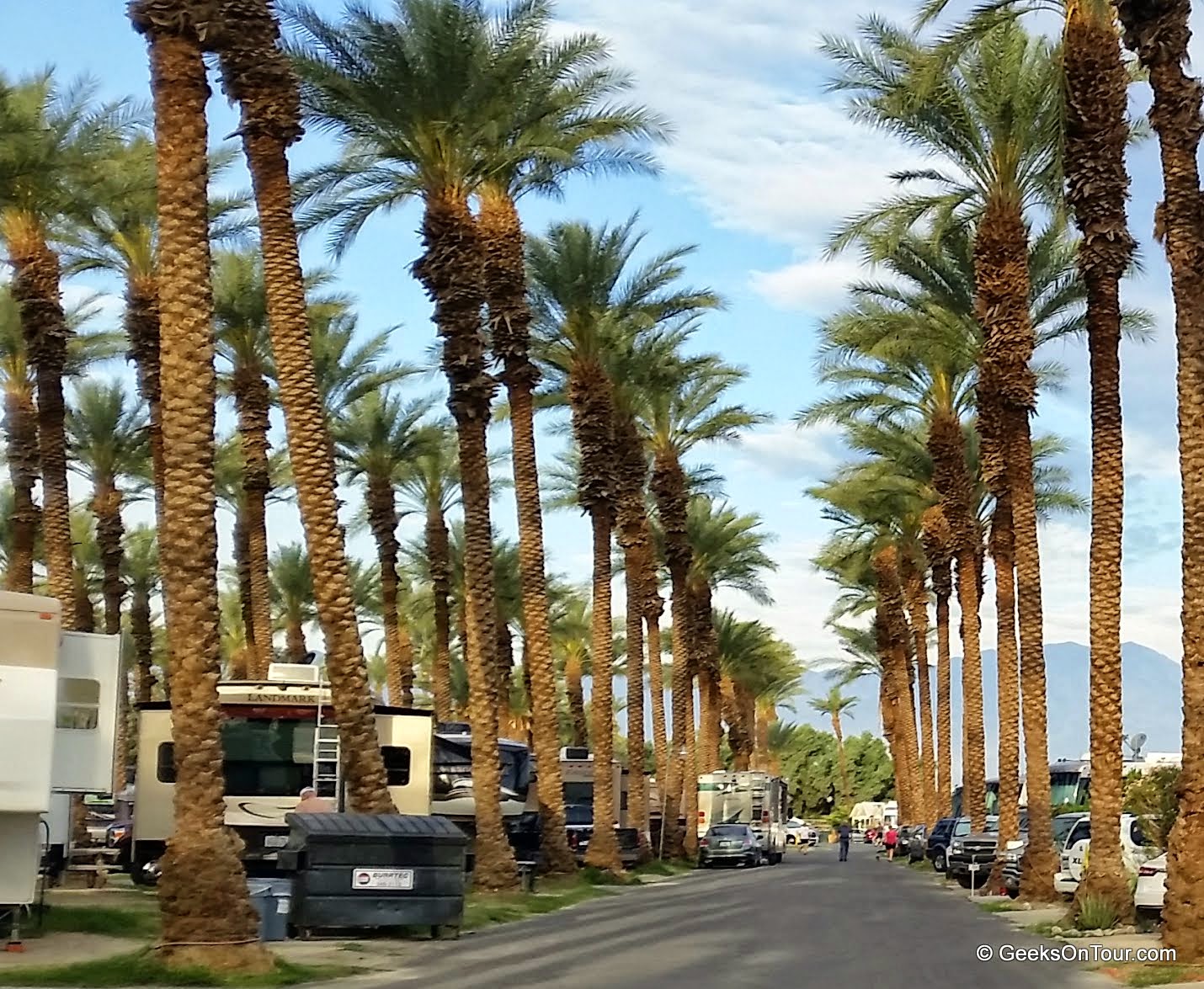 And Jim even got out his quadcopter to get some video of them:

I love Google Now! We were just driving around town doing some grocery shopping etc. and my phone with Google Now, just popped up with some 'cards' about happenings nearby. One of those was a concert by Don McClean (American Pie, and Vincent - Starry Night) We love his music and decided to grab the brass ring - almost before the next street light, I tapped the link to buy tickets and we went to a concert the next night. It was GREAT. 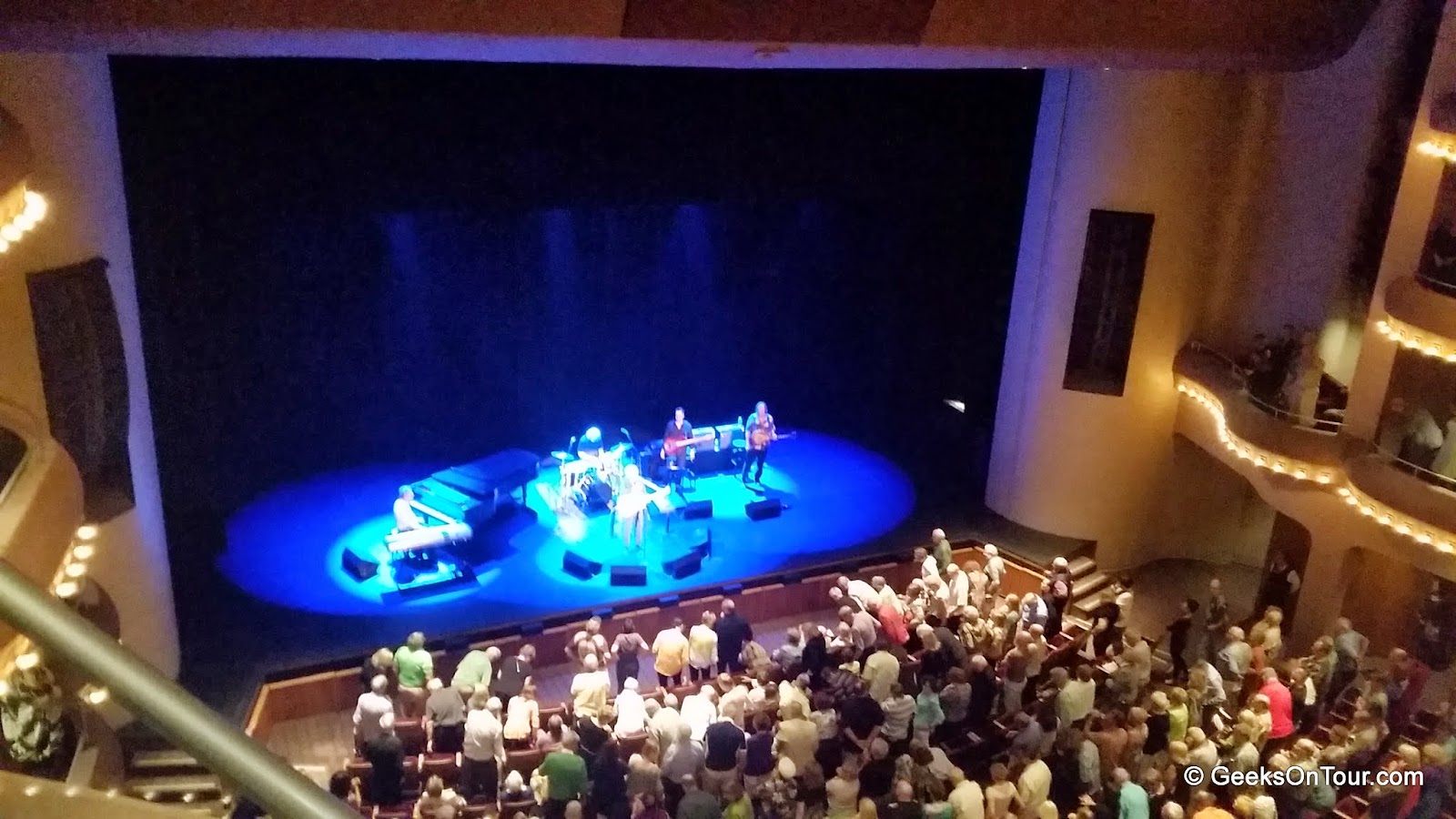 We did our two Sunday shows and they went fine ... we taught about using Dropbox on smartphones and tablets. If you're interested, here's Episode 32, and Episode 33. We also did a whole lot of catch up work, and preparation for the next rally.

Have you watched any of "Gone with the Wynns" videos?  They're fantastic! And, they do one for every Thousand Trails park. We happened to click on the one for Thousand Trails Palm Springs. So, we've been here for 9 days and, as I'm watching their video I'm thinking, "We haven't seen any of this!" We gotta do something about that! So, after our show on Sunday we took the afternoon to be tourists. We had lunch on the golf course in Palm Springs, and then we took the Tram up the mountain.  Can you say Photo Op?! 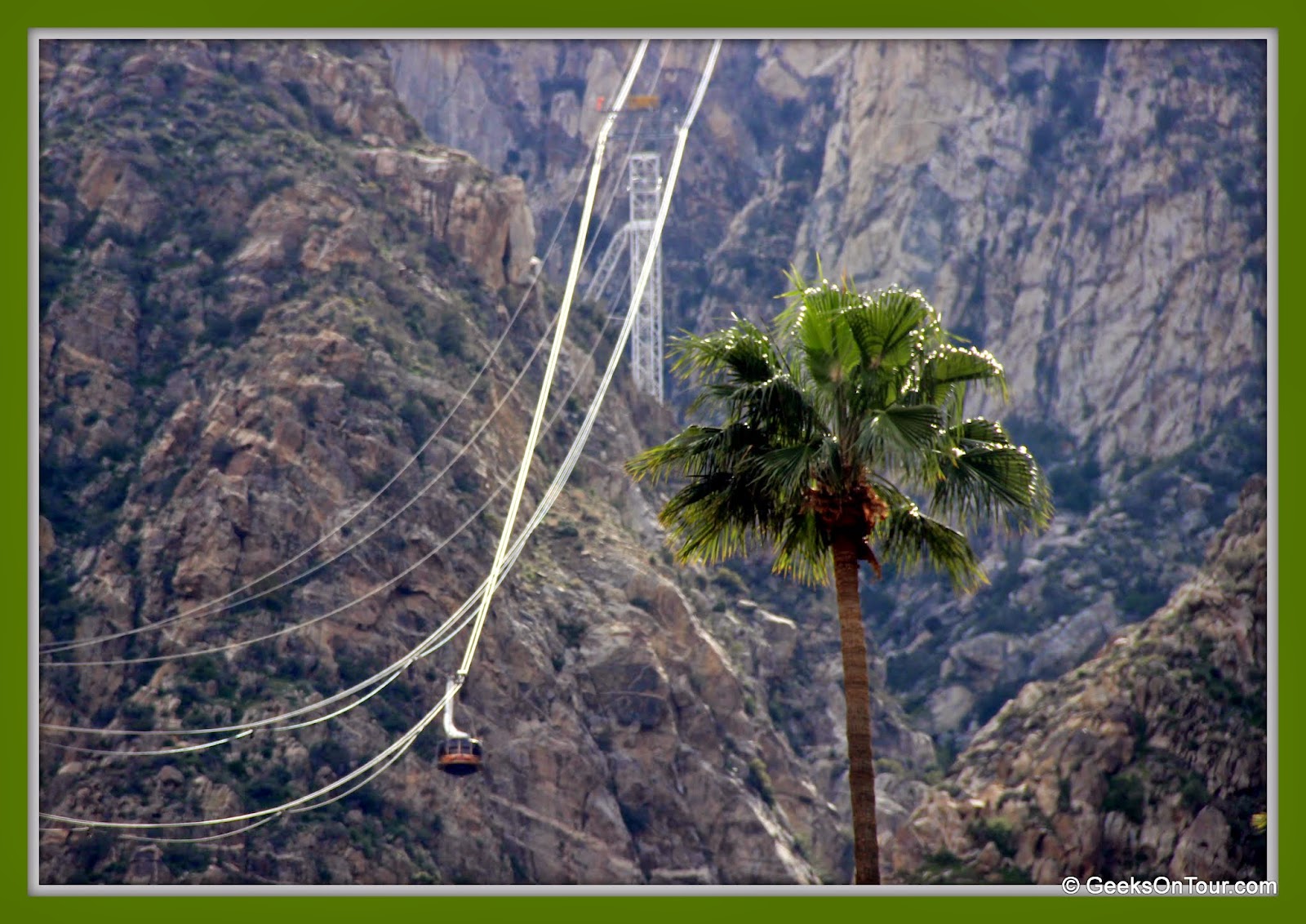 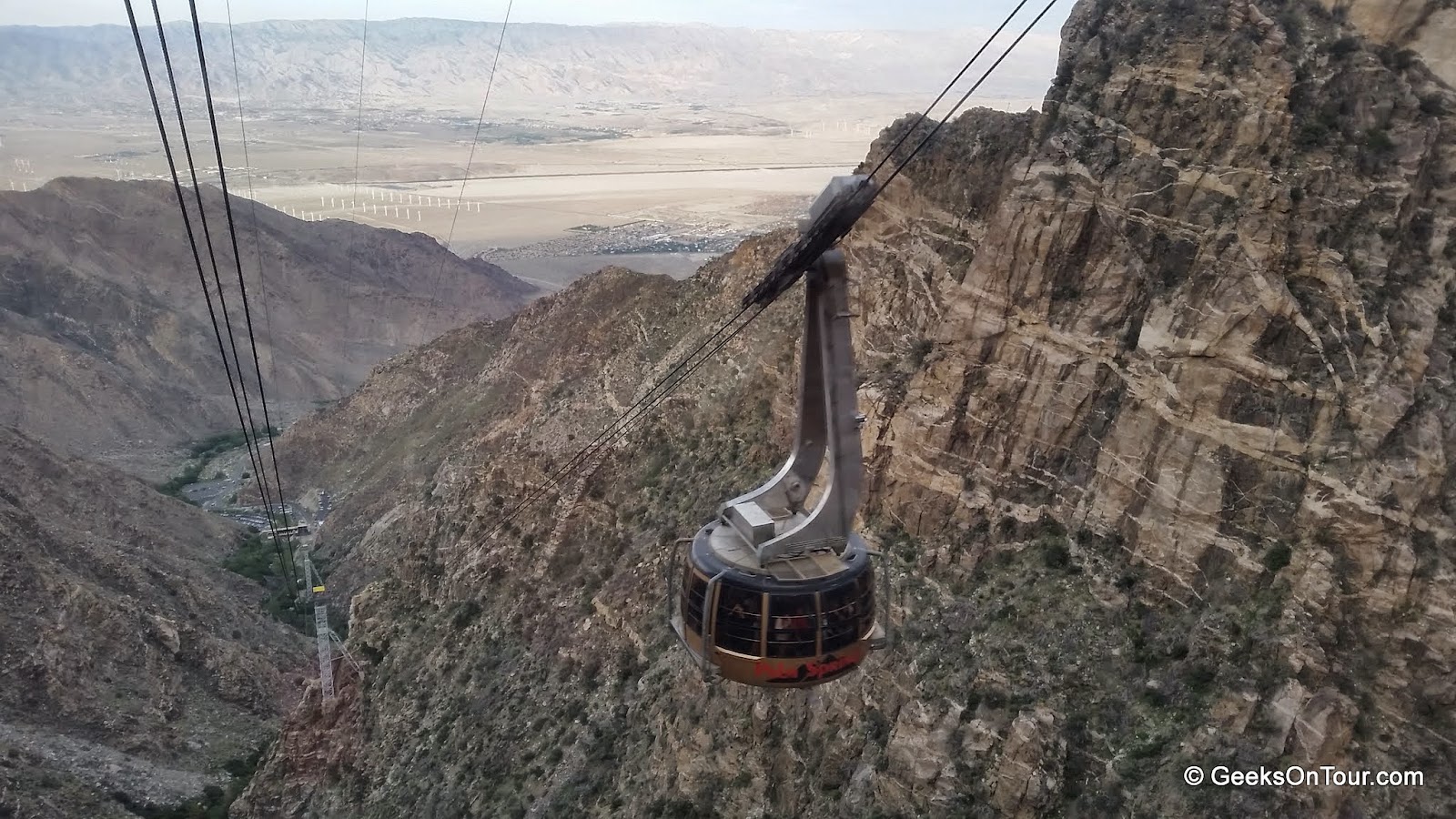 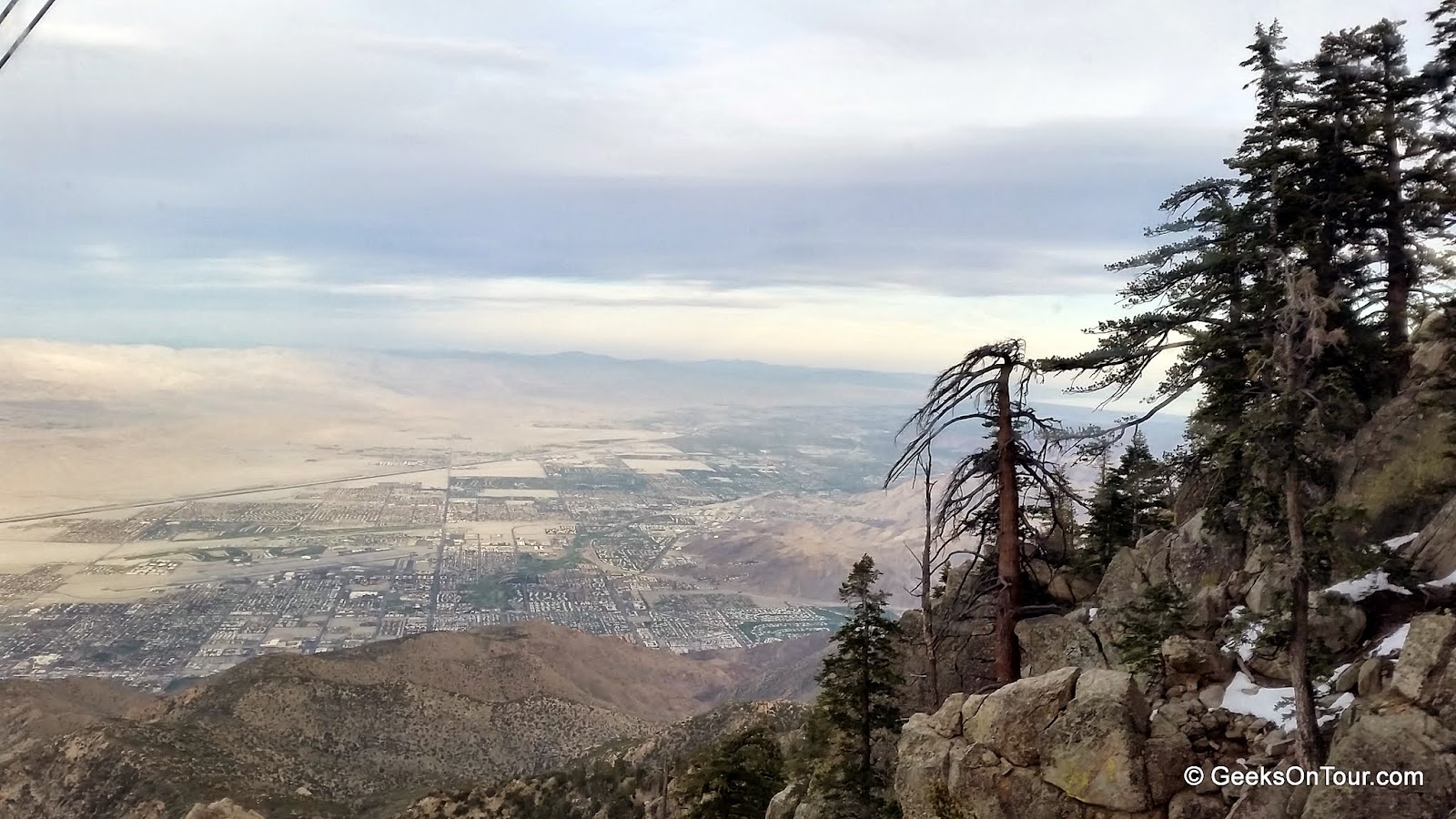 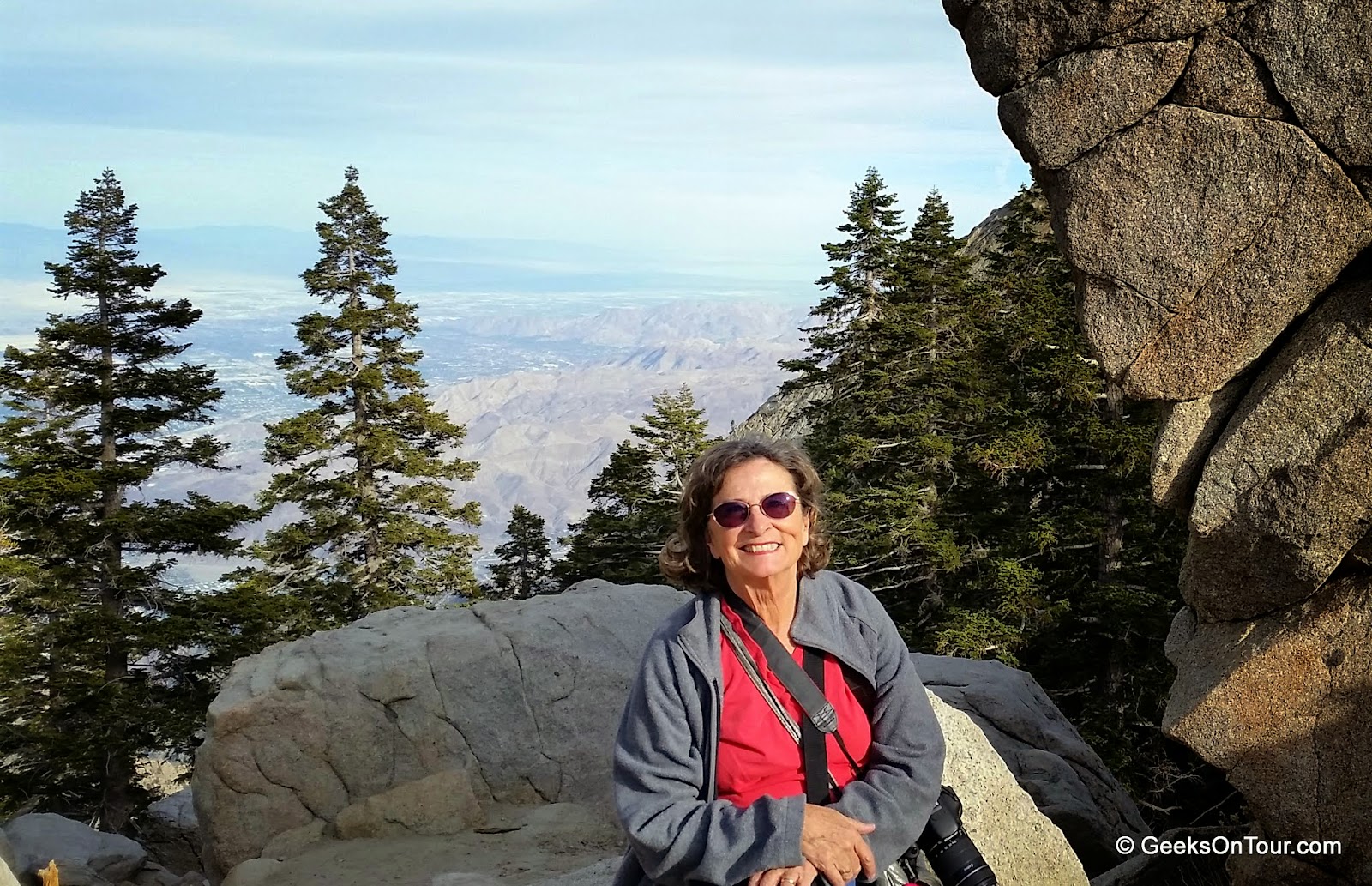 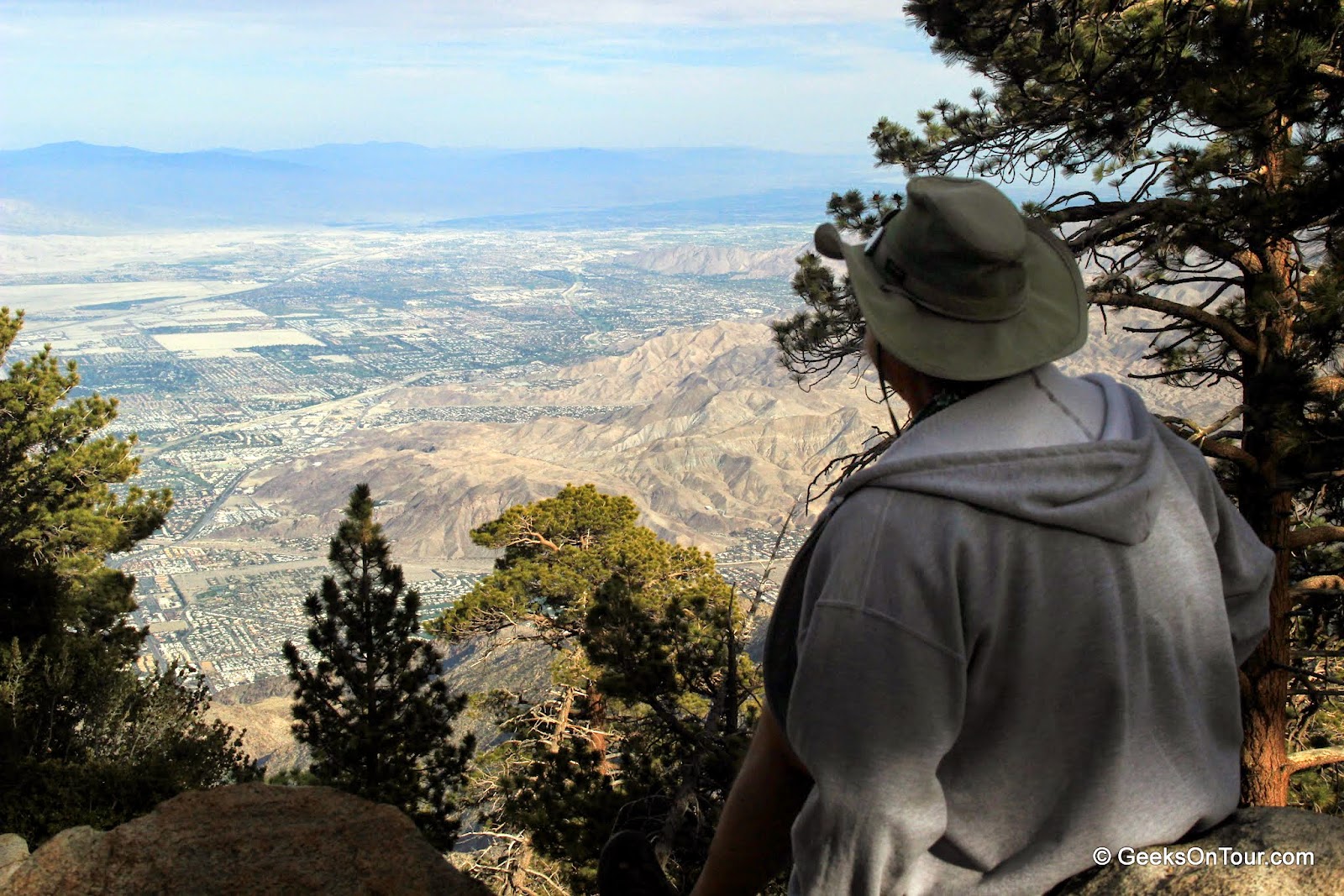 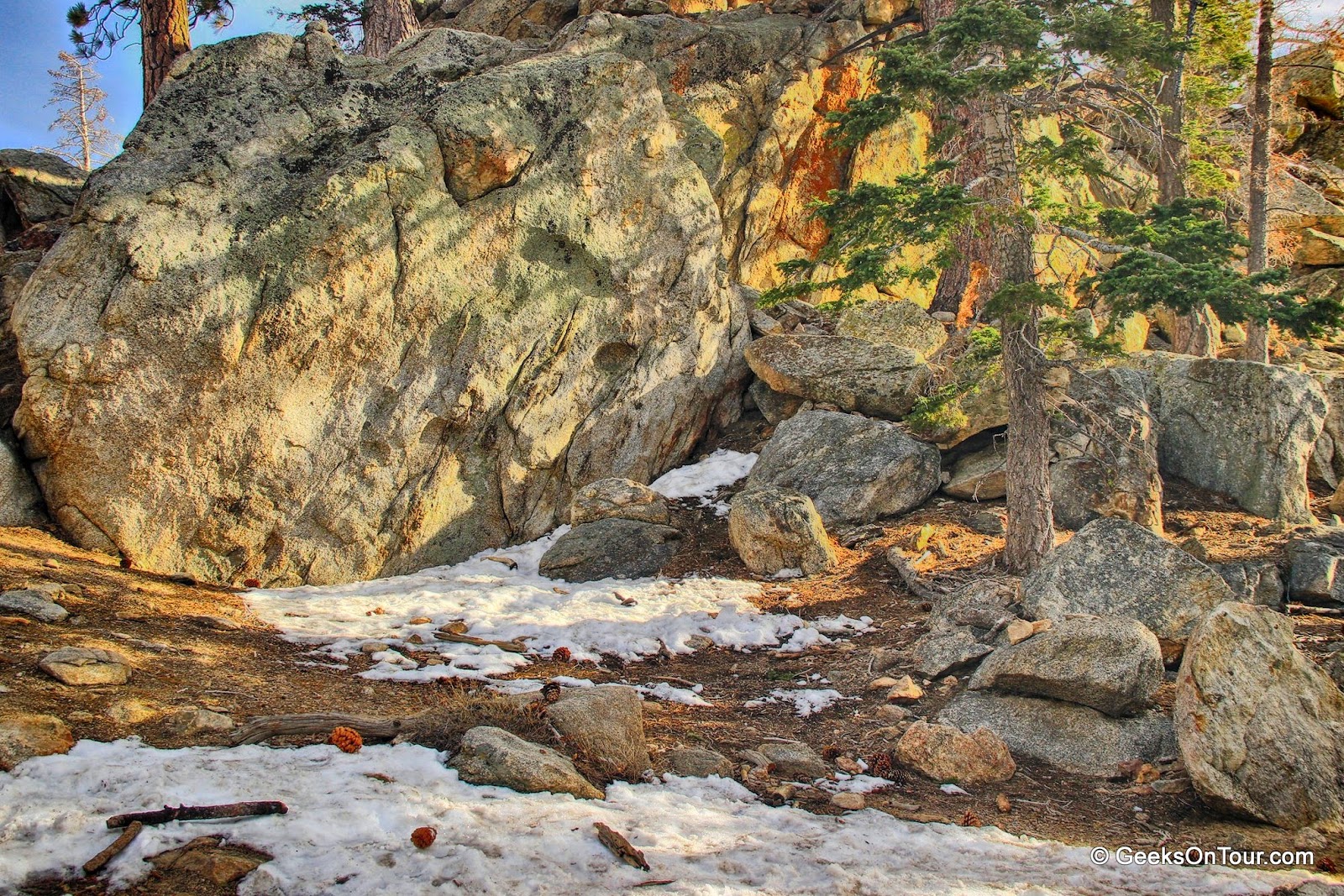 Thanks Jason and Nikki for letting us see what we were missing. We can leave with a clear conscience now!

Watch our Weekly Online Show on Learning Smartphones and Tablets!
What Does This Button Do?
Posted by Chris Guld at 3/23/2015

You deserve some time not teaching. Enjoy your days off.