We had a few days free in between The Rally in Phoenix, and the Escapade rally in Tucson and we had made reservations at Picacho Peak State park for that time. We figured we would need some peace, quiet and beauty after the hectic time we just finished. Picacho Peak didn't disappoint! My only concern was whether there would be good Internet connection since we did still have work to do in preparation for the Escapade.

So when we saw a facebook post by our friends Chris and Cherie of Technomadia.com that they were staying at Picacho Peak we asked for an Internet report. YAY! they said that both Verizon and AT&T were strong there. So, we breathed a sigh of relief and headed down the road.  In the rain!
We had resesrved a nice pull-thru spot so getting parked was no big deal even in the rain. 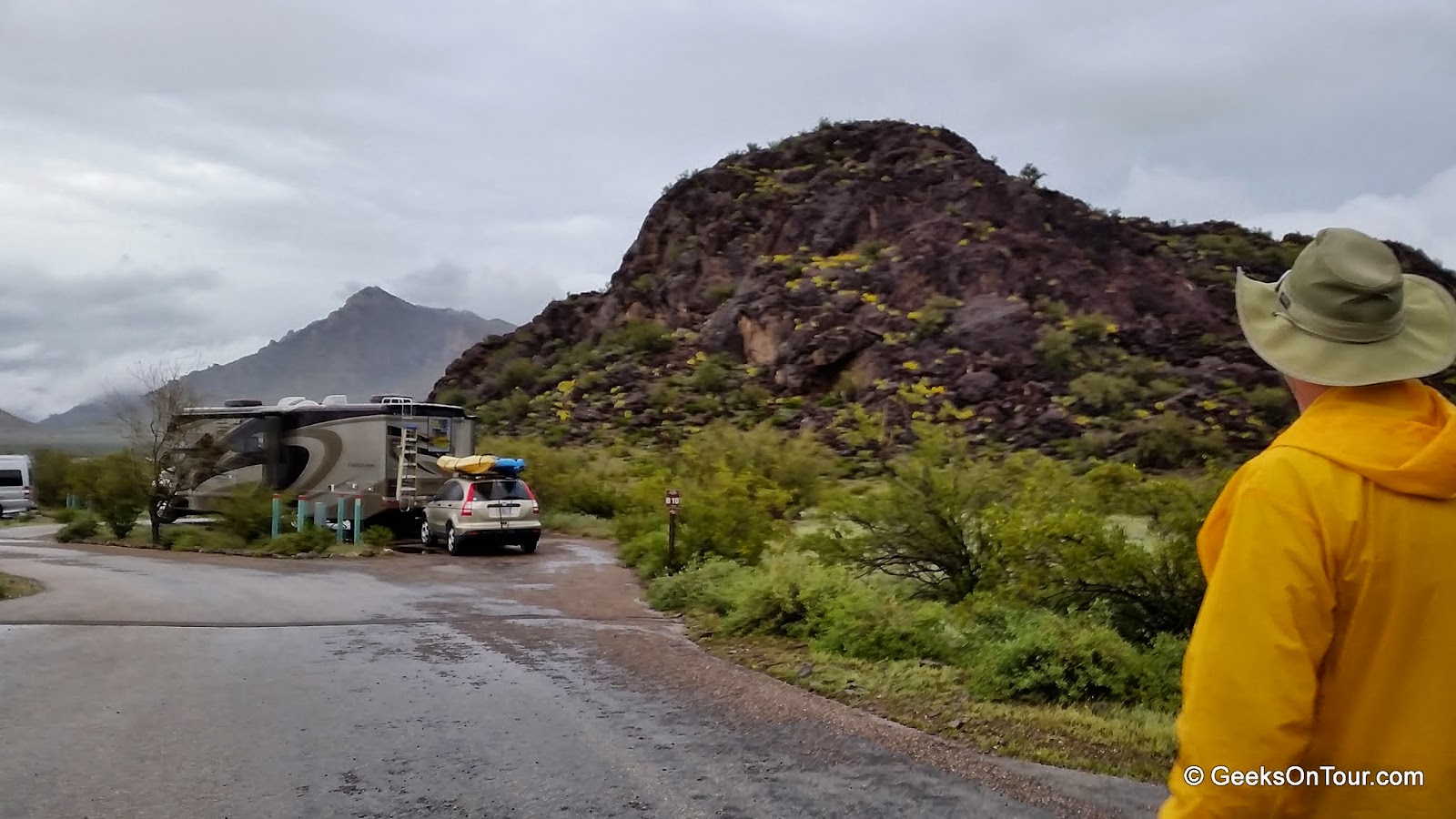 We woke up to a dense fog the first morning. It made for some really cool photo ops! 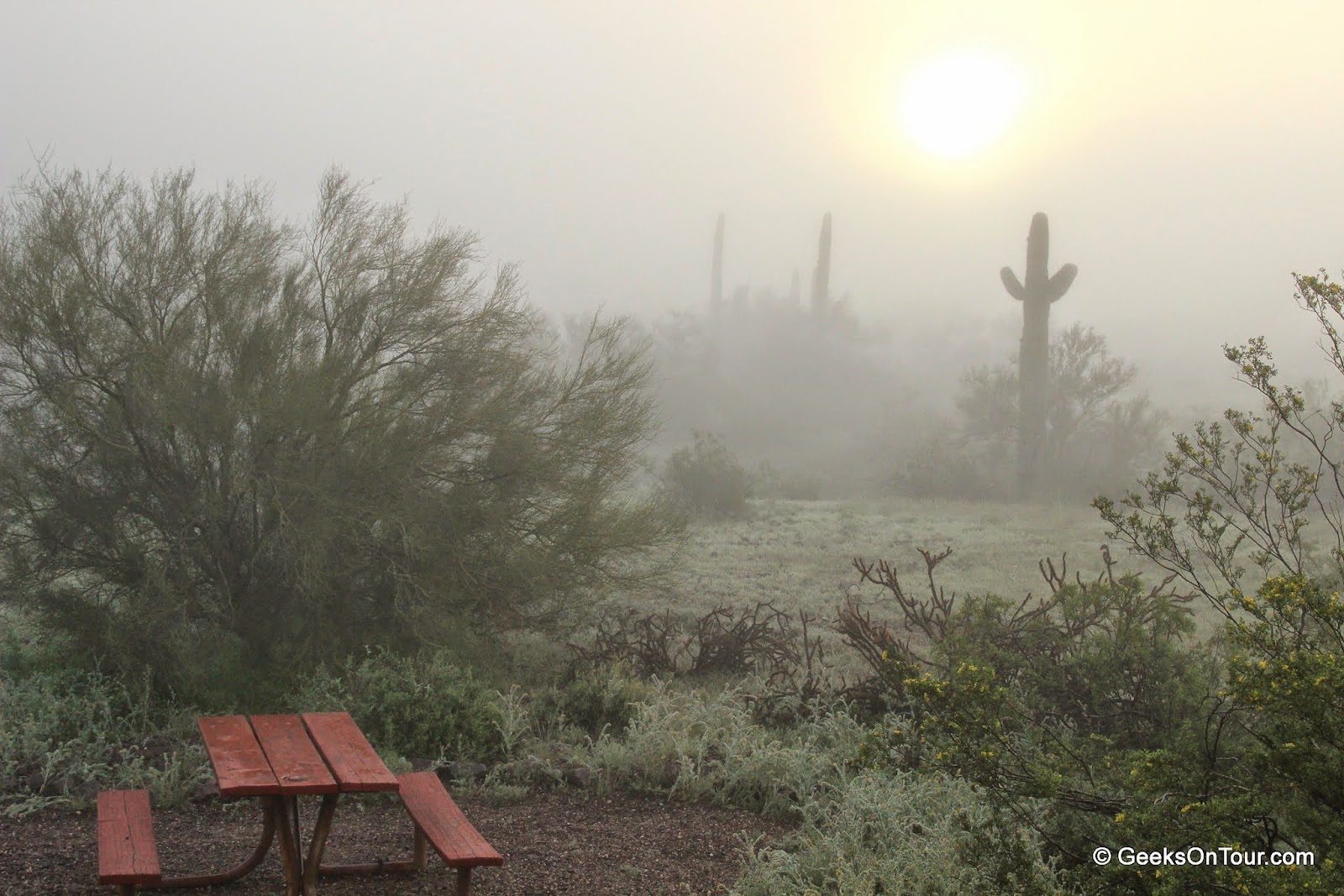 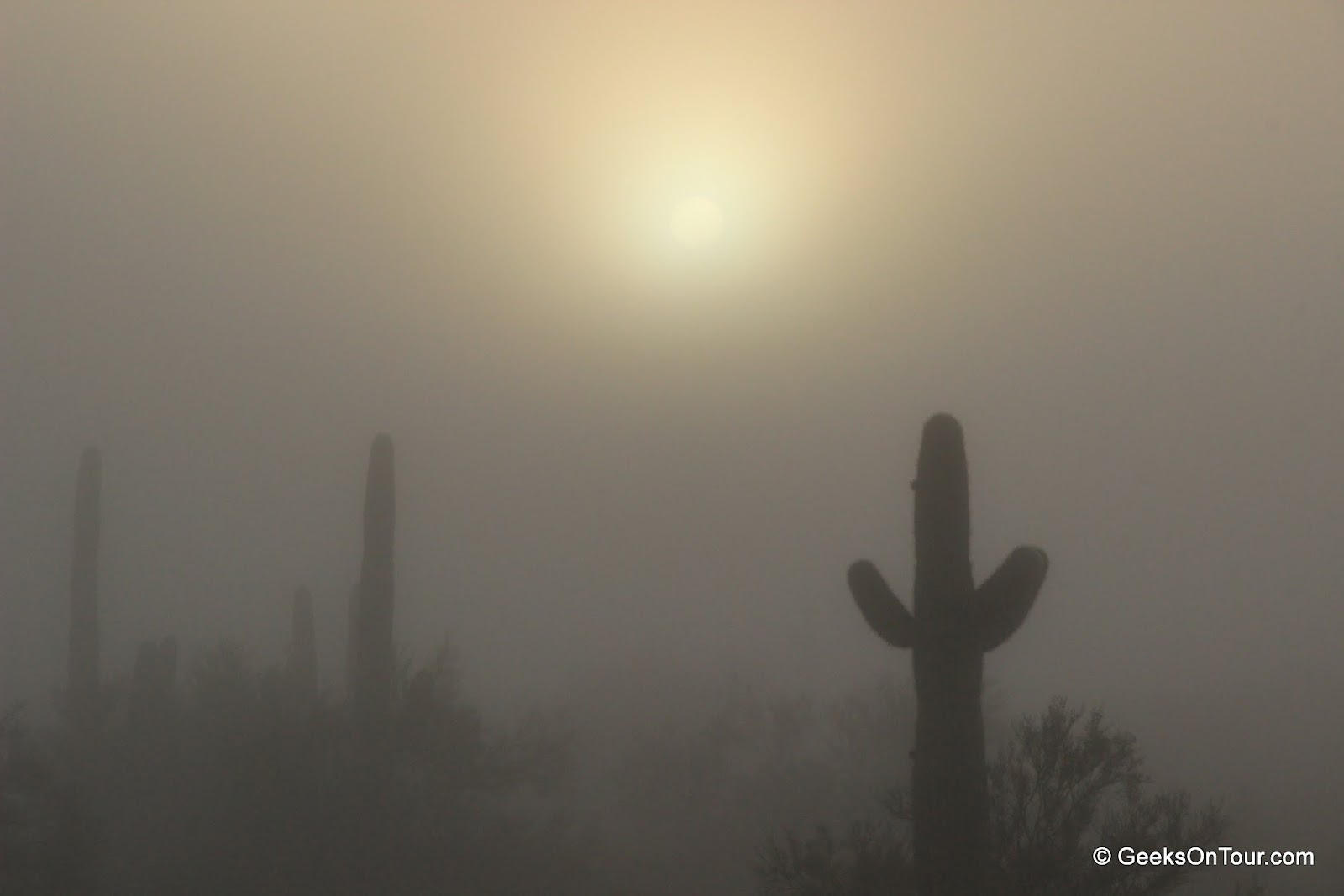 Then, I couldn't resist playing with that photo a bit with Picasa's editing tools and pretending to be Van Gogh! Here's the PicasaGeeks.com article I wrote about how to do this: 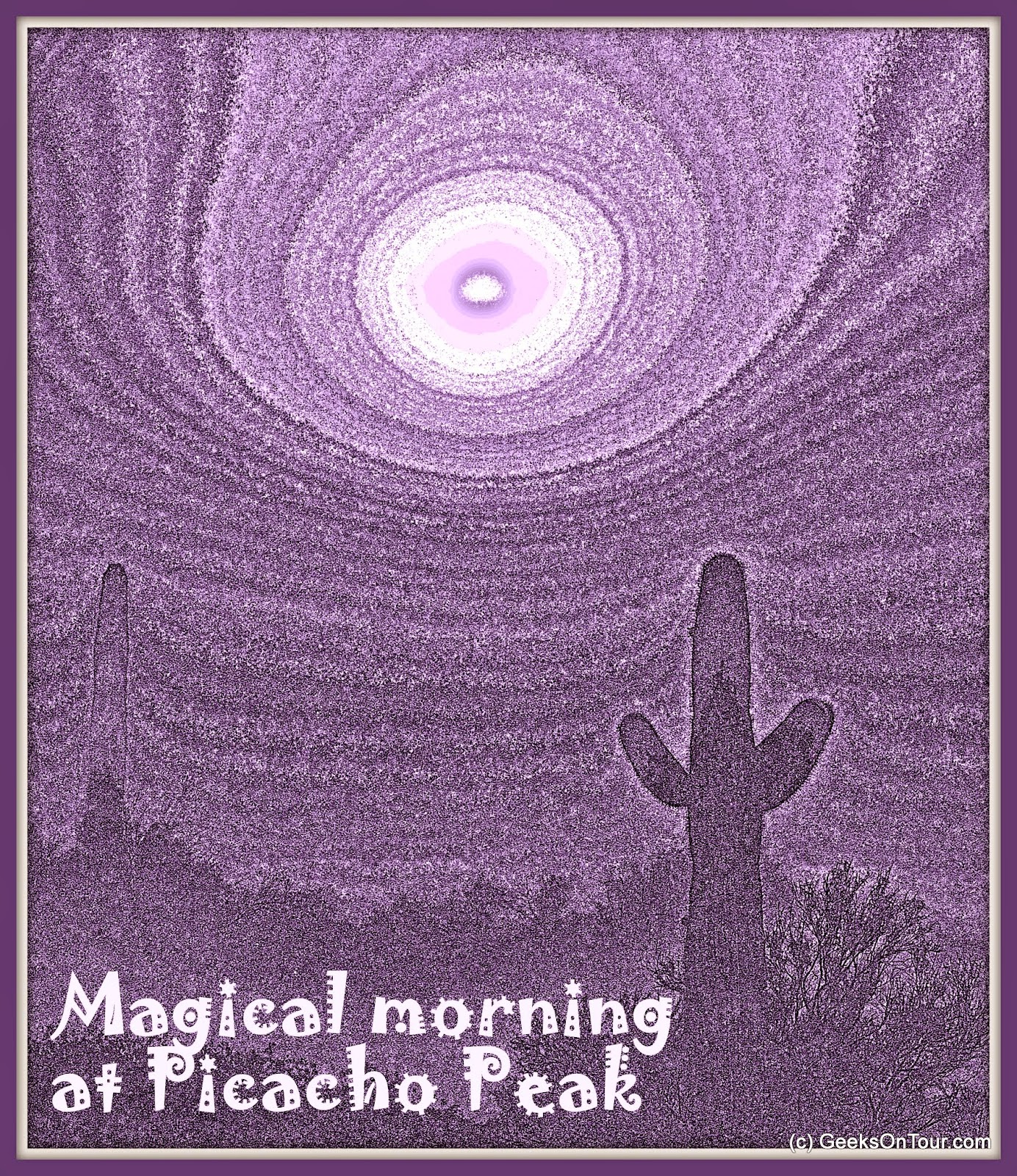 But, once the fog cleared, there were even more photo ops! And, we even found a few hours to go for a hike with Chris and Cherie too. 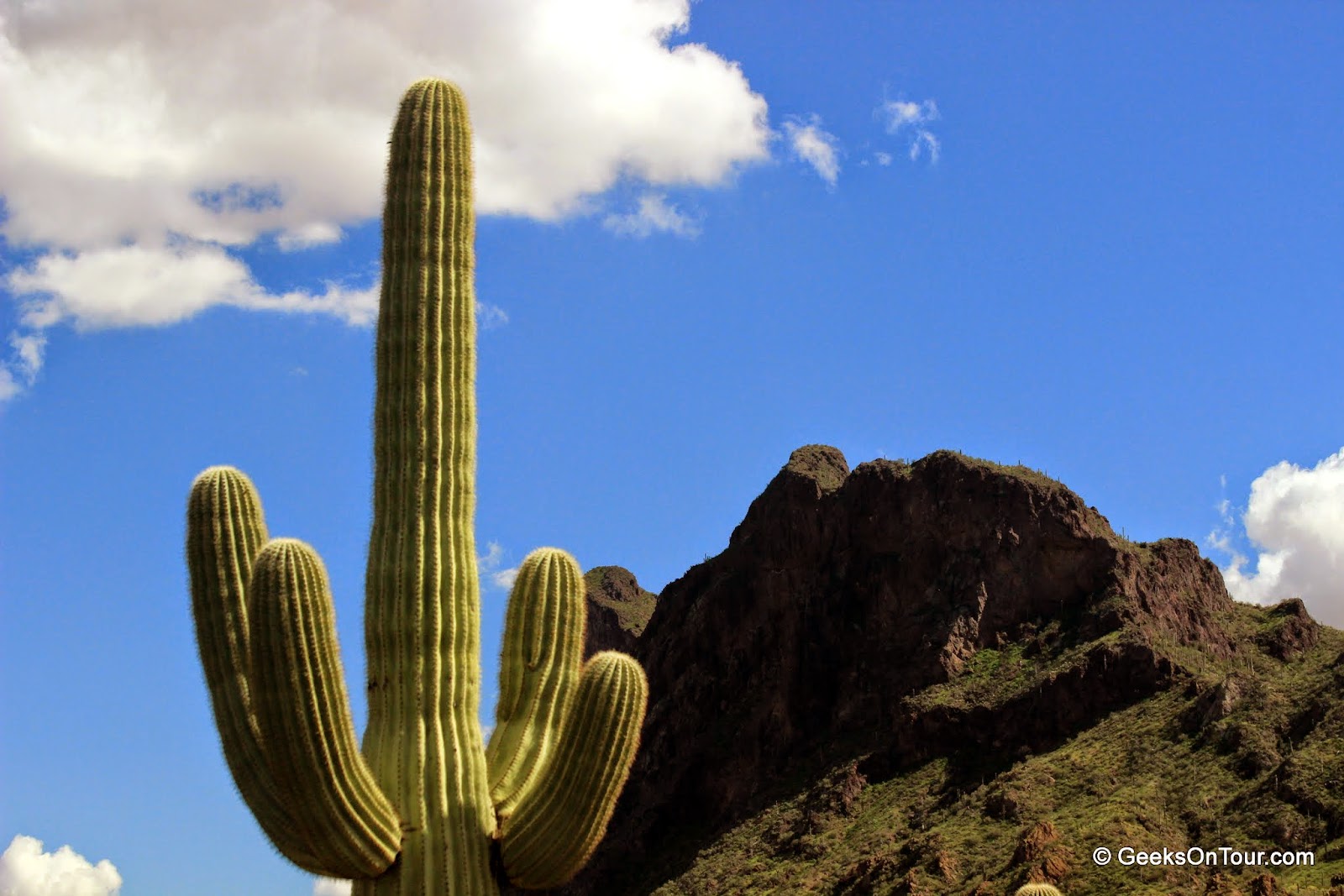 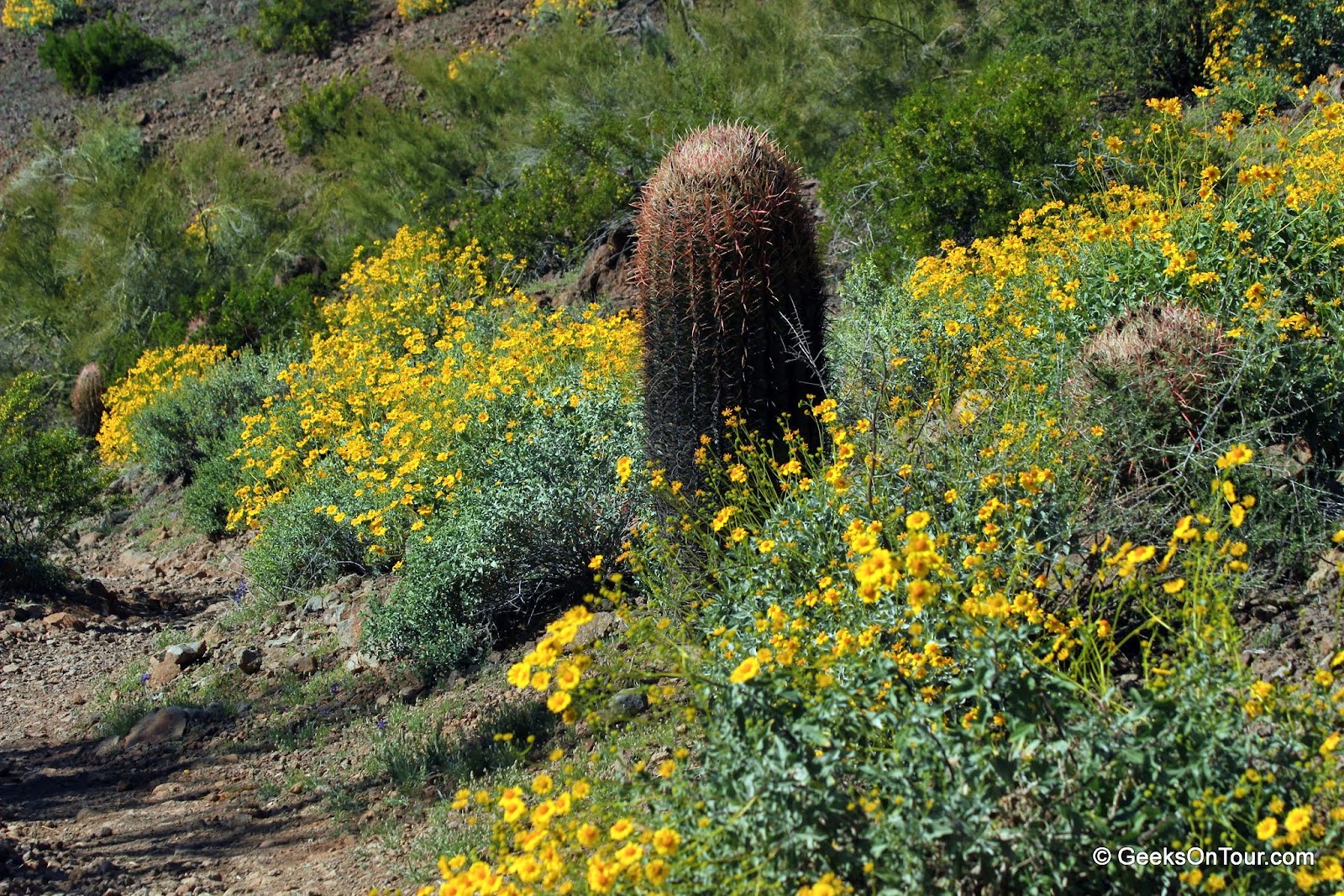 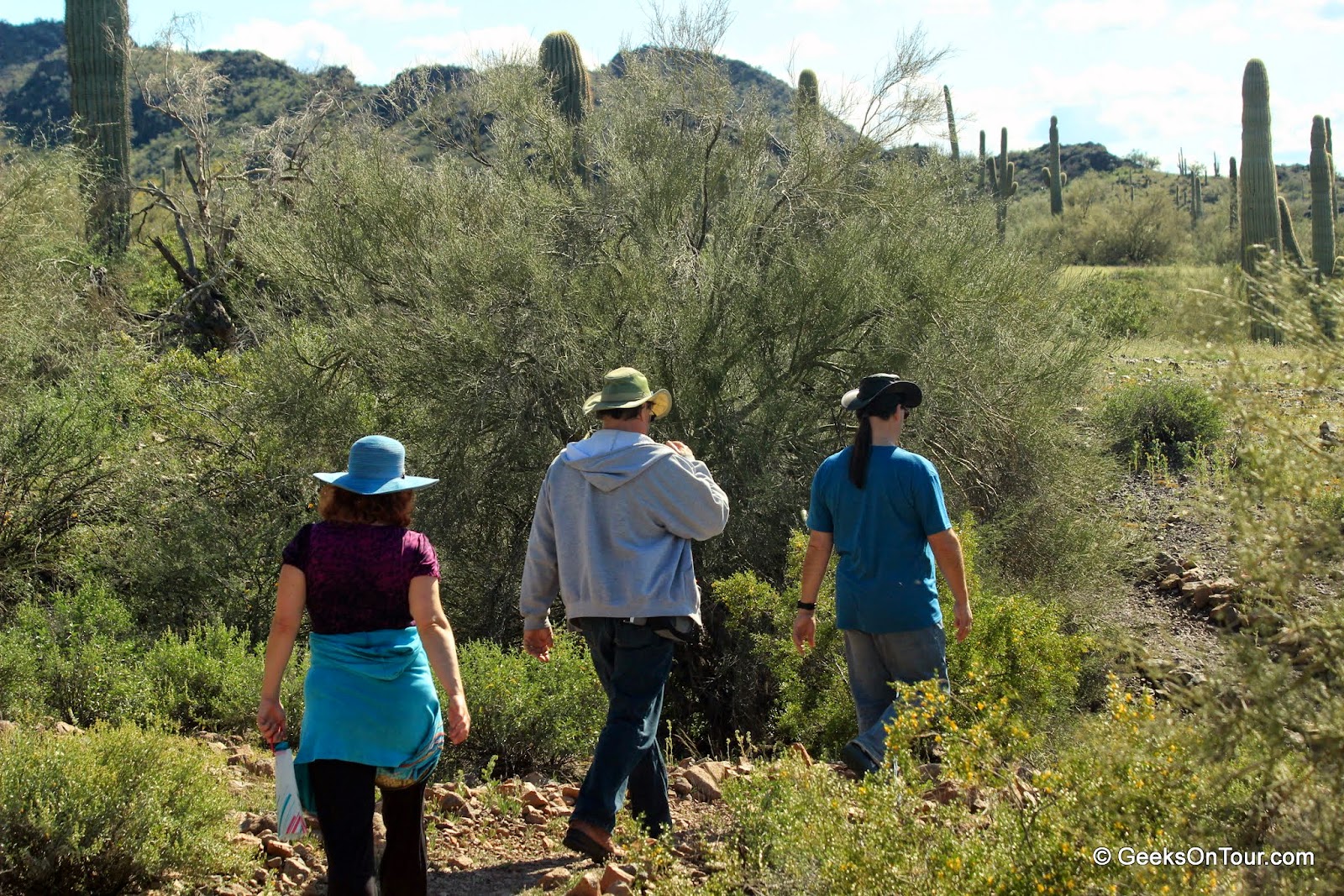 And then came the moonrise! I even grabbed my good camera and the big lens for this one. I was extra thrilled when I focused on a Saguaro and saw a bird perched at the top! 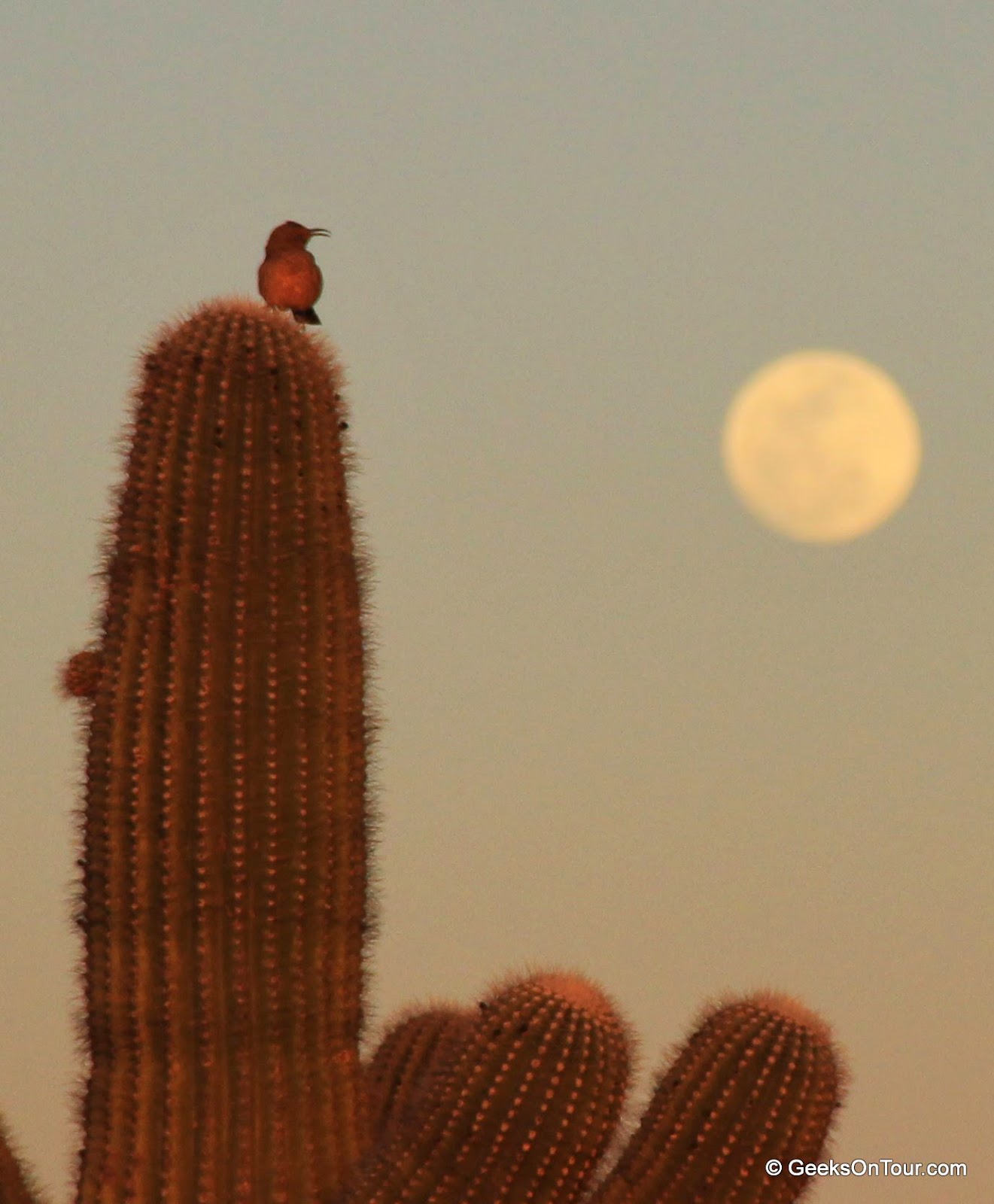 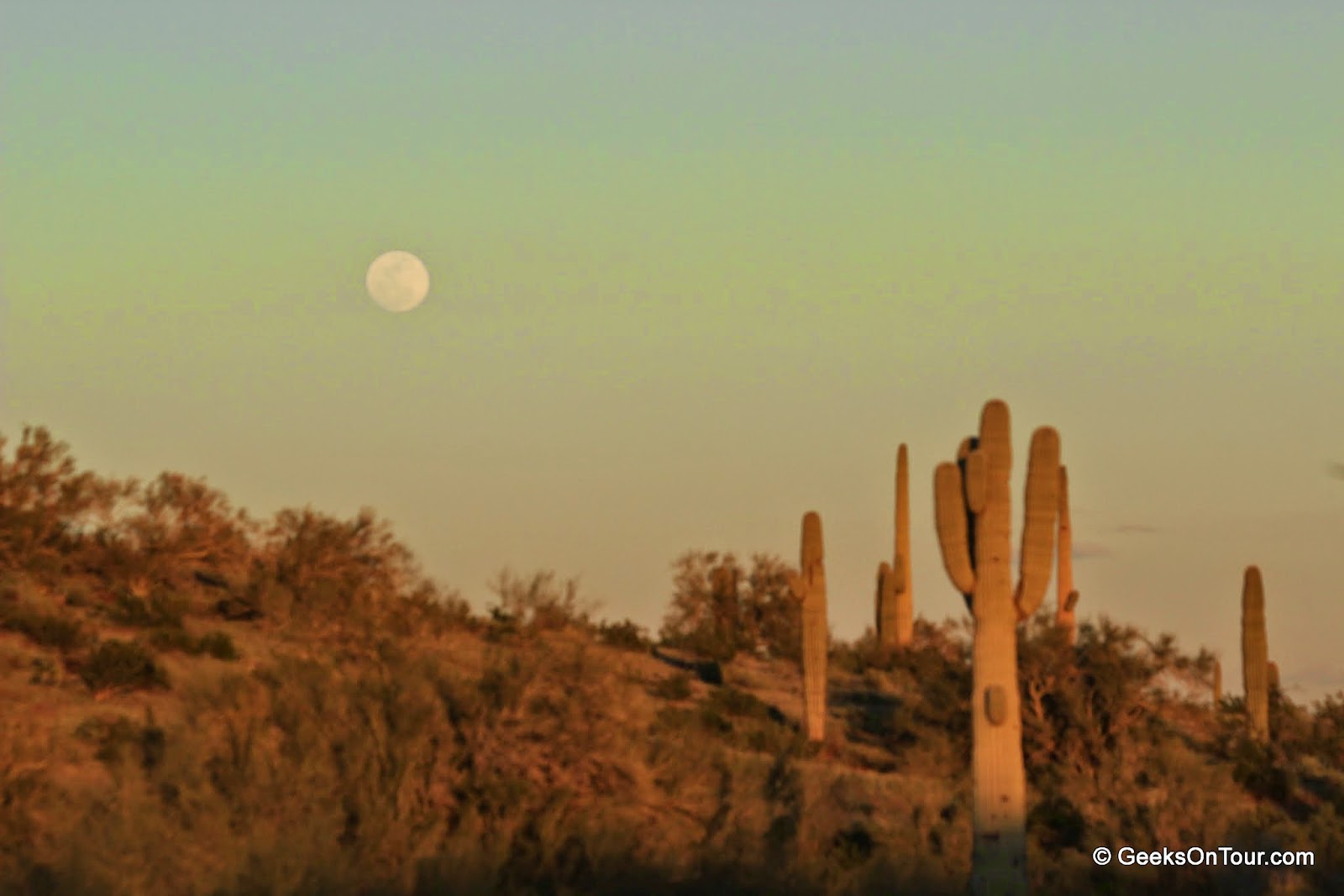 I was so engrossed in the rising moon, I hadn't even noticed the setting sun in the other direction! Luckily I had to turn around to go back to the RV and caught what has to be my favorite iconic desert sunset shot. 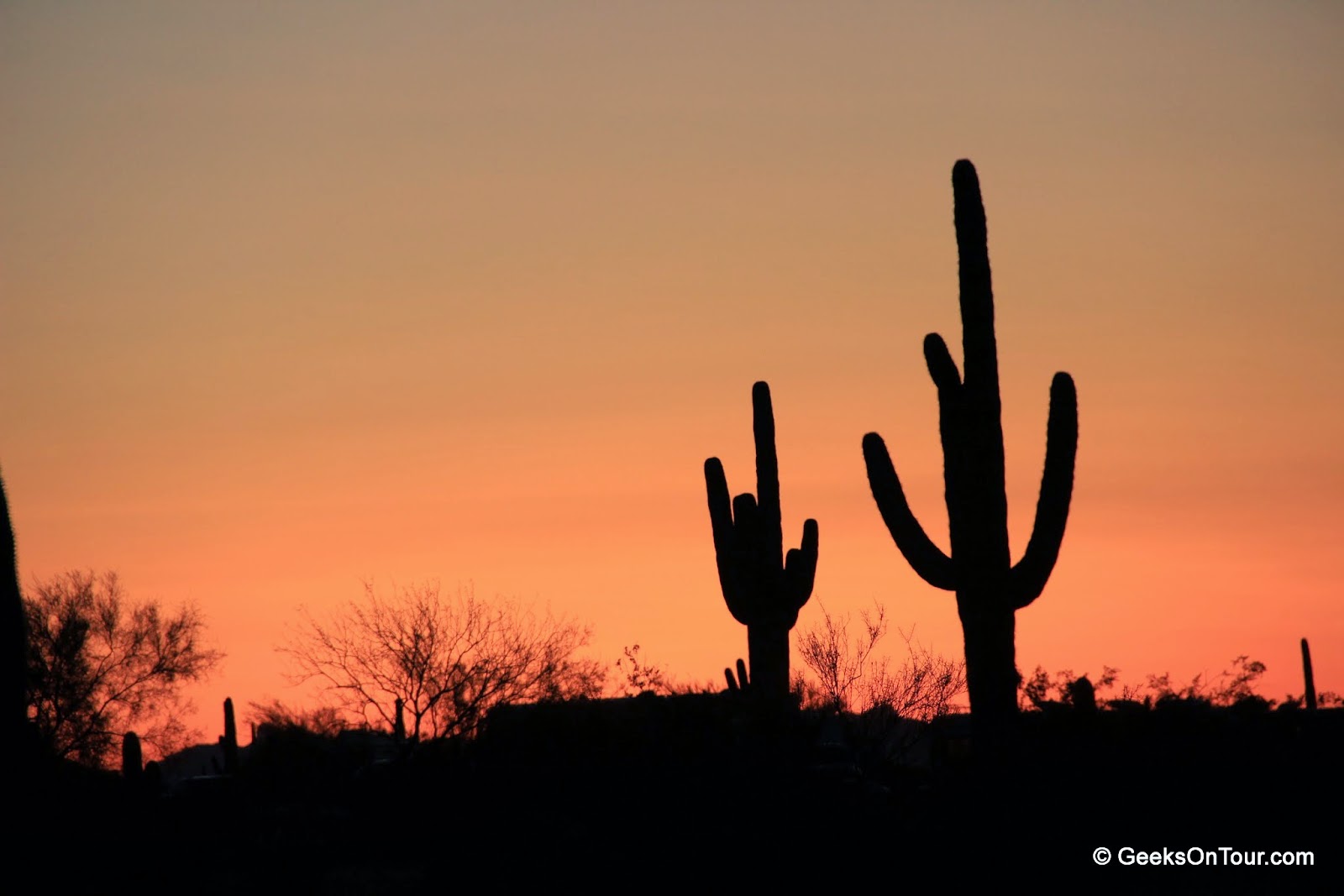 Lots more pictures on our web album for March.

Watch our Weekly Online Show on Learning Smartphones and Tablets!
What Does This Button Do?
Posted by Chris Guld at 3/06/2015