We made it to Arizona in time for our first class.

We completed our commute from Florida to Arizona on February 27, just in time to check in to the Leaf Verde RV park and get cleaned up and rested for our first "gig" at the Sun City Grand Computer Club where we were scheduled to teach Google Photos on March 1. 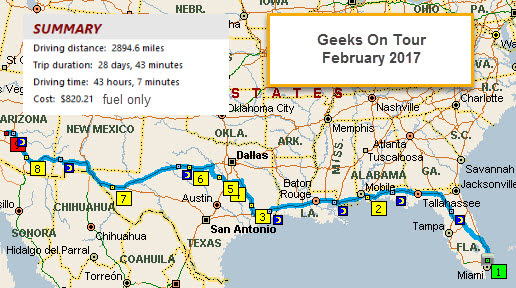 We chose this park, and even made reservations before leaving Florida, because we knew it had really good Verizon Internet service. There is a cell tower right on the property. Even with that excellent service however, the place was crowded enough that live-streaming our show that week was not as good as we hoped.
What Does This Button Do? Episode 112: How to Learn from Geeks on Tour 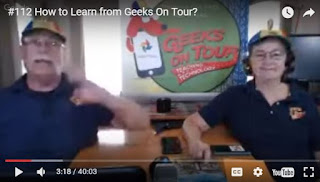 Then we just drove the car over to Surprise, AZ where the Sun City Grand Computer club was all set up for us. We so enjoy teaching Google Photos. 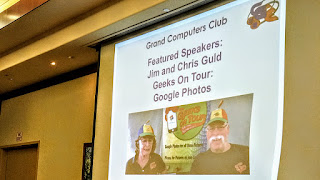 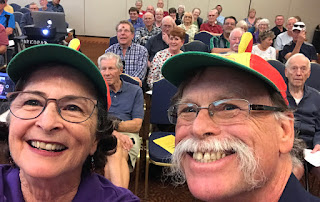 We still had a few more days before we had to leave for Chandler, so Jim took the opportunity to fly his new drone. This happens to be the exact same spot where he first flew his first drone 2 years ago. 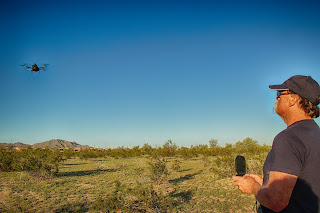 We also took advantage of the entertainment at the park and saw a tribute to Johnny Cash.

Watch our Weekly Online Show on Learning Smartphones and Tablets!
What Does This Button Do?
Posted by Chris Guld at 3/07/2017