We woke up to a gorgeous morning at my Dad's in Dunnellon. 75 degrees, clear sky, bright sun, cool breeze. We looked at each other and said, "Let's go for a bike ride." Dad and Candy joined us. But Dad cheated and rode his cute little scooter. 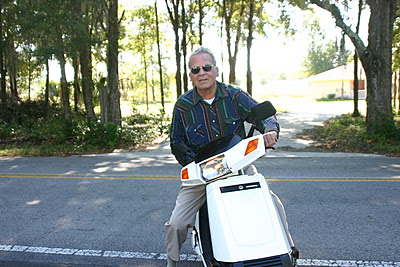 Just riding around their neighborhood is beautiful. Every home is different and there are lots of views of Lake Rousseau. According to the scooter's odometer, we rode for 7 miles. When we got home, we called our friends Diane and Andy. They're RVing in Florida right now and they do a lot of bicycling. We wanted to report our ride hoping they would be proud of us! They said, "Oh, did you go on the Rails To Trails that starts right there in Dunnellon?" Uh, no. What Rails to Trails? So, we looked it up, and sure enough ... the longest paved bicycle trail in Florida starts right here in Dunnellon. And, guess what? There are a couple geocaches right on the first section of the trail. So, Jim loaded the bikes back on the car and we drove about 5 miles to the trailhead. 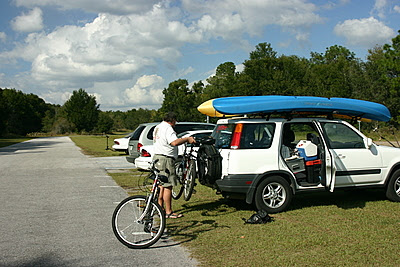 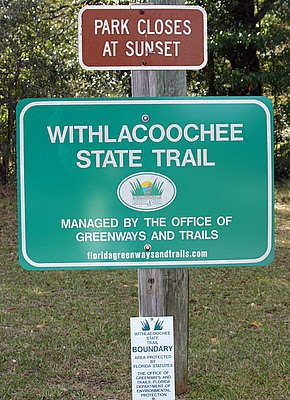 Actually, this trail is not a 'Rails to Trails'. It's part of Florida's Office of Greenways and Trails. How cool! What a joy to have a paved trail with no cars! 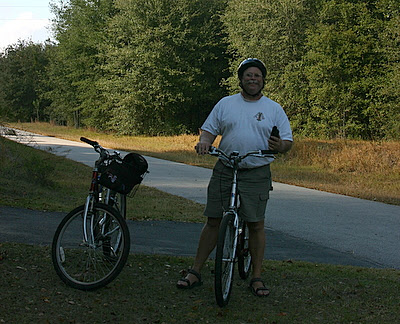 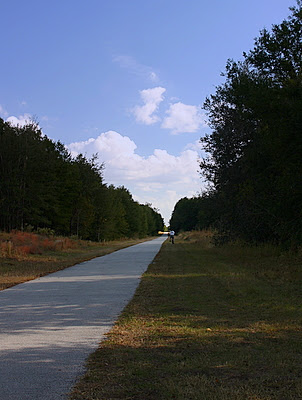 And the geocaches gave us an excuse to stop. Unfortunately we didn't find them. :-( 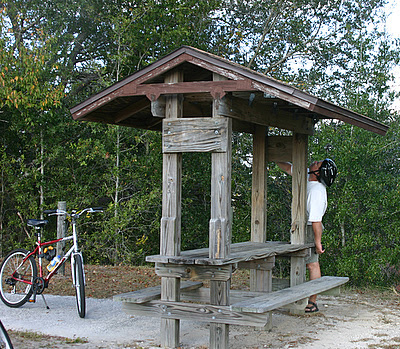 This second cache was called 'Slugger'. I think we were in the right general spot. Don't you? But we didn't find this one either. Oh well, it will give us a reason to go back again sometime. Maybe after Jim gets himself a new GPS huh? 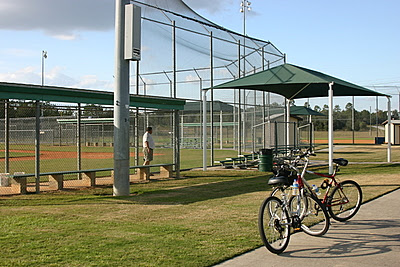 We biked 7 miles in the morning and 11 in the afternoon! Pretty good for a couple of computer potatoes. Florida is a great place to bike ... it's flat!
Posted by Chris Guld at 11/07/2006

18 miles in one day!! We are sooo proud of you guys...would love to know how you felt the next day :)

Excellent blog and photos. FYI a really great trailhead on the Withlacoochee State Trail is Wallace Brooks Park in Inverness. Plus it is a short ride to historic downtown. I had lunch at Stumpknockers. Fried catfish lunch with french fries, hush puppies, cole slaw, and ice cold draft beer. Fantastic food. Plus right up the road is Ft. Cooper State Park. A fantastic place to ride, plus this is also a trailhead for the Withlacoochee State Trail. Don't miss it everyone. All the best.