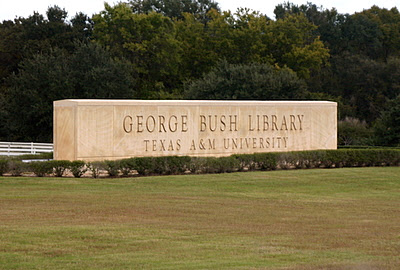 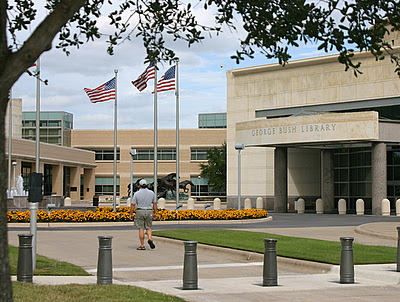 Inside, there was a replica of the Capitol Building. 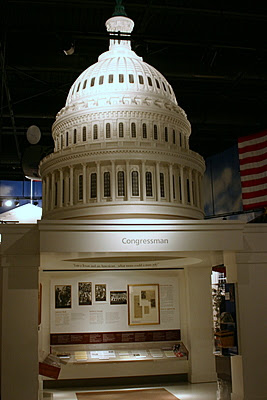 And the White House. 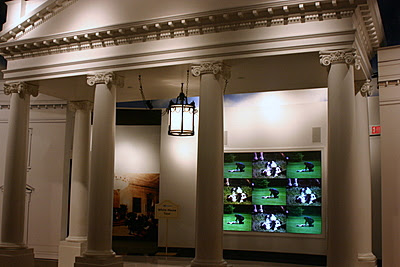 Unlike all the other Presidential Libraries we've been to so far, this one did not have a replica of the Oval office. We were told that a major reconstruction was scheduled for the library - coming up soon. And, one of the reasons was to build such a replica. The guide said that this library was feeling 'Oval Office Envy'! The most impressive exhibit was the statue outside called "The Day the Wall Came Down". 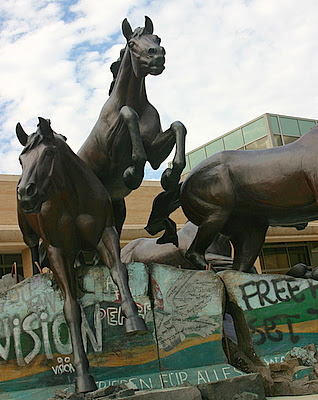 This is referring to the day the Berlin Wall fell. November 9, 1989 (11/9). There are two of these sculptures in the world. The other one was gift of friendship from the American people to the people of Germany and it stands in Berlin. It was so interesting to be seeing this right after I finished reading The World is Flat by Thomas Friedman

I couldn't agree more. Presidential Libraries are so inspiring! :-) 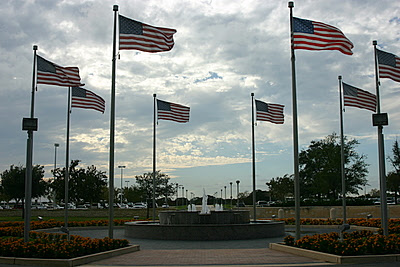