We seldom see other motorhomes like ours.  Safari only made them for a couple years … 1997-99 I believe.  At Thousand Trails Chesapeake, we saw one with a different paint job. 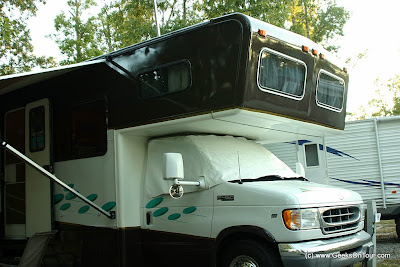 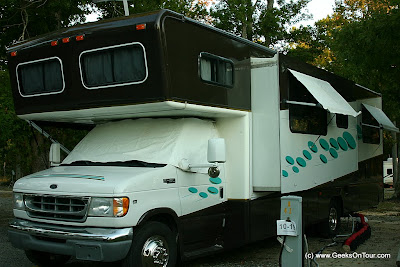 We stopped and chatted with the owners for a while and find out that they were having the same problem that we are with corrosion on the metal sides of the motorhome.  They said that leaky windows were the problem and they removed all their windows and re-placed them.  Ouch.

Then they did a lot of bondo work on the sides and, finally, the paint job.  They say the ‘bubbles’ are meant to disguise the bondo!

Anyway – I think it looked great!

It looks great!!! They all need that personal touch. ;) J&A