Yesterday we visited Mammoth caves. It was a drizzly day - no good for bike riding. And, weather certainly doesn't matter when you're going underground! We're always eager to add another National Park to our list. This one is number 18! 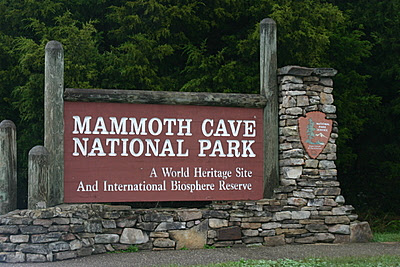 We weren't the only ones with this idea however. Here's our tour group. 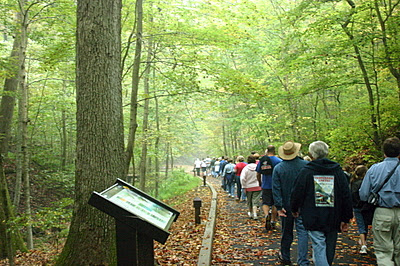 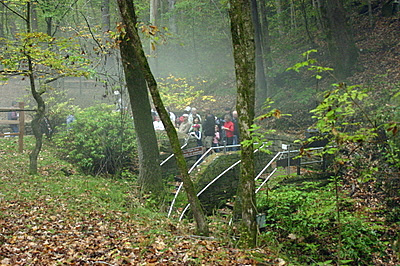 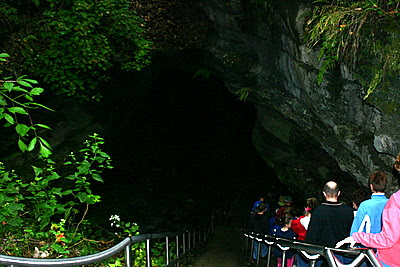 Not a very good environment for taking pictures, but I did get this one of our tour guide in the area called Giant's Coffin. There are no stalactites or stalagmites in this cave - it's a dry cave. But there are very large 'rooms'. 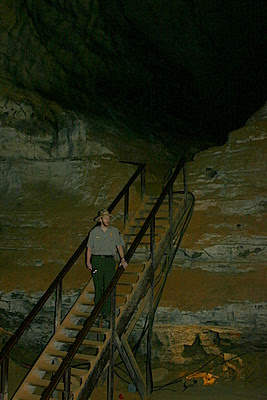 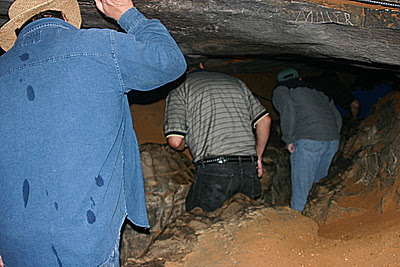 There also aren't any dinosaurs, and no wooly mammoths. The cave gets it's name because it's large ... mammoth in fact. Of the 365 miles of cave, we walked 2 of them! My favorite part was called Mammoth dome. 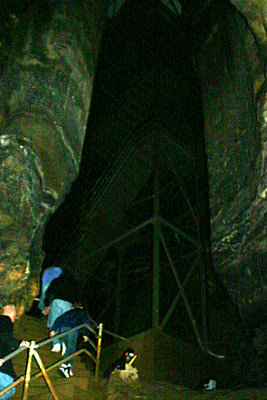 Then back to the light of day. 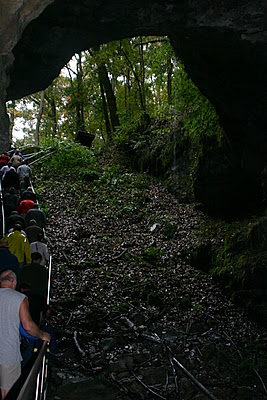 Just think what'll happen when the predicted NEW MADRID cuts loose in the next decade or two!

And the "wall's came tumbling down" might be the theme...just hope there are no people tour's then.