Today was a 'connect-the-dots' day. A day that not only brings home the fact that we are living our dream, but brings into focus just what a cherry-on-top dream it is. We started out with a bike ride to the Meriwether Lewis monument. It was a good ride, a little over 5 miles on the Natchez Trace Parkway. Uphill 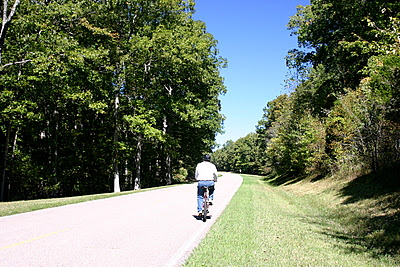 I wanted exercise ... I got it. The reason I can smile is that I know it's downhill all the way home! 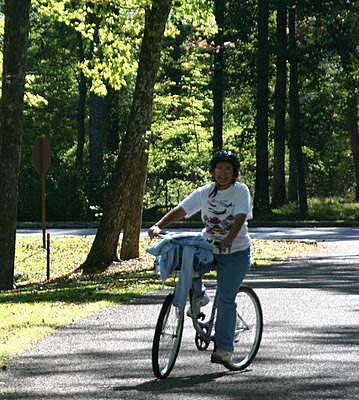 And, here's the monument erected on Meriwether Lewis' grave. It's been here since 1845. I guess you could call this the end of the Lewis and Clark trail. 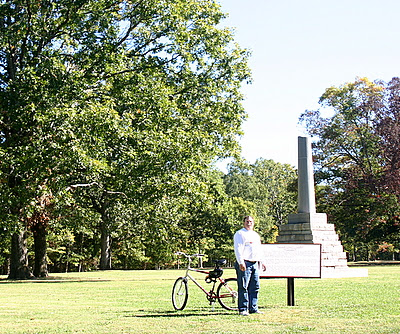 As we took in this sight, we were remembering our travels along the Lewis and Clark trail from Missouri to Idaho to the Oregon coast, in 2004. Just a ways down the road (by car) is a monument to Davy Crockett. 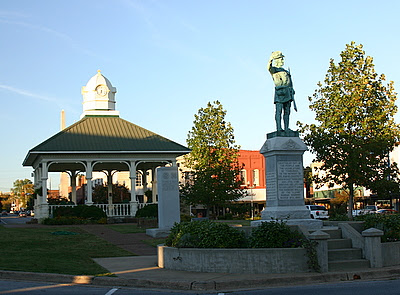 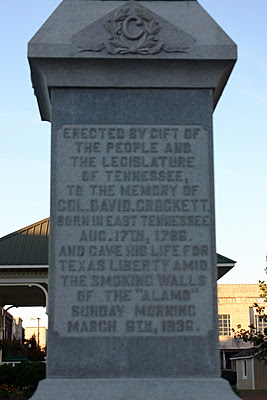 It was here, in Tennessee, that he became famous as "The King of the Wild Frontier". But, we were remembering our 2005 visit to the Alamo, where he died. Think about it ... today we visited the gravesite of Lewis and we'd already seen where he made history. Today we also saw where Crockett made history when we'd already seen his gravesite. Oh! And! We've been to the winery owned by Fess Parker, who played Davy Crockett on TV. I gotta write a book someday?! Oh wait ... I've already done that! There's 624 posts in this blog. (and, I've only just begun :-) Last night was a full moon. And, I was planning to capture a stunning photo. I got out the tripod and set up down by the lake. 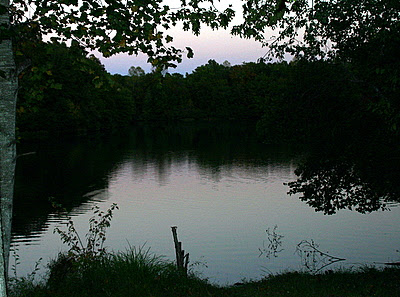 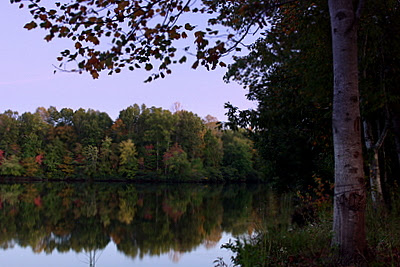 But, alas, it was not to be. By the time the moon was visible over the hill, it was just a little moon. But, I did get a fun shot of Jim and me sitting by the lake, waiting for the moon. 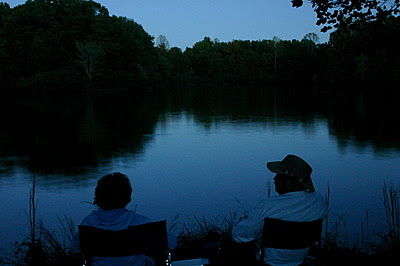 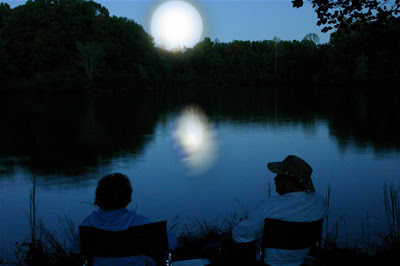 Neat, we just came down the Trace after leaving the FMCA in NC. Thanks for the blog info you all had at the rally. Our blog is now pjboss.blogspot.com

That computer of yours also needs to "FIX" the moon REFLECTION.