Cold! Would you believe we woke up to 59 degrees? Jim had to turn on our heater before I'd get out of bed!

But that didn't stop us from going on a Ranger-led bike ride! It was sooo nice. There is a system of carriage roads on the island, originally built by John D. Rockefeller Jr. No cars allowed. What a great place to ride. 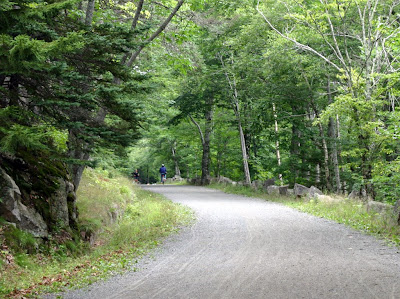 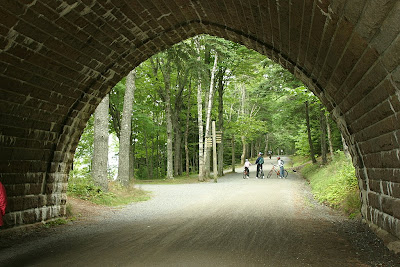 ooooh wild blueberries! And the ranger let us stop and eat some. 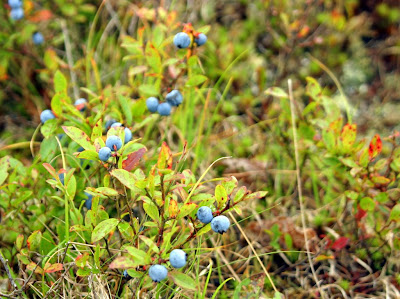 We also spent some time at the Bass Harbor Lighthouse. I think this is the poster view for Acadia park. Except there are supposed to be crashing waves. 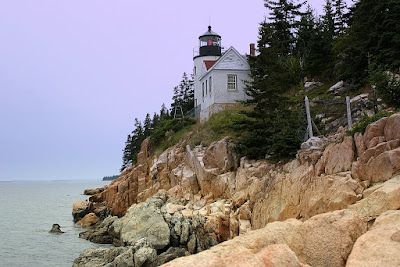 But, the ocean was pretty calm: 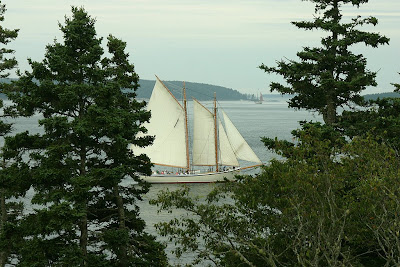 I told you we had no Internet. Well, that's just not acceptable! So, we found a connection to go along with lunch at the Jack Russell restaurant: 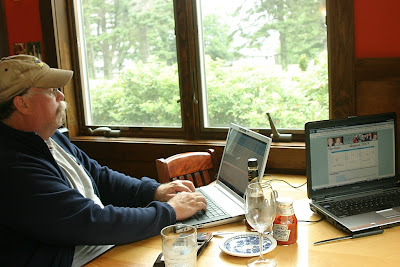 And, I even used a trip to the public library as the source of my weekly article for RV.net!
Further your computer education **Subscribe to the Free Geeks on Tour Newsletter**
Posted by Chris Guld at 8/09/2008