I just love the name ... 'Mystic.' I was hoping for some magical references to it's origin, but no such luck. According to Wikipedia,

The name comes from the Mohegan-Montauk-Narragansett language "missi-tuck", which describes a large (missi) river (tuck), more specifically a river whose waters are driven into waves by either tides or winds.[1],

It sure is a pretty place. 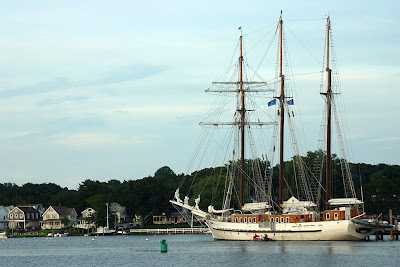 It's also right next door to the Groton (New London) Naval Submarine base. Home to a submarine museum and the Nautilus. 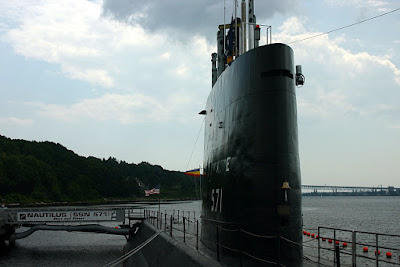 The Nautilus was the first nuclear-powered submarine. This is really good 'guy-stuff!' Jim was a happy camper as we toured thru the sub. 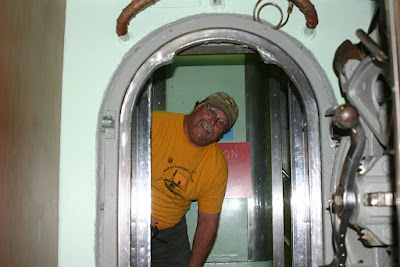 I enjoyed chatting with the sailor whose job it was to greet the tourist. 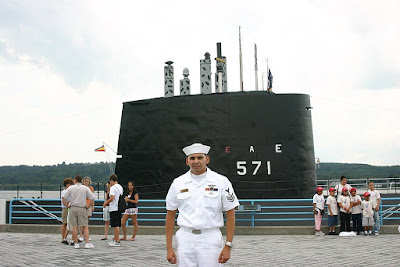 He told us that there were 17 active nuclear subs at dock here right now. Yikes! So, that's why those warning sirens I saw earlier are here. We also visited the submarine museum, which included this photo taken of the submarine tender, the USS Howard Gilmore. If we could look more closely, we might see Jim's Dad in this photo - since he was in the Navy stationed at Key West during this time! 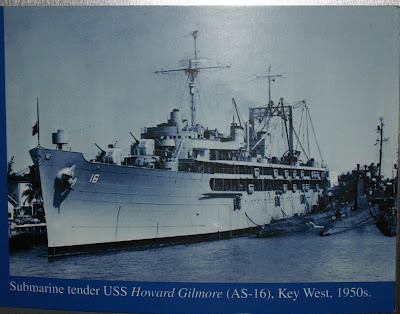 After the sub base, we went on to Mystic Seaport. They have wonderful exhibits to explain all about ship-building and take you back to the 1800s. It was very well-done. With a recreation of the street scenes as they may have been back then. 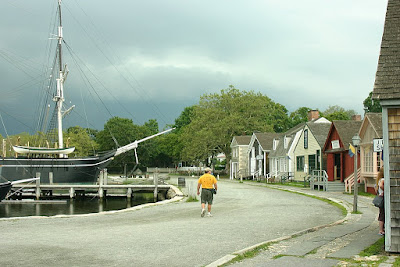 And, a lighthouse with it's own show of musician/actors. 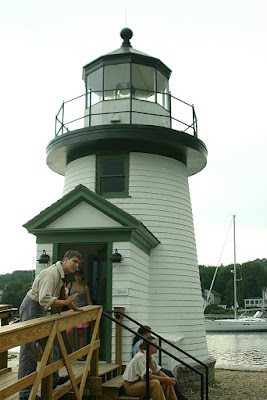 And, of course, the Charles Morgan, the last wooden whale ship in the world. 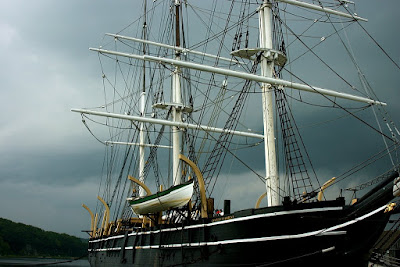 We cut our visit a little short when the weather turned ugly, but I still thoroughly enjoyed it and learned a lot. 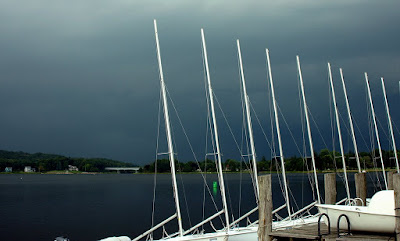