It’s tradition here at Jimmy’s house on Labor Day weekend.  See the post from 2004 for the story.

It was a 5-star day weather-wise on the island. Hot, sunny, great waves for body-surfing over at the ocean, and nice calm water on the bay.  We took advantage of all of it.

Even I got in the surf and let it put me thru the spin cycle.  Water temp was about 73, and the waves were perfect.  A few of them were big enough to grab you and toss you around, but they were all manageable.

Then we had some BLTs for lunch with scrumptious New Jersey tomatoes.  We played with the water in the bay for the rest of the day.  One of Jimmy’s old friends, who used to be a lifeguard here on the island is a master of the Stand Up Paddle board.  We had to try it.

Actually, Odie was the first to try – he just jumped right on and showed us how it’s done!  We told you our dog walks on water! 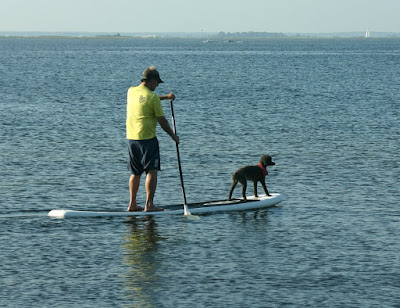 Then I tried it.  Believe it or not, these boards are inflatable!  So they have a little bit of give to them.  It took a few minutes to get my bearings, but then it was actually pretty easy.  At least on a flat calm day like this! 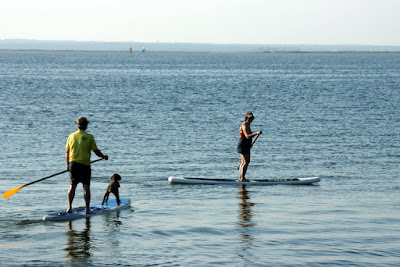 Then it was Jim’s turn. 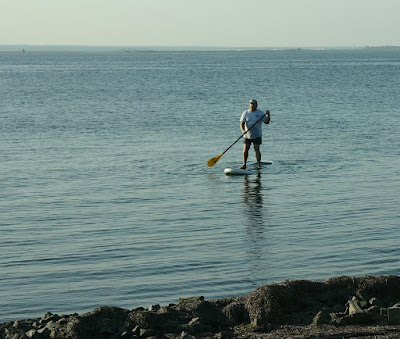 They were really fun!  Chris K (who owns the boards) uses them to surf in the ocean.  Just, instead of laying down, he’s standing up all the time.  You can see photos of that on Jimmy’s web album.

Next up came kayaking!  Dianne and her daughter Carol came over for the party, and I took them out for a little bay tour on the kayaks first: 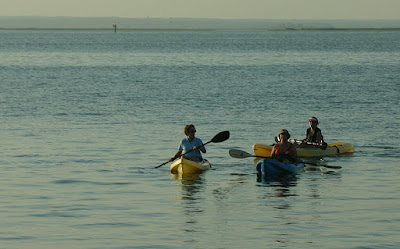 OK, now it’s time for the party.  The gorgeous weather held out the entire day, so all the festivities were outside. 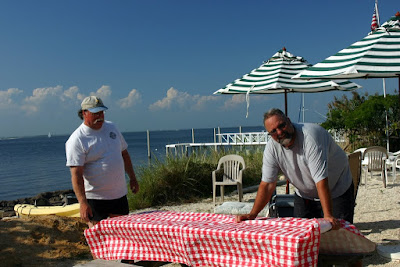 Jim has to test the corned ham first! 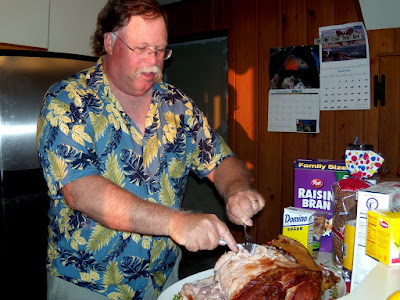 Then there’s all the other dishes that people brought. 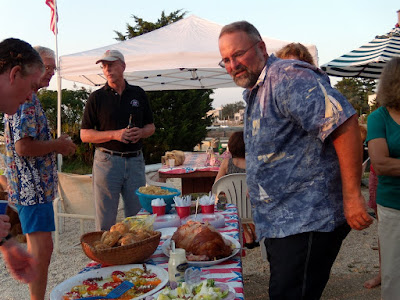 And even a soft-serv ice cream machine. 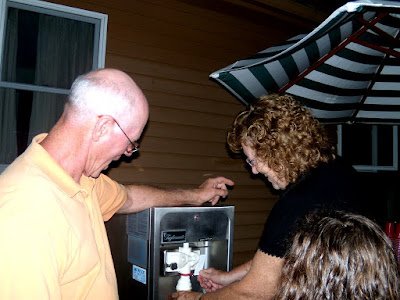 And then, to cap it off … you guessed it!  There was yet another beautiful sunset! 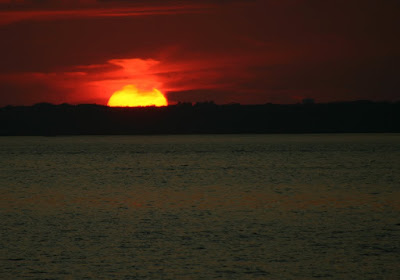 Are you sure Odie is not some kind of water dog. Our little poodle won't hardly go outside if it wet on the deck.

Odie likes being on and around the water, not necessarily in it.