We left Hershey and headed west to another membership park, Roaring Run … it’s a Resorts of Distinction park.  I’ve marked it with a red pushpin in the map below.  It’s the upper pushpin.  the lower one is Fallingwater – the famous house designed by Frank Lloyd Wright.  It is now a tourist attraction run by the Western Pennsylvania Conservancy. 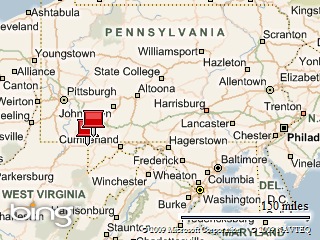 We had to go!  It was a bit pricey – we paid $20 each – but we got a guided tour, and the guide was really good. We learned about the fact that the whole house is cantilevered – like a diving board.  We learned, and experienced, the architecture that blurs the distinction between indoors and out.  We learned that Frank Lloyd Wright hated that standard rooms were just 4-wall boxes.  His goal was to ‘destroy the box.’  He did it with glass walls - especially glass corners - as well as round edges and extra ‘cubbyhole’ corners with windows that open wide.

I especially liked the flooring.  Rock.  But not flat slate all even smooth.  It was uneven and felt like you were walking outside.  And, Wright made the furniture all built in … so it fit with everything else.  Like a yacht … or an RV!

They didn’t let you take any photos on the tour :-(  But there are quite a few on the website.
Here’s a few from outside at different vantage points. 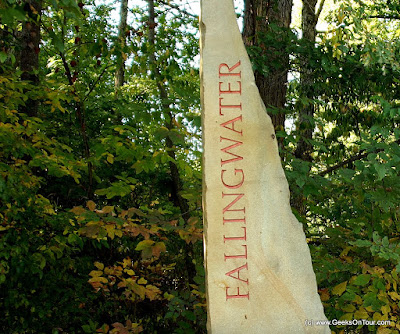 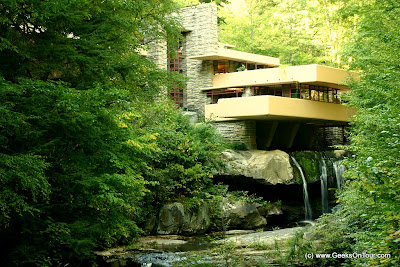 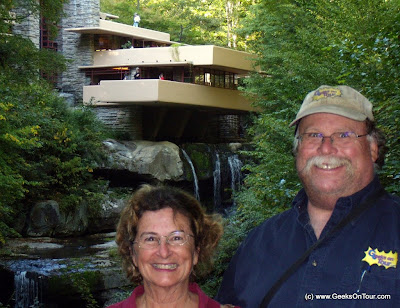 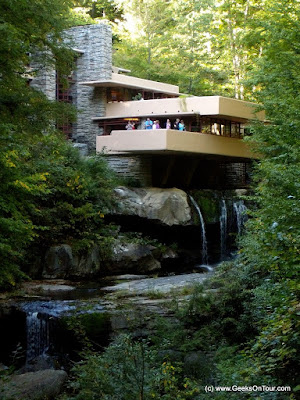 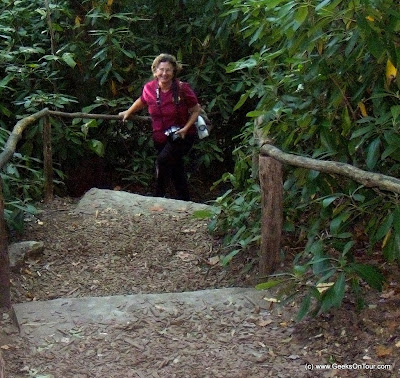 You guys are so lucky! I've always wanted to see that house. I did get to go through one of his in Chicago, but no comparison to falling water!

I loved this house.It was on my bucket list! My favorite of all his homes that we've seen. I try to visit them when I'm in an area. recently we saw taliesent (?) in WI. We've also seen Taliesent west. The book Loving Frank is a great book about his mistress.

We love that house. Our stix and brix was near there and we have toured it several times. Once during renovation where we got to see the work they were doing on the cantilevers under the big living room floor. Have fun at the GJR. We are out still out west and won't be there.