There’s nothing better than travel for taking lots of pictures.  I’ve had so much fun these last few days!  I store my pictures by the month, and already so far in May I have 286 pictures.  I only upload my best ones to my Picasa Web Albums and there are 75 photos there.
WE spent our last night in Texas in Vernon at an RV park called Rock’n A!  Their brand looks like the letter A with a base like a rocking chair.

Fun.
So, here was the view from our bedroom window the next morning: 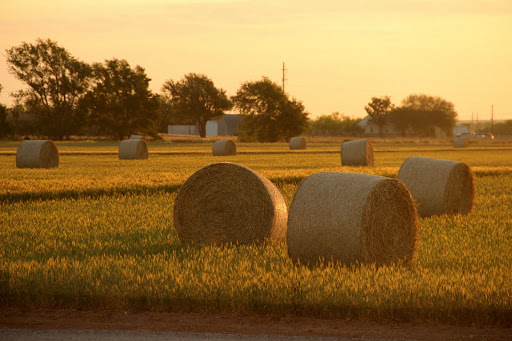 Sunrise in Texas
I took several shots.  Here’s a collage where I put together two in a panorama.  Click on it to see a larger size.

Then we got on the road.  We would be going thru Amarillo that day and I couldn’t get the song, “Amarillo by Morning” out of my head.  I really wanted to hear it!  So, using my smartphone, I googled for Amarillo by Morning and discovered that it’s by George Strait.  So then I launched Pandora internet radio and asked for a George Strait station.  Lastly I activated the Bluetooth connection to the dashboard radio (a new radio that Jim recently installed) and, within minutes I was singing along to Amarillo by Morning!
After we got tired of country music, I switched my smartphone over to the Kindle book reader and read aloud for both Jim and me to enjoy.  We’re reading the latest book in the Big Lake series written by our friend, Nick Russell.  Big Lake Blizzard is his fourth who-dunnit in the series and we’re really getting to know all the characters.  It’s such a fun and easy read – .  See all the books by Nick on Amazon.
We stopped to refuel in Amarillo, then zoomed right thru on I-40 barely catching a glimpse of the Cadillac Ranch along side the highway.  Then we headed north on a smaller, scenic highway. 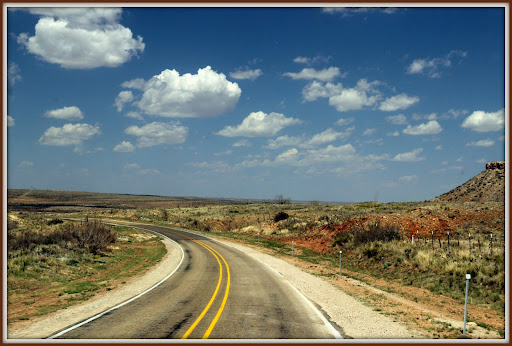 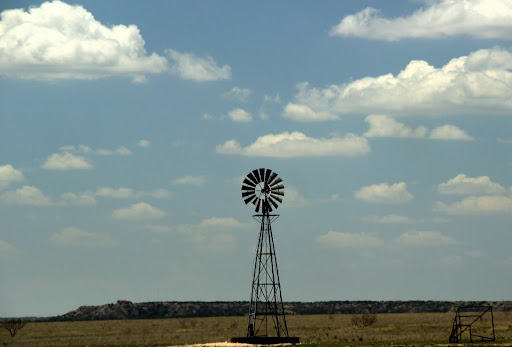 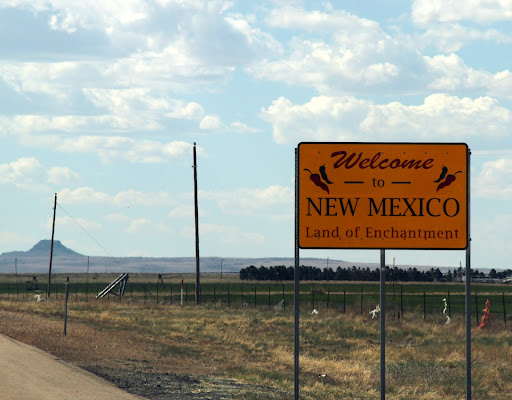 New Mexico
We crossed over into New Mexico and finally stopped after Jim drove a total of 356 miles.  We found a Passport America park called Capulin RV after the name of the town, and Capulin Volcano National Monument.  We took a walk at sunset time, then went home and cooked up one of my favorites … Cioppino.  Handled a little bit of email then went to bed.
It doesn’t get any better than this! 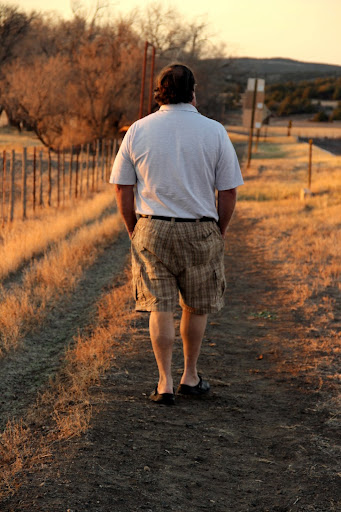 going for a walk at sunset 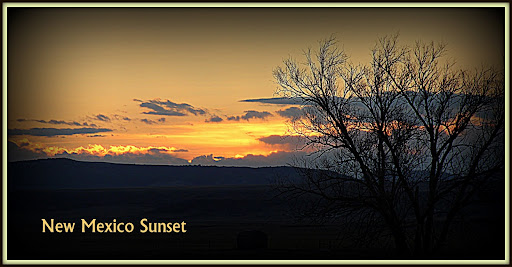 New Mexico does have fabulous sunsets. . .and you caught a great one!