I just downloaded the new Beta version of Picasa ... Picasa 3. Oh Boy! This is going to be fun. They've added all sorts of features that people have been asking for. I sure hope they haven't lost any of the past benefits that make Picasa so great. I'm always afraid when software adds new features that it gets bloated, difficult and slow. I've only played with it for an hour or so, but it still seems plenty fast - and the features they've added are ones that I know people are going to love. In all our teaching of Picasa, one feature I never bothered to show was the 'Collage' feature. In Picasa 2 it was basically worthless unless you just wanted a jumble of a bunch of photos. In Picasa 3 - this feature comes mighty close to 'scrapbooking.' Look what I was able to do with a few recent photos in just a matter of minutes. 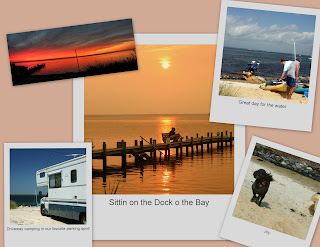 ...and have you tried the new on-line Picasa facial recognition feature yet? - OMG thats awesome too! Now I can say...which photo was it that had Uncle Joe in it, and actually find it within seconds.

I saw the news about the new beta in your rss feed and gave the new picasa a try. I really like it. Its going to be a great time saver for me. I love the Geo-tag feature.