Christchurch and Akaroa, then home

When we got back to Christchurch, we had booked one more night at the Jailhouse accomodations. It's a great place, but we'd also heard that the YMCA hostel was wonderful, and it is right across the street from the Christchurch botanical gardens, so we booked our 2 remaining open nights there. You think that staying at a hostel is an inexpensive way to go, but you don't expect to get the best location for the cheap price. Yet, that's exactly what you get at the Y. Across the street one way is the huge botanical gardens and the Canterbury Museum. A couple blocks in the other direction is the town center with the old church that was heavily damaged during the 2011 earthquake. 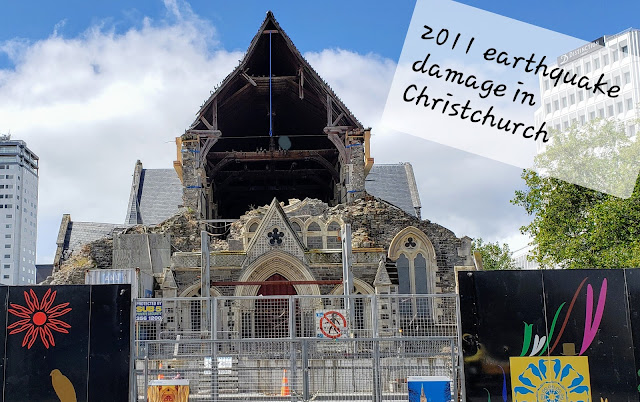 In walking around the area, we stopped in to a tourist information center where they convinced us to take a bus tour out to Akaroa - we're so glad we did! 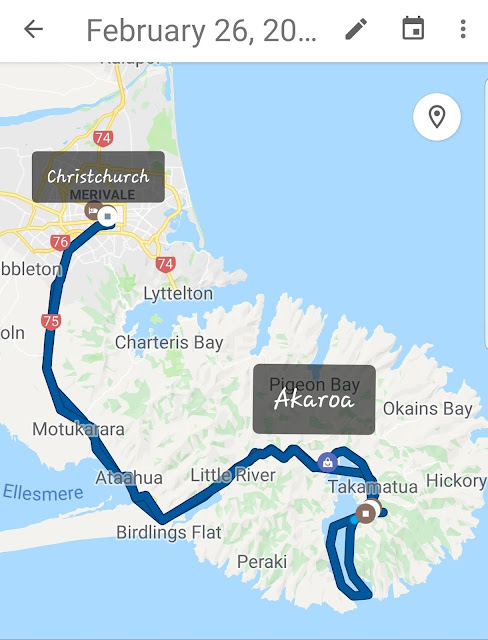 The bus ride was quite pleasant, and the driver had rich stories of the history of New Zealand. The Dutch explorer, Abel Tasmen was the first European to discover the islands. The Maori were already here - they call it Aotearoa. I'm not sure if Tasmen was too respectful of the Maori to "claim" the land for his home country or he was just lazy. Nevertheless, Dutch laid no claim. The French sailed into Akaroa harbor in 1838 but did not have the paperwork to "claim" the land for France so they sailed back to France to consult with the King and then sail back. Meanwhile, the English signed the Treaty of Waitangi with the Maori in 1840 and the ship named HMS Britomart sailed into Akaroa harbor on Aug 10, 1840 and immediately raised the Union Jack claiming New Zealand as part of the British empire. 5 days later, the French made it back complete with settlers and proclamations from the French king to claim the land for France. What a story. The end result was that the french were allowed to settle in Akaroa as long as they vowed allegiance to the British.
To this day Akaroa has a French section and a British section, you can tell by the names of the streets and the restaurants.
What a beautiful place. 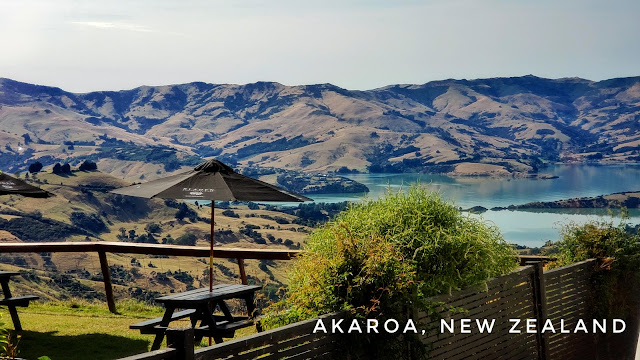 We stopped for lunch at a restaurant with seating overlooking the harbor. Who needs food when you have this view? But, the food was good too.

Part of our tour included a harbor cruise. Oh Boy.

It was a gorgeous day. We even saw the world's smallest penguin.

Back to Christchurch and we moved to our last hotel, the Doubletree. This had been booked as part of our skeleton plan for the whole trip. Very nice. Good breakfast. Then we're off to the airport and our LONG flight home. So cool to see this mural in the Auckland airport. It's a photo of the Castle Hill area near Arthur's pass, the place we call Birthplace of the Gods ... been there

Home safe and sound, and not even much worse for wear. We didn't feel much jet lag at all. We were even able to do our YouTube show on Sunday. We show our photos, maps, and blog posts and teach you how you can do the same to remember your travels ... easy-peasy with Google Photos, Google My Maps, and Google Blogger. Episode 161: https://www.youtube.com/watch?v=622cSsZtwSI&feature=share

Watch any episode of our Online Show on Learning Smartphones and Tablets!
What Does This Button Do?
Posted by Chris Guld at 2/28/2019