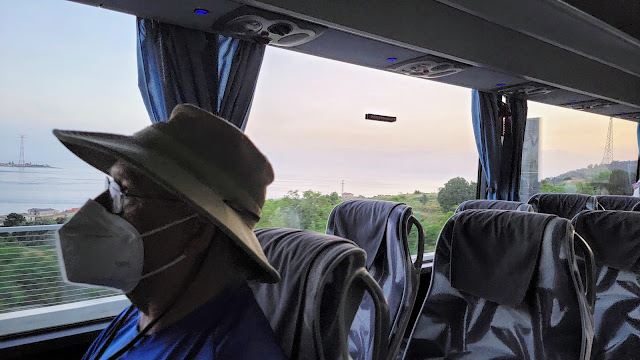 All night on the bus and when the sun comes up, we're at the water's edge of mainland Italy.

Yes, the bus ride was brutal, but we finally made it to the end of mainland Italy and then a ferry to the island of Sicily. 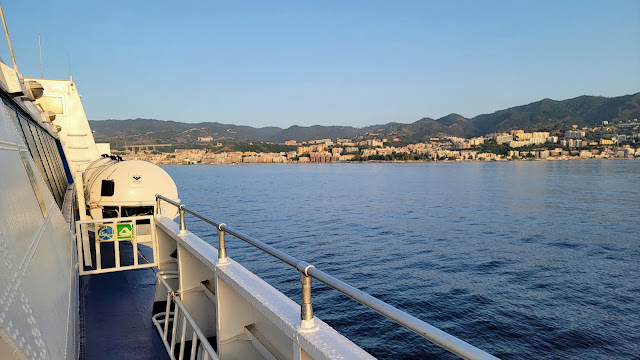 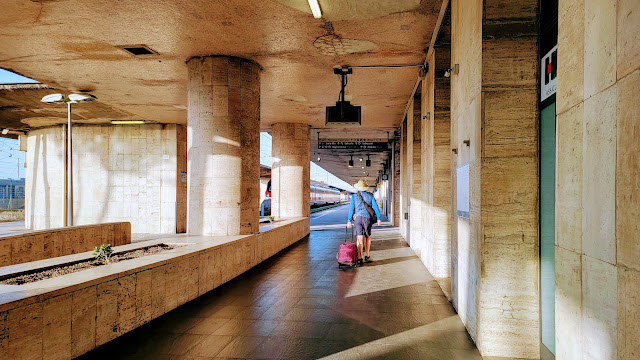 After a short ferry ride, we're at the train station in Sicily.
I hate the process of renting a car. I never know if I should get the extra insurance or refuse. Since we pay with Chase credit card they say to refuse and they’ll cover us. But the agent at the counter says that doesn’t cover incidentals like scratches. She pushes hard. Also we are early to pick up the car and it’s not available. She says we can upgrade to a BMW (which is available) usually it’s $80 a day but she has a special offer at $30 a day 120 total well… OK we really wanted to get a car now.
We just got off the train after an all night bus ride where we didn’t sleep at all the last thing we wanted to do was sit around an airport for six more hours. There were four people in line behind us. WTF is she talking about? Asking what we’re going to eat for breakfast?
It felt like she was trying to distract us while she signed us up for everything she wanted to sell. We did say No to the full insurance. We just wanted to get out of there. She gave us a slip of paper with how to get to our car. Only after we picked up the car  (a really nice car) did I realize that we had no paperwork. Jim had reserved the car through Expedia and paid $11 a day extra for Insurance. I have no idea if she understood us when we declined the insurance here and we signed nothing. God knows what we will be charged with when we turn it back in.
Lesson learned don’t be rushed when renting a car, get paperwork.
Post trip note: at one point it looked like we were charged with thousands of dollars, but that's just what gets put on hold till the actual charges are determined. The final charge was $620 for 5 days of driving around Sicily. It was a nice car! Sure glad we didn't scratch or dent it. 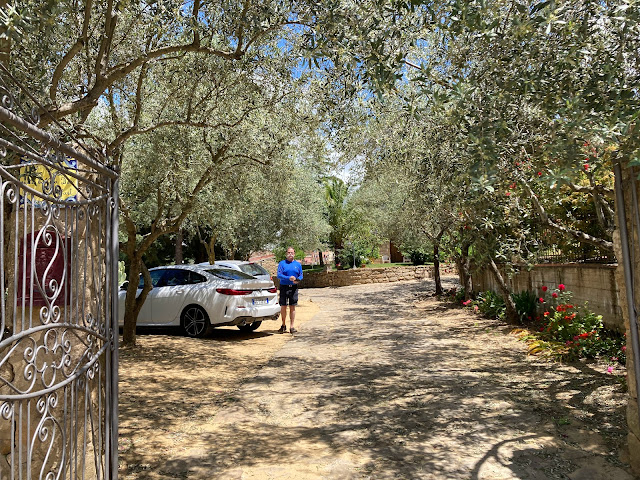