As I've mentioned before, the National Parks don't allow pets on trails. As I was perusing websites about the Moab area, I ran across a link that said 'click here for Pet Friendly trails'. So I did. It looked great. So we picked a trail that went to Morning Glory Bridge. A bridge is like an arch but it was formed by water. I can't imagine any trail being more spectacular. 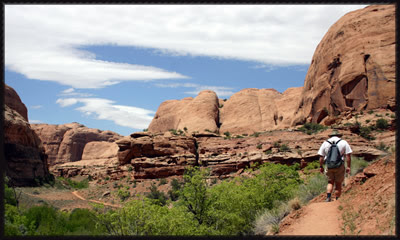 And, it's very unusual to have such a nice, fresh stream. 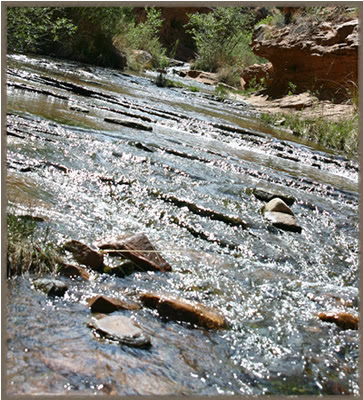 I was a little worried about Odie's ability to handle this hike ... stamina is not his strong point ... 4-5 miles is a lot more than he's ever done before. But he was just as frisky at the end of the hike as he was at the beginning. It must have been because he got to cool down every time we crossed the stream. 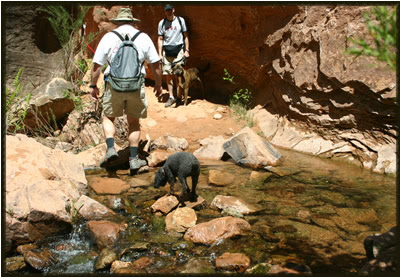 Since this was a pet-friendly trail in the midst of so much land where pets aren't allowed, I think everyone on the trail had at least one dog - Odie was very sociable, sniff ... sniff. 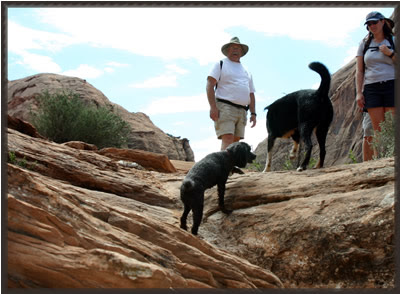 Here's our destination, the Morning Glory Bridge. This is 243 feet long and the sixth-longest natural rock span in the United States, according to the website's description. 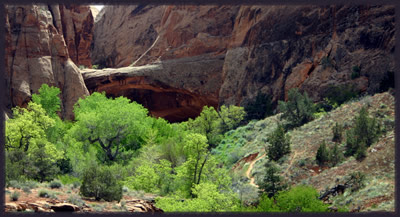 And, here is a view looking up from directly below the Bridge: 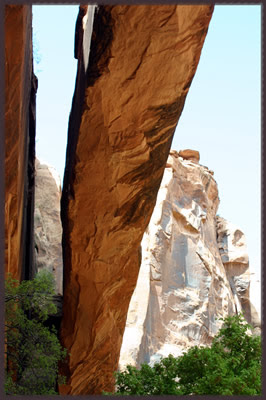 Along with the spectacular scenery was the everpresent wildflowers. Here's a type of Paintbrush called 'Slickrock Paintbrush'. 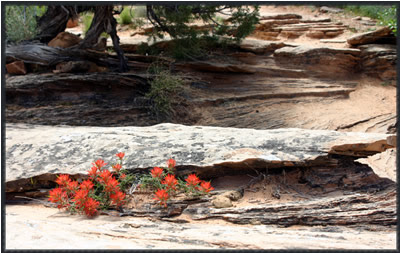 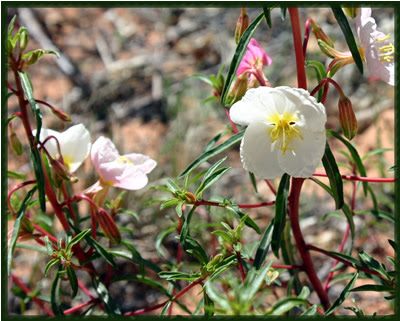 And, if this isn't called a 'Fireworks Flower' - it should be! 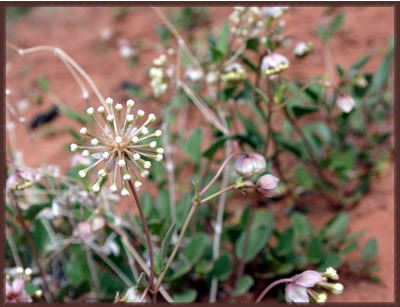 I wish someone would invent a 'scratch and sniff' screen so I could share the frangrances with you as well. One of my clearest memories from years of backpacking in the west is the smell of sage ... I love that smell. Just pick a little piece, rub it between your fingers and keep putting your hand to your nose. Delightful. 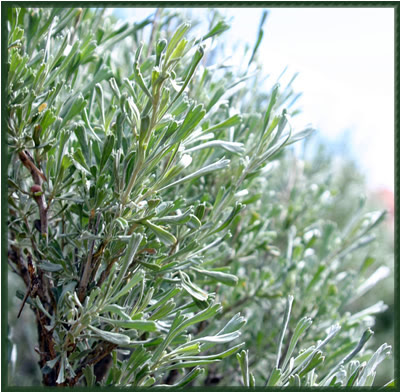 I considered changing favorite smells to Juniper when Melinda reminded me that they make gin from Juniper. Pick a berry and scratch it, then hold to your nose. The original 'scratch and sniff'! On this trail, we had both so I could compare. The sage still wins. 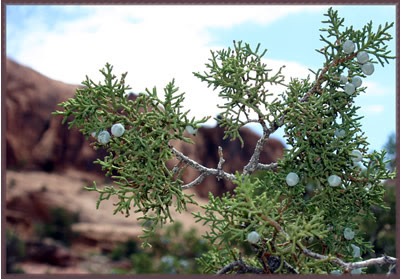 What a great hike. 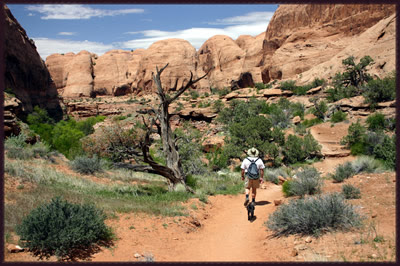 It would be fun to have dog friendly holidays. They'sre great company and there are also many accommodations that would alow pets so, you don't have to worry.